Binance CEO Changpeng Zhao shared today that the attack on the company's newly-launched Bitcoin futures platform was a false alarm, assuring that “only the attacker lost a bunch of money.” 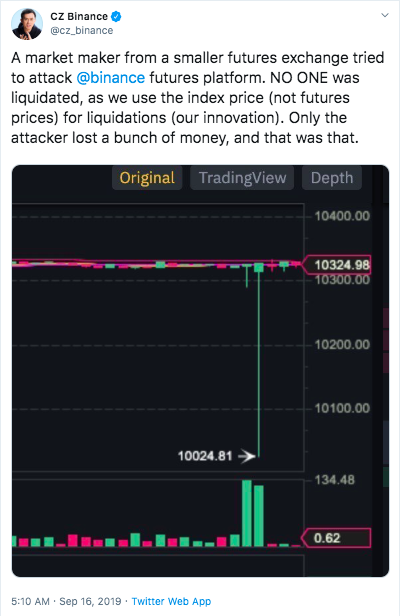 At the start, the Binance futures platform witnessed trading volumes worth $170 mln. Today Zhao reported that the platform experienced an attack – an unnamed party tried to crash the marketplace serving the Bitcoin futures product.

The graph attached to the Twitter post shows a sharp decrease in the BTC/USD price for the futures order book – from $10,324 to $10,024 in seconds. Allegedly, an undisclosed solo actor crashed the BTC/USD order book in what Zhao called a second attack on the platform.
Later Zhao added that most likely the attack was the result of a technical error on behalf of a “well-known” competitor:

Apparently, the attack turned out to be a false alarm, originating from human error. Meanwhile, Twitter users have pointed out that the price fluctuation has been mainly caused by low liquidity as the platform is still working in invite-only mode following the testing period. 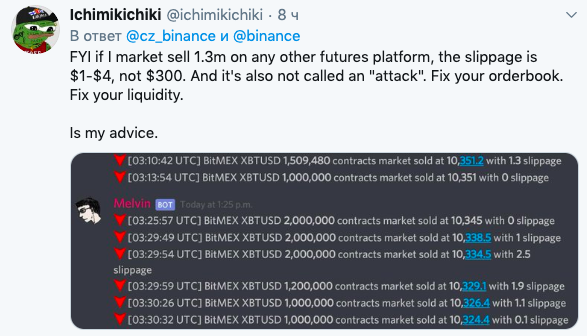