Data from Bitcoin charts shows that the Bitcoin hash rate is at a new all-time high of 101 EH/s less than a week after a 40 percent flash crash.

At the time of writing, the network’s hash rate, an estimate of the computational power dedicated to the network, stood at 101 EH/s, a new record that surpassed that of Sept. 16th when the Bitcoin network printed a new temporary all-time high of 90 EH/s.

Notably, the BTC price is following a downtrend despite its hash rate quickly recovering, contrary to an existing theory that the hash rate relates to price movements previously expressed by bitcoin bull and financial analyst Max Keiser and other proponents.

Meanwhile, the sharp recovery of hash rate, coupled with other on-chain metrics as developer activity, the number of daily Bitcoin transactions, and macro-economic factors mean Bitcoin’s outlook is bullish according to Hans Hauge, a senior quantitative researcher at crypto fund Ikigai Asset Management. 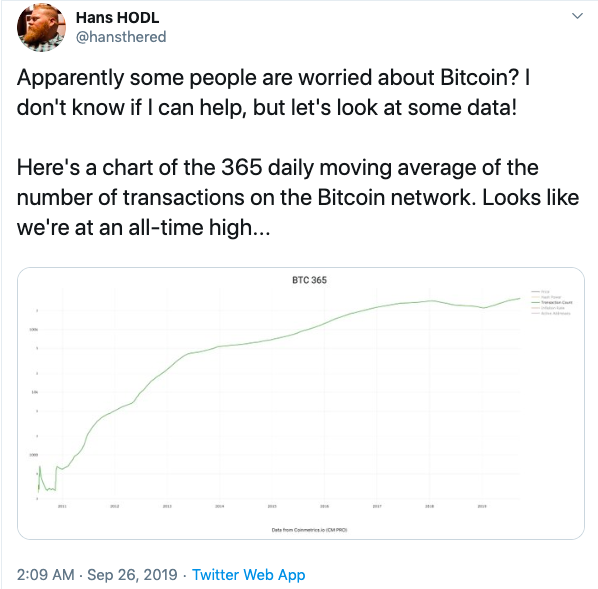 Mati Greenspan Senior Market Analyst at eToro noted on Twitter, that: “Miners are clearly not being deterred by this week's price action”. 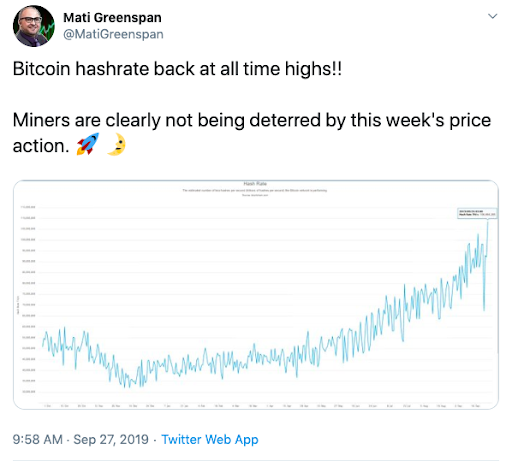