Bitcoin’s New Records: Number of Wallets with over 10 BTC and SegWit Txs Share

The number of Bitcoin addresses holding at least 10 BTC recently hit an all-time high, reveals Coin Metrics statistics. According to data, as of the 1st of September, there were 157,216 Bitcoin wallets with at least 10 bitcoins. 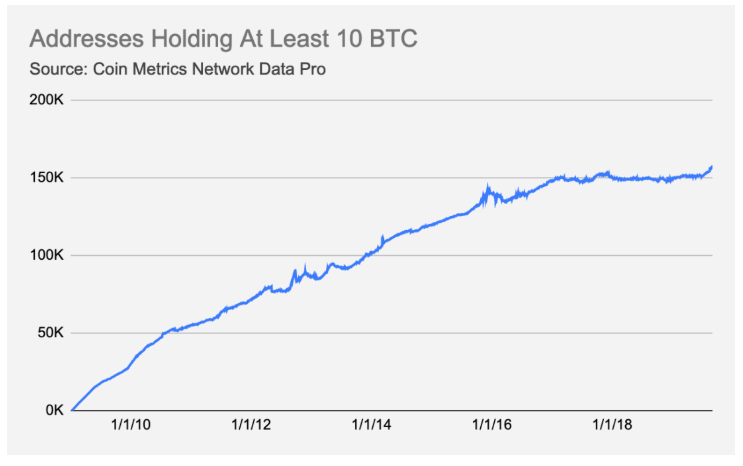 Meanwhile, now BitInfoCharts shows that at this moment there are 157,256 addresses that hold over 10 BTC, which is an unsurpassed Bitcoin record. This means that less than 1% of the accounts hold more than 85% of the total coins. At the same time, the 4 richest accounts are the accounts of the exchanges Huobi, Binance, Bittrex, Bitstamp, which hold the bitcoins of their users.

This is just one of a few Bitcoin records reached in a row this month. Bitcoin payments share via SegWit protocol also hit an all-time high, bridging over 50% according to Transaction Fee Info. By the middle of the month, 50.47% of the transactions were executed via Segregated Witness protocol. 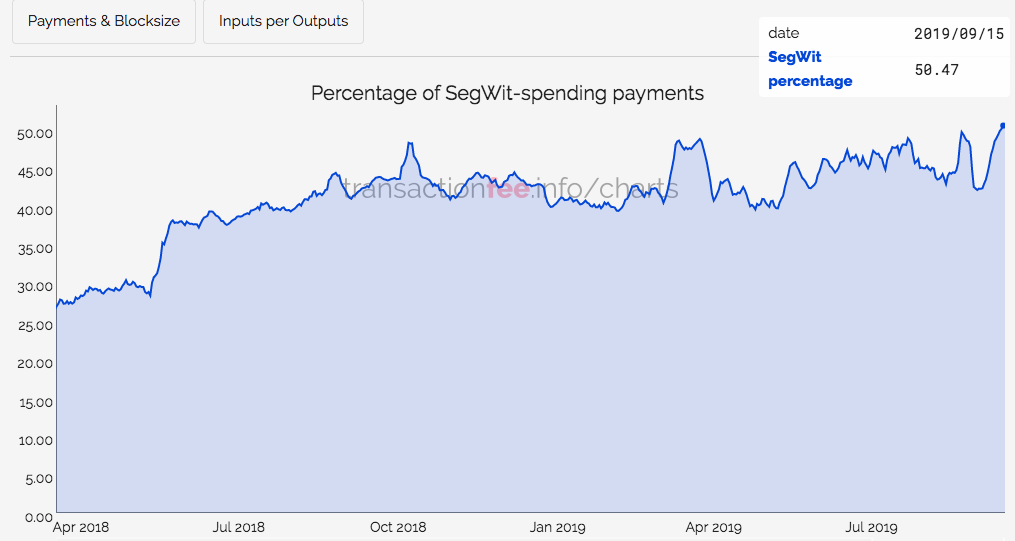 Other important Bitcoin indicators – hash rate and mining difficulty – have recently reached peaks too. According to BTC.com data, hashrate reached 90 exahashes per second, while mining difficulty jumped to almost 12 trillion. 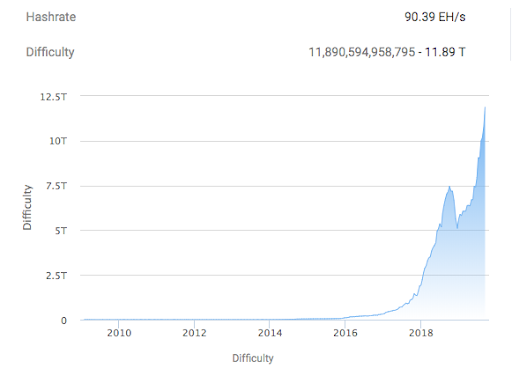