An internal letter sent to all Bitmain staff claims: “Bitmain’s co-founder, chairman, legal representative and executive director Jihan Wu has decided to dismiss all roles of Ketuan Zhan, effective immediately. Any Bitmain staff shall no longer take any direction from Zhan, or participate in any meeting organized by Zhan. Bitmain may, based on the situation, consider terminating employment contracts of those who violate this note.”

In the official response to the media, Bitmain confirmed that all decisions made by Jihan Wu would be effective immediately. As shared by Dovey Wan on Twitter, Bitmain officials seem to be looking forward to Jihan’s leadership. 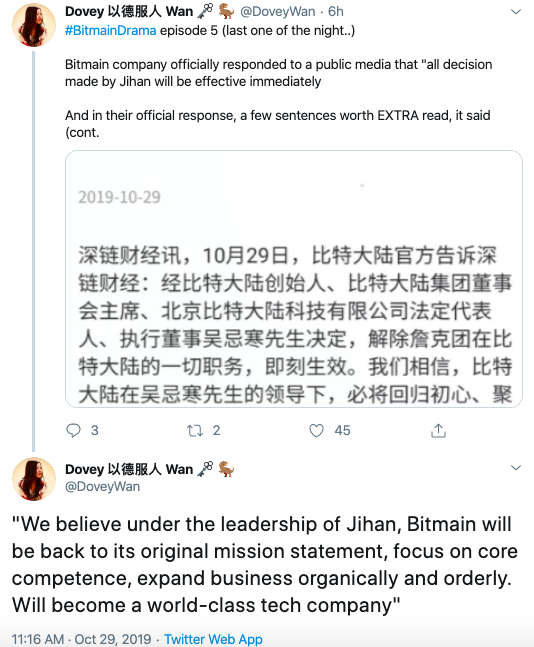