The sudden price drop of BTC has triggered the liquidation of long positions on BitMEX, right after the CEO of the exchange shared his prediction of BTC hitting $20,000.

Today BTC has experienced a sharp decline in price, descending below $10,000 down to $9,716, which can be seen in the COIN360 graph. While many traders have said that they expected this to happen and bulls have little to worry about, this drop triggered some internal moves at the BitMEX exchange and caused long position liquidation. BitMEX traders that were using the exchange’s marginal trading instruments lost about $150 mln when the market moved adversely against their long positions. When the trend approached the set Bankruptcy Price and breached the Liquidation Price, the Liquidation Engine acted on their behalves and liquidated them automatically.

According to Josh Olszewicz’s post on Twitter, $150 million in long positions was liquidated on BitMEX alone and a number of traders lost over $100,000. 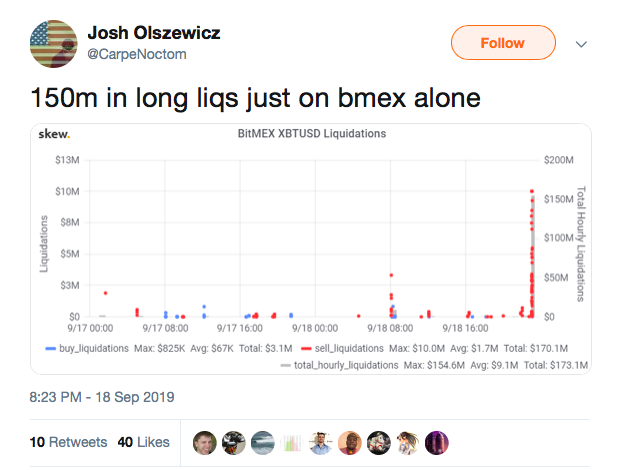 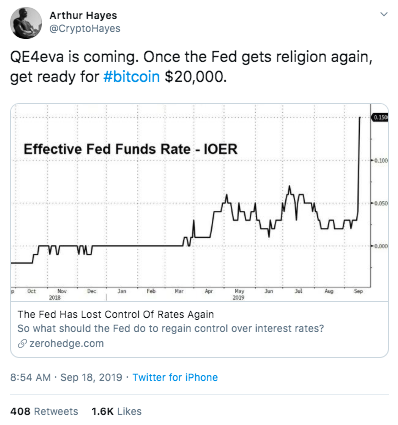