Blockchain in IoT: Benefits and Use Cases

Blockchain and the Internet of Things (IoT) have both been emerging in recent years with all the public attention as well as global finance and industry leaders implementing both technologies in their ecosystems. This article will explain the Internet of Things concept simply and will give answers to some essential questions about blockchain and IoT convergence, its benefits and future challenges, and its use cases for major corporations.

What Is IoT in Simple Words?

IoT, or Internet of Things, is a concept of connecting any possible devices to the internet, making a network where they could collect and exchange data with each other. It’s important to note that objects united into an interconnected system do not require human-to-human or human-to-computer interaction to obtain, receive or send data. Computers and smartphones are definitely a part of IoT, but it also includes plenty of other things: cars, smart home appliances, medical equipment, sensors of any kinds, printers, and much more.

Devices in IoT can be divided into three groups:

What Are the Major Vulnerabilities of IoT?

There were already multiple cases of IoT devices sharing private information on the Internet and being hacked. Some of these cases threatened the life and health of people. For example, in 2017, the Food and Drug Administration (FDA) recalled 500,000 internet-connected pacemakers, which were considered vulnerable to hacks. In another example, hackers found vulnerabilities in Jeep cars and forced emergency stops at high speed.

Traditional IoT systems are often built on a centralized closed source architecture, and it has generated a lot of issues. Devices collect information and send it to the cloud, where it is processed and then sent back to IoT devices. This system requires third parties to check and authenticate each transaction between devices, which leads to limited scalability, increased costs, and a lot of weak points where network security can be compromised.

Interoperability in IoT remains at low levels because of the coexistence of multiple protocols and connectivity standards. Different IoT platforms have different connectivity formats, and manufacturers have to choose one when producing their equipment. A single IoT platform is not compatible with all devices. If a manufacturer produces a device compatible with one platform, this device can’t be easily connected to another platform. The current situation satisfies neither manufacturers nor users, and it would be much more comfortable to have a single standard.

How Can Blockchain Help Improve IoT?

Blockchain treats device message exchanges as transactions validated by smart contracts. Transactions are recorded in blocks, this ensures that they are arranged in the right sequence and assigned a timestamp when they are added. Cryptographic algorithms used by blockchain make consumers’ data more secure, private and also prevent previous records from being changed.

Blockchain is designed to serve as a basic layer for applications that involve transactions and interactions, and smart contracts play a significant role in it. They are carried out automatically (and do not need intermediaries to approve or authenticate a transaction) when specific conditions are met. What do they bring to IoT? Secure and autonomous functioning, cheaper and faster transfers and decreased vulnerability of data security. Smart contracts also make billing processes easy and comfortable: there’s no need in complicated payment systems. A transaction is executed, tokens are transferred, and these processes are clear and transparent on blockchain.

In contrast to a traditional centralized architecture, a decentralized blockchain network would improve the fault tolerance of a system. A single point failure won’t disable the entire network, because it runs on millions of individual nodes. Moreover, in a decentralized system, the stored and processed information is not controlled by a few powerful companies.

Blockchain reduces connectivity costs significantly by eliminating the necessity for the infrastructure. No additional administrative, service maintenance or setup costs are necessary.

What Are the Blockchain IoT Platforms?

IOTA is one of the oldest blockchain IoT platforms. IOTA built the data transfer layer for IoT based on Tangle, a new distributed ledger technology. IOTA provides trustless and permissionless money transfers without any transaction fees and with micro-payments available. With increased scalability (parallelizing transaction issuance and validation and, therefore, a higher transaction throughput), IOTA is an appropriate solution for IoT, which can require billions of micro-transactions between devices daily. 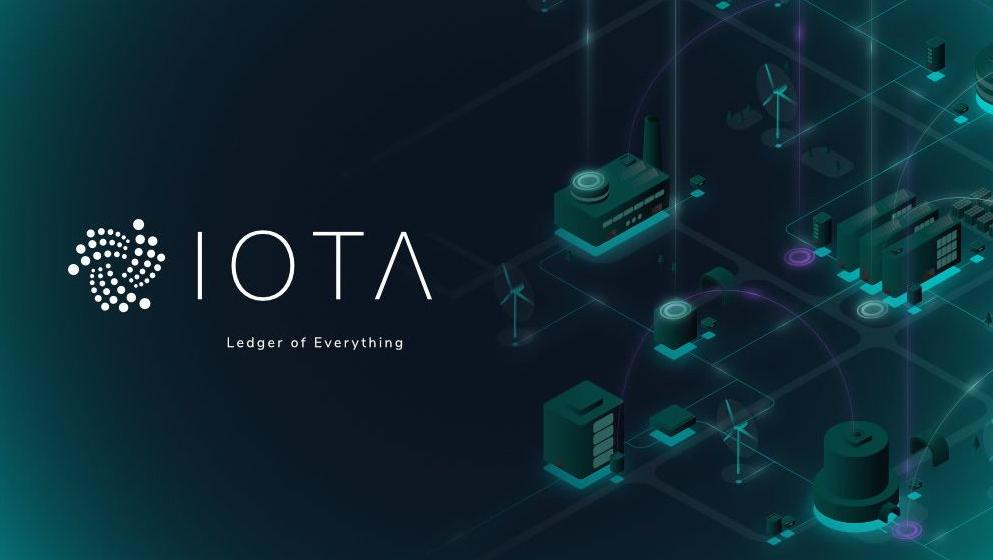 Waltonchain provides hardware and software for tracking processes and products in the supply chain. It has developed a smart RFID (radio-frequency identification) reader-writer which collects, processes and uploads data to the blockchain automatically. Waltonchain’s cross-chain technology tends to achieve data integration, circulation, verification, and storage between different blockchains.

IoTeX is a blockchain infrastructure for IoT which coordinates autonomous devices and connects them to the physical world. IoTeX leverages a blockchain-in-blockchain architecture with its native IOTX token, launched on the IoTeX Mainnet. IoTeX real-time consensus with instant finality enables efficient cross-chain communication for billions of IoT devices, providing higher network throughput and reduced transaction costs.

What Are Some Blockchain & IoT Use Cases in the Industry?

The latest partnership of the UK’s largest car manufacturer with IOTA boosted the price of MIOTA (the platform’s native token) by 20% in 24 hours on Monday, Apr. 29. The cryptocurrency will be used to reward drivers for sharing information about traffic jams and potholes. The rewards can be later used to automatically pay for tolls, parking and electric charging.

IOTA’s head of partnerships, Holger Köther, claimed: “Our distributed ledger technology is perfectly suited to enable machine-to-machine payments for smart charging, parking and tolls, in addition to creating opportunities for drivers to earn their own digital currency.”

Volkswagen had been actively exploring IOTA, and it resulted in the presentation of a Proof-of-Concept (PoC) that uses IOTA’s Tangle system for autonomous cars at the Cebit ‘18 Expo in Germany in June 2018. The new “Connected Car” system will use IOTA’s Tangle to transfer software updates securely and wirelessly. 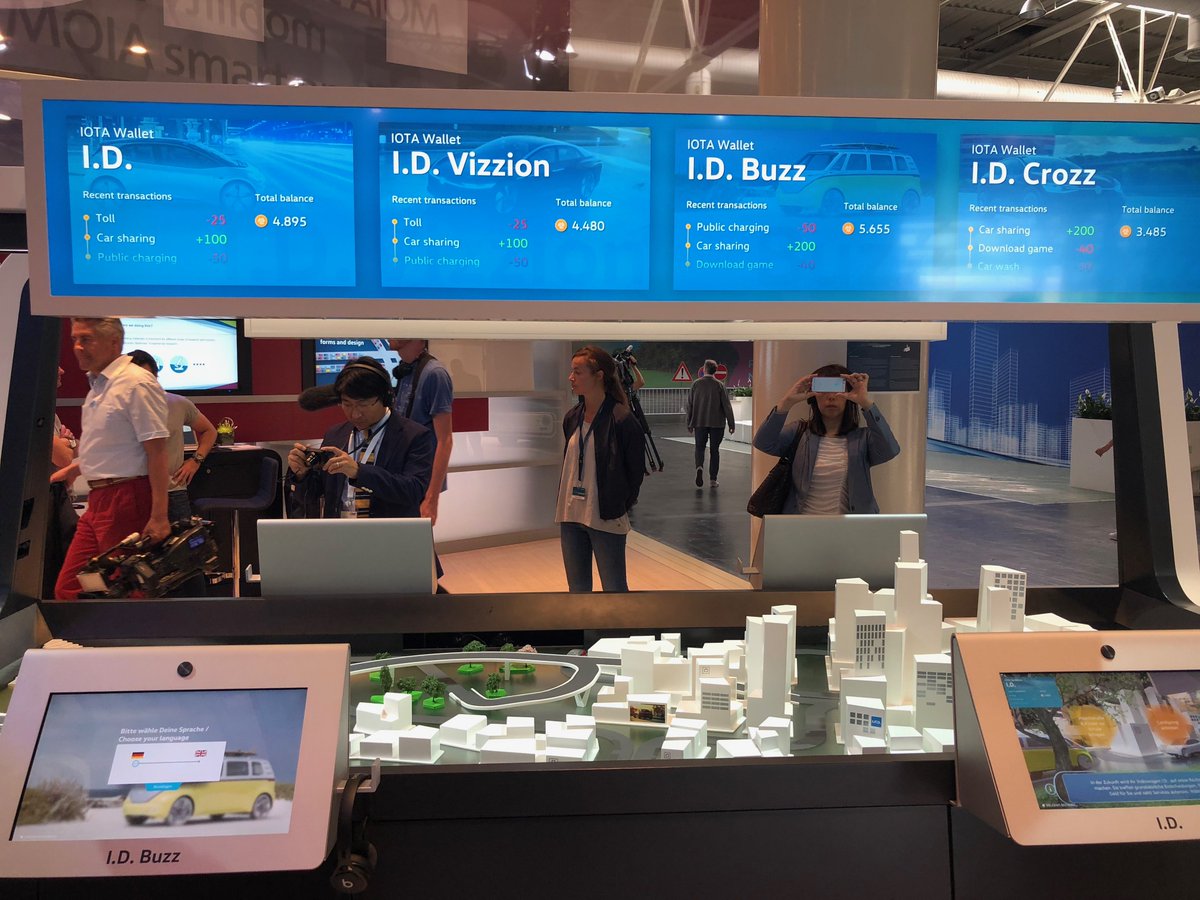 IOTA and Volkswagen at the Cebit Expo

The leading Japanese information and communication technology company backed IOTA as a new protocol standard for audit trails. Fujitsu planned to use IOTA to improve transparency, data security, and trust in the age of Industry 4.0 manufacturing and supply chains. The Fujitsu team considered the IOTA protocol as an “immutable data storage medium” for audit trails across “industrial production environments and supply chains”.

The Bosch XDK (Cross Domain Development Kit) is a programmable sensor device and IoT prototyping platform which can be used as a sensor node solution. The Bosch XDK can be used to collect specific real-time data which can be traded on the IOTA Data Marketplace. Masked Authenticated Messaging (MAM) enables data to be shared P2P through a secure, encrypted channel.

What Challenges Are There for Blockchain in IoT?

Most existing blockchains are not suited for the huge amount of data produced by IoT devices, and this amount will be increasing significantly. Research shows that the number of devices connected to IoT will reach at least 20 billion by 2020. Both Bitcoin and Ethereum have suffered from scalability issues, and their current state doesn’t allow them to deal with the amount of data produced by IoT devices without slowing down.

Blockchain tends to make IoT more secure, but problems might emerge from the non-blockchain side. The security of devices connected to IoT is also challenging, and blockchain can’t guarantee that they won’t be hacked. It means that any IoT device should, in a perfect world, have the highest degree of protection, but it’s not cost-effective.

All IoT devices are connected by the Internet, but things get more complicated when we add blockchain. Different blockchains are mostly isolated from each other, and if the interoperability challenge isn’t addressed, we will end up with smart devices connected to multiple isolated decentralized networks. It could work fine for particular purposes, but it wouldn’t become the Internet of Everything, where all devices are interconnected and can interact with each other.

Enthusiasts often say that blockchain makes any industry better, revolutionizing the way a lot of things work. Will this be true for IoT? Perhaps, as blockchain might bring important benefits to IoT, but the major challenges should be addressed anyway. Well-known blockchains like Bitcoin or Ethereum can’t handle huge volumes of data from IoT devices. IOTA has chosen a different path by building their Tangle platform with increased scalability, and this approach was approved by many large corporations, including Jaguar Land Rover, Bosch, Fujitsu, and Volkswagen.