The Chinese stock market skyrocketed on Monday with almost all blockchain-related A-shares showing maximum daily gains of 10%, which is the daily limit. The surge coincided with the news that China’s President Xi Jinping urged the country to speed up blockchain technology adoption. Moreover, it came soon after the Bitcoin price rally, which managed to gain 42% last Friday, which made it the biggest intraday gain since 2011.

Against this background, blockchain-related companies located in China such as Feitian Technologies, Beijing Certificate Authority, Shunya International Martech Beijing, Yusys Technologies, and others (over 100) saw their stocks go up and hit the 10% daily limit. 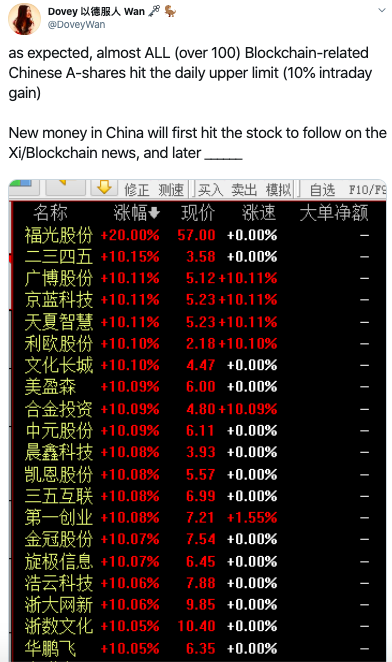 Meanwhile, the number of Internet searches for “blockchain” and “Bitcoin” has increased significantly over the last few days, as reported by many observers.

In China, WeChat searches for “blockchain” surged almost 12 times, probably due to the President’s comments. 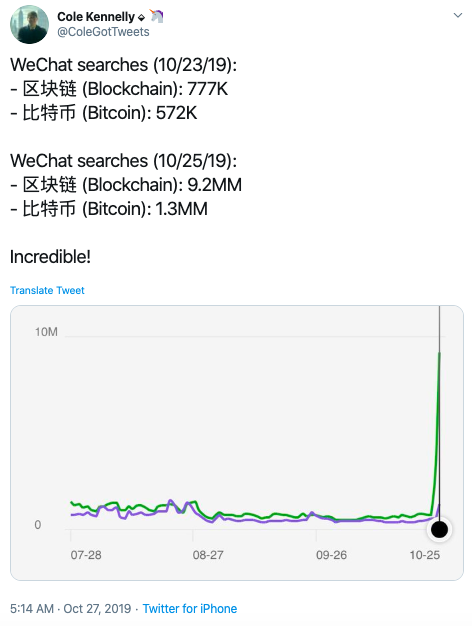 Google Internet searches for Bitcoin in the USA have also increased, as shown by Google Trends. Alex Krüger, economist, trader, and technical analyst suggests that the higher interest in Bitcoin expressed in the increased number of searches was caused by the latest Bitcoin price rally. 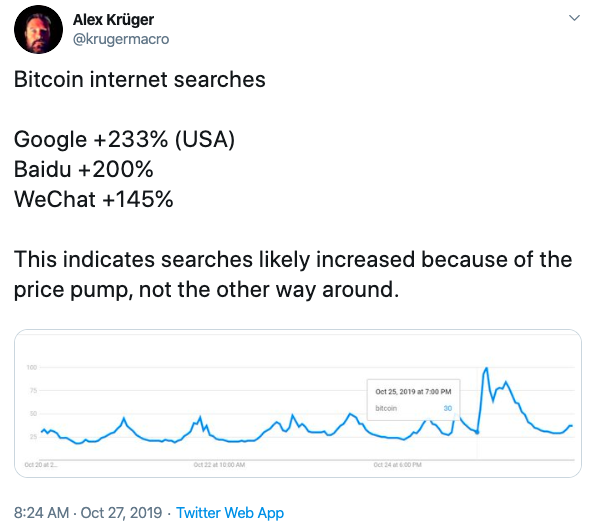