I Believe I Can Fly

The bullish momentum continued for yet another day, Bitcoin traded in the high $5,300 area, while Ethereum looks set to test the psychologically important $200 level. Compared to the flurry of activity on the CME last week, the trading volume on Monday was rather light, with only 9,769 contracts exchanging hands. Still, FOMO looks to be in full force according to New York Times journalist and crypto influencer Nathaniel Popper, who Tweeted: “Update on Facebook’s cryptocurrency: Sources tell me that Facebook is now looking to get VC firms to invest in the Facebook cryptocurrency project we reported on earlier this year. I hear they are targeting big sums — as much as $1b.” According to one source Popper talked to, the social media company might utilize the invested funds as collateral for the new digital asset.

Coinbase announced that it is adding EOS, Augur’s REP and MakerDAO’s MKR to its professional trading platform. While EOS and REP both have dollar, euro and Bitcoin trading pairs, MKR can only be bought using Bitcoin or USDC, a stablecoin issued by Coinbase and Circle. As a reminder, last week we pointed out that the acquisition of MakerDAO support is a very bullish development for Ethereum. Not only is this a huge boost for the credit ecosystem and DAI, but it also suggests that Coinbase does not believe that the SEC poses a material risk to MakerDAO or DAI. Still, as evidenced by the chart below, DAI continues to trade below its target of 1, however a lot of this can be attributed to its own success and increased participation in CollateralDebtPositions (CDPs). It’s worth pointing out that the 2.0845% of total outstanding ETH supply is now locked into the credit ecosystem. 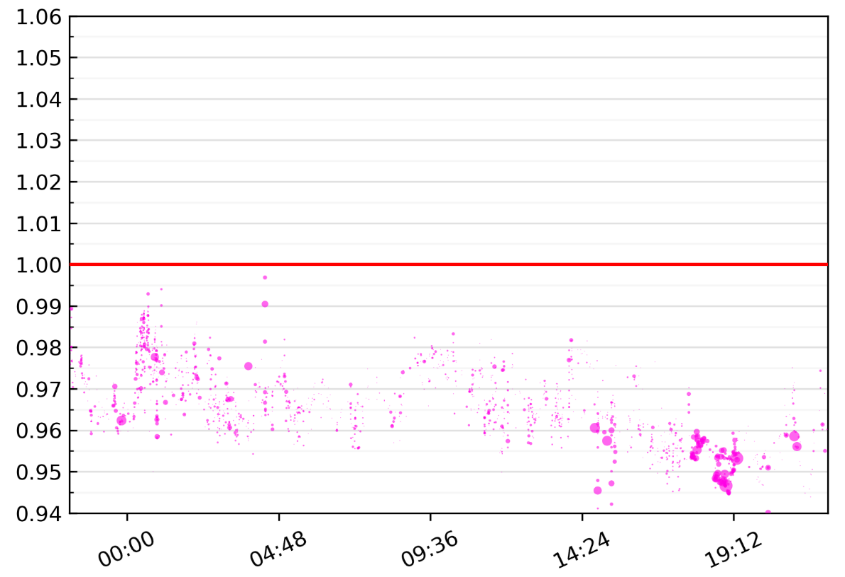 In other news, US bank holding company Capital One won a blockchain-related patent for content validation. The patent, which was originally filed on February 22, 2018 and released last week, details a device that supports a content validation network based on blockchain technology. While, Kleinwort Hambros, a Societe Generale-owned private bank and wealth manager, has launched an actively managed exchange-traded note (ETN) targeting the blockchain sector. The blockchain note will initially have 20 stocks diversified across areas including technology, shipping, oil and gas, custody and industrials.