Institutional investment in the cryptocurrency world has seen a significant increase lately. With the current global economy in a bleak state and with many signs pointing at a possible recession, investors have been expanding their horizons and are now considering other alternatives for investment. During times affected by things such as the US-China trade war and flounders from reputable banks, cryptocurrencies entered into a bull market that skyrocketed the price of Bitcoin and other altcoins alike. This made institutional investors from hedge funds to banks, and even to public pensions, consider investing in cryptocurrencies.

Towards the Institutionalization of Crypto

At its beginning a little more than 10 years ago, picturing Bitcoin as part of the portfolios of banks and other institutional investors would have been considered nothing more than folly. However, since 2017, private banks started to offer products related to cryptocurrencies and soon, multiple other traditional institutional investors followed suit. Reports of a bank selling Bitcoin first arose in July of 2017, when Swiss private bank Falcon announced that it would allow its customers to buy and hold Bitcoin, with Bitcoin Cash, Ethereum, and Litecoin being added to the service months later.

In the same month, the U.S. Commodity Futures Trading Commission (CFTC) approved an application from LedgerX to become the first exchange to be able to clear and settle derivative contracts for cryptocurrencies. This holds little relationship with institutional investors per se, but it shows that this period was one where cryptocurrencies as a whole were being looked at differently. Soon enough, in October 2017, the Chicago Mercantile Exchange (CME) Group announced the launch of their Bitcoin futures platform. The Chicago Board Options Exchange (CBOE) was quick to follow, also announcing a platform of futures contracts in December 2017.

CBOE and CME are two of the pioneering platforms for Bitcoin futures contracts that played an important role in offering crypto-related services to institutional traders.

2018 would bring even bigger news when it comes to traditional exchanges and institutions dipping their toes in crypto. On Aug. 3, 2018, the Intercontinental Exchange (ICE; owners of the NYSE, the world’s largest stock exchange) announced the release of Bakkt, a regulated Bitcoin futures exchange and global ecosystem designed to support digital assets and serve both institutions and regular consumers. Due to its association with the NYSE, it intends to bring transparency and trust into the world of cryptocurrencies and provide a fully regulated trading ecosystem for institutional investors. Adam White, Bakkt’s COO, was quoted as saying in an official blog post: “This launch will usher in a new standard for accessing crypto markets. Compared to other markets, institutional participation in crypto remains constrained due to limitations like market infrastructure and regulatory certainty.” In the same blog post, he specified that testing for the Bakkt futures contracts will start on Jul. 22. Bakkt’s launch has been delayed several times due to CFTC regulatory concerns.

Bakkt finished the year by announcing the results of their first round of funding—in total, the company raised $182.5M from 12 investors, which, among others, includes the ICE, Microsoft, and Horizons Ventures. Thanks to its ties with the NYSE, it has already struck deals with Microsoft and Starbucks for cloud infrastructure and for the development of applications for consumers to reportedly convert their crypto to dollars they can spend at Starbucks. 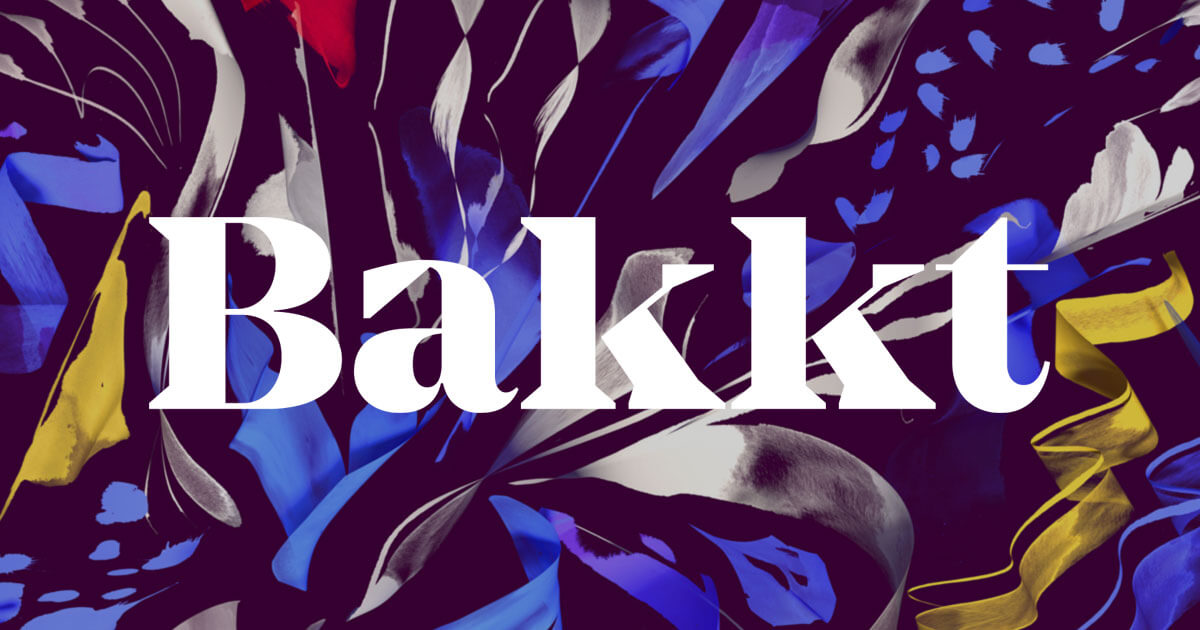 Bakkt raised more than $180M in their first round of capital raising. Among the investors, there were institutions such as the ICE and Microsoft.

But institutional investment hasn’t been exclusively related to traditional market players deciding to engage in cryptocurrency trading. One such example is universities. As it was reported in the October of 2018, several endowments of Ivy League members and other prestigious educational institutions including Harvard University, Stanford University, and MIT have invested in cryptocurrency funds. Additionally, in the same month, it was reported that Yale was one of the investors that allowed the Paradigm crypto fund to raise $400 million. In April 2019, Harvard University once again dove into crypto when it invested in digital currency firm Blockstack’s digital-token offering.

A long path has been travelled since 2017, and now, more institutions want in. Nasdaq and Fidelity are reportedly also launching their own Bitcoin futures platforms, and they may not be the last to do so if Bakkt is successful.

A Shift in Perception

We are at a special point in time when it seems more advisable for institutions to engage in cryptocurrency trading and understand a revolutionary technology rather than keep ignoring or dismissing it. This is why it is commonplace to find news about partnerships, launches, and even announcements of new records that point towards an increased institutional interest in Bitcoin and other cryptocurrencies in our weekly overviews. This constant flow of announcements means that there is a conscious effort being put towards raising the standards of the industry in order to comply with the expectations of institutional investors.

While institutional investors are considered a gateway to mass adoption, institutions also benefit from having exposure to cryptocurrencies. As explained in an official Redsand blog post, opportunities such as these should be seized as they allow institutions to be a part of emerging technology rather than watching it get more powerful from the sidelines. Additionally, the technology that underlies cryptocurrency has potential uses that go far beyond Bitcoin, and such technology could become commonplace tomorrow.

2019 started off on the right foot when it comes to institutional investment. Crypto-oriented news outlets reported in January 2019 that, from over 100 interviews with institutional investors, one of the commonalities that stood out the most was their “overwhelmingly positive” response. More importantly, these interviews were from January 2019, a month where Bitcoin struggled to break the $4k mark (which puts it at least 5 times lower than its all-time high price of $20,089). In this context, a three-stage learning curve for institutional sentiment towards cryptocurrencies has been proposed.

The three different phases for institutional sentiment towards crypto, from skepticism to full adoption.

According to Redsand’s blog post, there has been a shift from widespread skepticism (phase I) to curiosity (phase II) towards cryptocurrencies. In the past, it would have been common for investors to just scoff at the idea of embracing crypto. Now, institutional investors are curious about crypto assets, and might even be willing to embrace them. A shift to phase III would mean that all investors would be willing to fully embrace crypto, so it is much more likely for institutional investors to remain within phase II and assess the situation before investing.

The current level of institutional presence is backed up by several indicators that show just how much institutions have started to embrace cryptocurrencies at the institutional level. In this regard, some Bitcoin futures platforms have also had a highly successful 2019. Just in the month of June alone the CME Bitcoin futures platform broke its all-time high for open contracts multiple times. At the beginning of the month, the number of open positions for future contracts was 5,190 and by the end of it, they had surpassed 6,000 contracts and $1.7B in notional value, another all-time high. The CBOE platform, on the other hand, announced in March that it will not add new Bitcoin futures contracts to its platform.

One specific institutional investor that has had a remarkable 2019 is the Grayscale Bitcoin Trust (GBTC), a fund that allows traders to invest in Bitcoin through more traditional means. According to Grayscale’s Digital Asset Investment Report for Q2 2019, Grayscale had $2.7B worth of assets under management (another all-time high), and earlier in the month it was reported that its value yielded almost 300% in year-to-date appreciation. What’s more, it was later revealed that GBTC vastly surpassed mainstream investments such as S&P 500 and Global Dow, who only had a year-to-date appreciation of 18.7% and 12.9%, respectively. 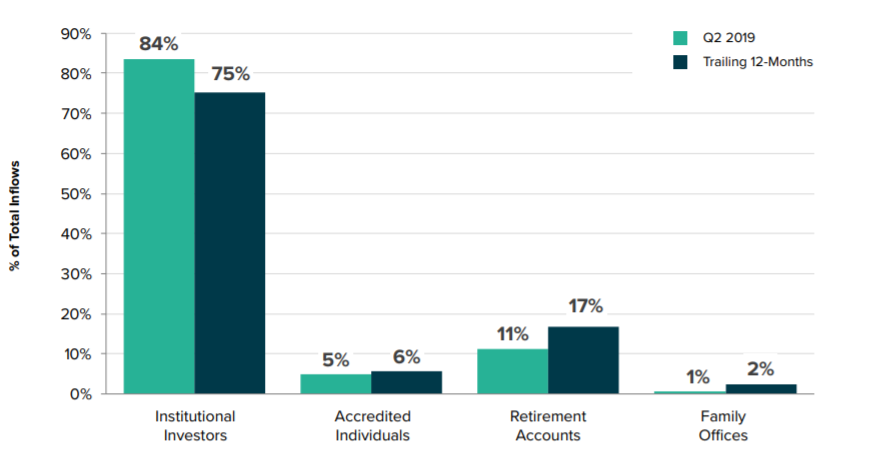 Grayscale’s quarterly digital asset investment report shows that institutional investments are even more dominant than what they were during the last 12 months.

Another recent institutional investor is investment adviser Morgan Creek, who set up the $40M Morgan Creek Blockchain Opportunities Fund in February. Two public pensions — Virginia’s Police Officers’ Retirements System and Employees’ Retirement System — joined in investing in cryptocurrency, which marks the first time that a public pension has invested in blockchain technology. Part of the fund has been invested in Bakkt and other startups, as well as giants like Coinbase. In the announcement tweet, Anthony Pompliano, co-founder of Morgan Creek, hinted that other institutions were already interested in getting involved with crypto as well.

The Future and Community Response

There is an opinion in the crypto community that applying too many regulations to cryptocurrencies is not ideal since it would strip crypto of its very essence. However, regulated service providers and such are bringing other agents into the field that enable institutional investment. This brings us to a co-dependency of sorts between retail and institutional investors, where the institutional sector needs retail interest in order to trigger a deeper commitment from institutions, just like the retail sector needs the trust and oversight provided by institutional partners to feel more comfortable with taking the risk of investing in cryptocurrencies.

However, sentiment towards institutional involvement in crypto hasn’t been the same everywhere. For Changpeng Zhao, CEO of Binance, retail investors are still the ones who drive the rally. In an interview with Bloomberg, he was quite categorical in saying that “the number of institutions coming into this industry has not increased that tremendously in 2019 yet.” For Binance, Zhao says, there has been an uptick in both sectors, but individual investors still account for 60% of Binance’s trading volume, similar to last year’s volumes. 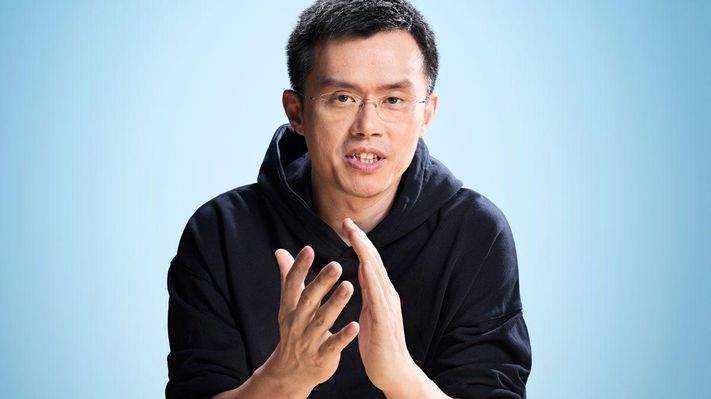 Changpeng Zhao has declared that institutional investments haven’t made a substantial difference in Binance’s trading volume.

Henri Arslanian, Chairman of the FinTech Association of Hong Kong, has drawn parallels between the crypto hedge funds of today and the traditional hedge funds of the early 1990s. Over the next few years, he notes, the industry should go through a period of institutionalization taking place at a faster pace. His words can somewhat be backed up by the release of Facebook’s Libra cryptocurrency, which caused regulators from all over the globe to intercede in the matter.

With regards to the future of cryptocurrencies, the involvement of institutions has opened up new ways to engage in cryptocurrency trading for both individuals and companies. One such example is a recent practice wherein institutions such as hedge funds pay software developers money to interpret market sentiment and therefore predict the price movements of Bitcoin. Other cases are simplified by Coinbase, which has changed its business focus to better fit the needs of their institutional customers. Elliott Suthers, Coinbase’s Director of Communications, stated that institutional businesses (asset issuers, university endowments, and pension funds among others) are one of Coinbase’s fastest growing businesses, which is why they’re actively working on that area.

Despite all the good and the bad that 2019 has brought to cryptocurrencies, in the last couple of months we’ve seen involvement from big institutions, international social media companies launching their very own cryptocurrencies, and presidents openly tweeting their concerns about crypto. All of these developments mean that Bitcoin and cryptocurrencies have taken a more prominent role as of late, one that is likely to only get bigger as time goes on.

It is likely that this newfound prominence is not going anywhere anytime soon. It has been previously argued that many of these developments are related to Bitcoin’s maturity as an asset, which means that issues such as these will likely become the order of the day. If more institutions get involved, chances are we’ll be subject to way more regulations and oversight, but cryptocurrencies will also benefit from better support, and it would jumpstart movement of the ultimate goal of cryptocurrencies: mass adoption.