This article will take us back in time to when Bitcoin was not only great and promising, but its name alone could ensure a company's success. Today the blockchain frenzy of late 2017 and early 2018 may seem insane, but back then it looked like a legitimate stairway to heaven to those who were sick of traditional finance.

Following the dramatic cryptocurrency price rise of 2017, crypto-related stocks like NVIDIA and AMD soared. Some little-known and low-cap companies that had no relation to crypto before suddenly decided to pivot to blockchain so that they too could take part in the profit.

This is the story of Long Blockchain, a company previously known as Long Island Iced Tea. This is a story of unimagined highs and unmitigated lows, a story that should be a joke except it’s all too true.

It All Began with Ice Tea

Long Island Iced Tea Corp. used to produce lemonade and iced tea under the “Long Island” brand. Despite its name, the company had nothing to do with a famous cocktail, as it only produced non-alcoholic beverages. The name originated from the company’s location: its headquarters were situated in Farmingdale, Long Island, New York. 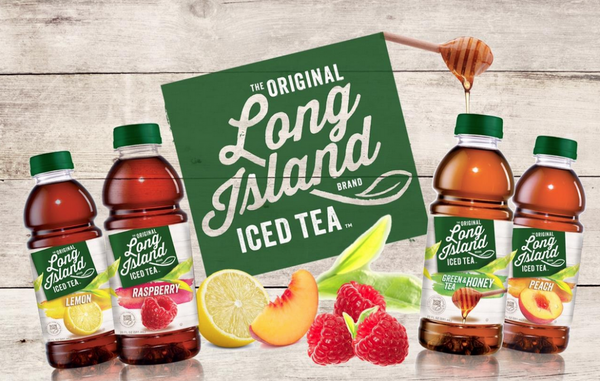 An assorted selection of iced teas and lemonades under this brand could be found in retail stores in over 20 states across the country, primarily on the East Coast. They were also available online on Amazon.
Long Island Iced Tea Corp. began trading on the Nasdaq Capital Market in July 2016. Philip Thomas, CEO, rang the closing bell on July 29 at the Nasdaq MarketSite in Times Square, and later called it a thrill and one of the company’s greatest achievements. Prior to that, Long Island Iced Tea raised $6.9M in a stock offering. Over 1.8M LTEA shares were offered at the price of $5.5, and over 1.2M of them were sold.

However, it was a short-lived golden age. On Oct. 9, 2017, Long Island Iced Tea Corp. received a notice from the Listing Qualifications Department of The Nasdaq Stock Market. The notice stated that the company’s securities were not compliant with Nasdaq’s listing rules, which required a minimum market value of $35M. Prior to listing, LTEA market value had stayed below the minimum for previous last 30 consecutive business days, and the company was given 6 months to fix the issue otherwise it would be delisted. Perhaps, the unsuccessful attempt with Nasdaq led to the company’s subsequent decision, which initially seemed to be a resounding success, but finally ended up as one of the most memorable fails in crypto history.

On Dec. 21, 2017, Long Island Iced Tea Corp. made headlines when it announced that it would be changing its name. The company’s CEO, Philip Thomas, stated that the company would “continue to leverage its ownership of the iconic Long Island Iced Tea brand name and its existing beverage portfolio”. But, in addition to that, they were planning to “shift its primary corporate focus towards the exploration of and investment in opportunities that leverage the benefits of blockchain technology”.

The following events can only be understood in the context of the crypto craze of that time. Major financial media outlets, including Bloomberg and Forbes, noted the surprising success of Long Blockchain. The company’s shares soared 500% during pre-market trading, and opened the first day at $9.45, boasting a gain of over 270%. 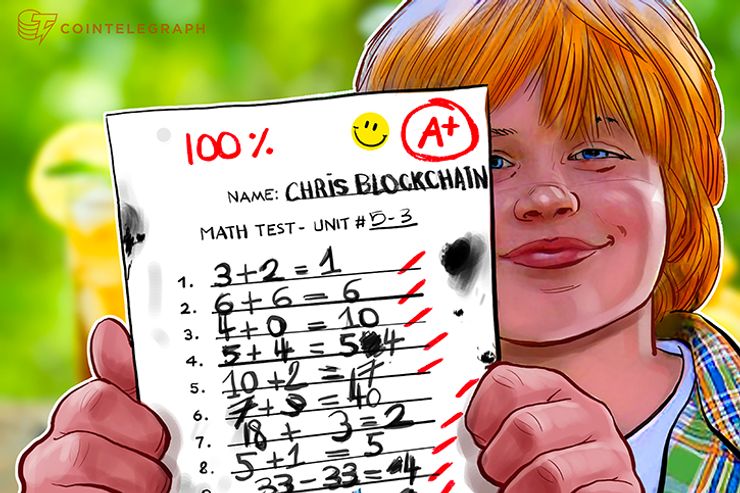 A satirical picture by Cointelegraph demonstrating that the blockchain makes everything more successful.

On Jan. 5, 2018, the company announced that their proposed stock ticker change from LTEA to LBCC had been approved by Nasdaq. Prior to that, they reserved the domain longblockchain.com. Despite the fact that the company was in the “preliminary stages of evaluating specific opportunities” in the blockchain space, and had neither trusted partners nor clear vision, the LBCC shares were traded actively with a daily trading volume which reached a peak of 5.3M shares on Jan. 9, 2018. The price, though, never managed to return to its all-time highs and stayed in the $4-6 corridor until it started plummeting in April of 2018.

Looking back, it may seem that Long Blockchain made this radical rebranding decision on the fly, and had no idea where they were going with it. The company started several blockchain initiatives at the time, but none of them succeeded.

Long Blockchain’s first initiative as a blockchain company was to start mining. In January 2018, it was announced that Long Blockchain was planning to purchase 1,000 Antminer S9 mining rigs and 1,000 APW3++ PSUs to mine Bitcoin, Bitcoin Cash, and other SHA256 coins at the price of $4.2M. The mining equipment manufactured by Bitmain was supposed to be delivered the same month and transferred to an undisclosed Nordic country to commence mining.

The initiative turned out to be short-lived. Already by February 2018, the deal had been canceled. Instead the company stated that it would be focusing on other strategic plans.

The company’s other strategic plans included a merger with Stater Blockchain Limited, a technology company deploying blockchain solutions across financial markets. However, the merger never really took shape. Instead, after 2 months of negotiation, Long Blockchain purchased 9.9% of Stater Blockchain. As Shamyl Malek, a new Long Blockchain CEO, explained, “both parties agreed that a minority investment with dual board representation would allow us to immediately formalize our partnership while maintaining our respective autonomy”.

In March 2018, Long Blockchain agreed to acquire Hashcove, another company building distributed ledger technologies for financial markets. According to the agreement, Long Blockchain would make Hashcove its wholly-owned subsidiary, and Hashcove’s CEO, Kunal Nandwani, would become an executive officer and director at Long Blockchain. In September 2018 the agreement was terminated.

Despite its tireless efforts to stay listed on Nasdaq, Long Blockchain didn’t make it. By March 2018, the company’s market value fell below $30M again. Moreover, Nasdaq accused Long Blockchain of misleading investors and taking advantage of the general investor interest in Bitcoin and blockchain technology. The company denied the charges, but on Mar. 22, 2018, the Nasdaq Hearings Panel decided to suspend the shares from Capital Market starting on Apr. 12.

Long Blockchain remained a public company, and its shares continued to trade publicly, but its current price of around $0.3 speaks for itself. The big drop in price from around $3 to below $1 happened in April, precisely when the company was delisted from Nasdaq, as seen on the chart.

Back in January 2018, SEC Chairman Jay Clayton claimed that companies that changed their names to include “blockchain” in them could face increased scrutiny. He argued that SEC would look closely at the records of such companies, and investigate whether they complied with the securities laws, especially when it concerned offerings. In July 2018 the SEC finally got around to Long Blockchain and issued a subpoena requiring certain documents from the company.

Not much positive news has come out since then. In March 2019 it was announced that Long Blockchain was selling its beverage business to a Canadian firm ECC2 Ventures 2 Corp. According to the agreement, Long Island Brand Beverages, LLC was being sold for a combination of cash and shares of the Canadian firm.

At the moment, there are no updates on the iced tea website, their social account have been silent for almost 2 years, and their products are no longer available on Amazon. As for Long Blockchain, the company also seems inactive, with their latest press-release dating back to March 2019.

In July 2019 news broke, that the FBI had started an investigation into possible insider trading and securities fraud in the Long Blockchain case. A pump-and-dump and market manipulation scheme is believed to have been performed by two individuals, Gannon Giguiere and Oliver Lindsay. They allegedly bought a large number of LTEA shares at the low price of about $2 just before the rebranding announcement, and then sold them at a price of about $7, with a 250% return.

Though some community members were enthusiastic and warmly welcomed companies joining the blockchain space, others were rather skeptical. For example, many noted the similarities between the late 2017 crypto boom and the dot-com bubble of 2000. Back then, internet companies could launch successful IPOs and raise a substantial amount of money even if they didn’t have a working product or a solid plan of generating material revenue. Long Blockchain had a similar story: the company with no actual relation to blockchain saw its stock soar in price within seconds.

A funny piece of the company’s backstory turned up on Reddit where a user claimed that the company considered rebranding a year before they actually went through with it.

On Twitter, many users have joked at the company’s misfortune. One user wondered when Long Island Iced Tea was planning to rebrand again, this time to capitalize on the hype of the Beyond Meat company, a meat substitutes producer.

To sum up, according to the response of the crypto community, the Long Island Iced Tea rebranding became one of the most infamous cases of its kind.

Long Blockchain was not the first company to try to capitalize on the blockchain frenzy. Actually, it was not even the first beverage company, as blockchain-related branding got out of control.

Bioptix used to be a veterinary and life science company. Their name change to Riot Blockchain brought them a price jump from $8 per share to $40, but it wasn’t all wine and roses after that. In April 2018 the company received a subpoena from the SEC, as it was suspected of market manipulations and insider selling. In March 2019 Riot Blockchain filed with the SEC to launch a new regulated exchange RiotX, which is still in progress. In April the company reported a 2018 net loss of $58M. RIOT is still traded on Nasdaq with a current price of $1.83.

A tiny fruit juice company changed its name to FutureFinTech almost half a year before Long Blockchain appeared. Despite the fact that its November press-release didn’t contain anything related to crypto, the company’s shares soared 200% in December 2017. At the moment the company engages both in juice producing and financial technology, including blockchain and digital asset systems. FTFT shares which peaked at almost $5 in December 2017 and January 2018, are now traded at $1.

This company changed its name back in February 2016, and, unlike Long Blockchain, actually moved to the crypto space. Bitcoin Services purchased mining equipment and engaged in mining Bitcoin, Ethereum, Litecoin, and Dogecoin. The stock soared 42,500% during 2017: from $0.0014 to over $0.6. The current price is $0.027 per share, but there has been no news from the company for some time, nor have there been any recent developments, announcements or reports, and it’s hard to tell whether it is still up and running or has already sunk.

Much has been said regarding the blockchain industry maturing, and here is some proof of that, at least in part. Today it’s not that easy to attract investors just by putting “blockchain” in the name of your company although it produced some unforgettable results not long ago. Today companies might be loathe to make such a move, as it could give the project a negative aura and attract the unwanted attention of industry watchdogs.