Micree Zhan Promises to Legally Fight His Way Back to Bitmain

Micree Zhan, Bitmain co-founder and former executive director, who was ousted last week by another co-founder, Jihan Wu, claims that he will return “as soon as possible with legal support” and “restore the normal order of the company.” In a public letter posted on his WeChat feed, Micree expresses his embarrassment and argues that he was dismissed from all his positions without any consent or prior notice.

The community made fun out of Micree’s letter calling it too dramatic and movielike and using hashtags like #BitmainDrama and #BitmainCivilWar. Dovey Wan, the founding partner at Primitive Ventures, claimed that it was the first time she saw a public letter from a company CEO “sound like a movie script”: 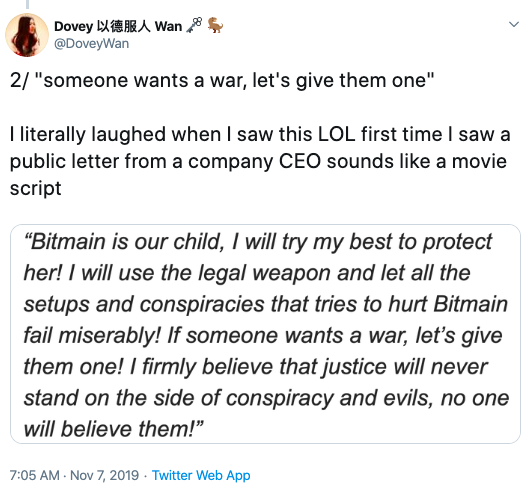 She also translated and shared some other highlighted parts of the letter, for instance:

Micree ended his emotional letter by envisioning a better future for Bitmain: 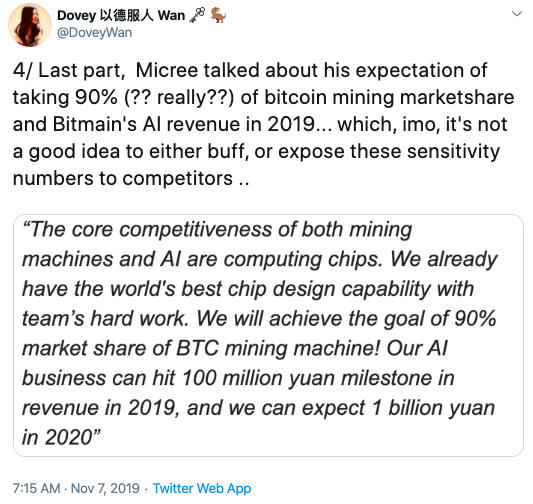