Paxos: A Regulated Alternative to Tether?

The field of cryptocurrencies has seen an ever-increasing number of new companies in the form of businesses, exchanges, and various other startups over the years. For most of these companies, regulatory issues are the cause of headaches, as they are widely considered to be one of the main roadblocks in the way towards mass adoption. Some companies have been leading the way in terms of regulation, setting an example for the industry. One such company is Paxos, a NY-regulated financial institution that promises to digitize all assets in the world.

In this article, we will take a look at the Paxos Trust Company, its products, its most noteworthy developments, and feedback from the crypto community.

Founded by Charles Cascarilla and Rich Teo as the itBit crypto exchange in 2012, the beginnings of the company now known as the Paxos Trust Company date back to early 2010 when Bitcoin was just barely starting and each token could be purchased with only a handful of cents. According to Charles Cascarilla, people had grown frustrated with the infrastructure of the available crypto exchanges at the time, which kickstarted and eventually led to the creation of a crypto exchange that operated on the same level of sophistication as traditional exchanges.

This interest in pursuing a fully-regulated crypto exchange would eventually lead the team to major regulatory breakthroughs in the industry. In 2015, three years after the launch of the itBit crypto exchange, the company became the first regulated blockchain company by receiving a banking trust charter from the New York State Department of Financial Services (NYDFS), an unprecedented achievement in the crypto industry. By receiving the banking trust charter, the company became a custodian organized under New York banking law, which meant that the company now had a legal duty to act solely in the best interest of their customers. Most notably, this was also the creation of the very first trust charter in New York after the financial crisis of 2008.

The itBit Trust Company was rebranded as the Paxos Trust Company in September 2016. According to an official blog post, the new name was inspired by a technical term related to reaching consensus in blockchain technology.

At the time of writing of this article, Paxos has roughly 110 employees across three different offices in New York, Singapore, and London.

Founded in 2012 as Paxos’ only product at the time, itBit is a cryptocurrency exchange that offers support for Bitcoin, Bitcoin Cash, Ethereum, Litecoin, and Stellar Lumens. In addition to this, itBit also offers support for other Paxos products, namely Paxos Standard (PAX) and PAX Gold (PAXG).

The itBit exchange offers a maker-taker model wherein all makers receive a 0.03% rebate on their orders. Takers, on the other hand, have to pay a fee depending on their 30-day trading volumes. Taker fees work under a tiered system, with the lowest tier offering fees of 0.35%, and the highest offering fees of 0.06%. For more information on itBit’s fee structure, click here.

Thanks to its regulated status, itBit also caters to the needs of institutional investors and high-volume traders. These include API functionalities and an OTC desk that provides a more personalized experience. Only traders who have a 30-day trading volume of over $50,000 are eligible for itBit’s OTC desk, which provides a deeper order book and more competitive prices. itBit also offers an escrow service for traders over $50,000.

However, this status also means that the exchange has to enforce due diligence procedures. Namely, itBit makes use of a knowledge-based authentication system (KBA), where US-based users have to answer several questions based on their personal information. According to the exchange, this allows for a much faster onboarding process, but if there are any issues verifying an account the process could take up to 3 business days.

At press time, itBit is ranked 108th among all cryptocurrency exchanges despite its regulated status, with a reported weekly volume of roughly $30.1M.

Paxos Standard was the first currency issued by the Paxos Trust Company, launched in September 2018. It is a USD-backed stablecoin built on the Ethereum blockchain. All customer funds are held in segregated accounts at FDIC-insured banks in the US.

The stablecoin was specifically released on September 10th, which is the same day as the release of the Gemini Dollar, the stablecoin from the Winklevoss brothers. Both stablecoins also share the similarity of touting themselves as the world’s first fully-regulated stablecoin.

Paxos was released during the early days of the stablecoin boom, which allowed it to be promptly listed on multiple exchange platforms. Among these, however, Binance stands out as the most instrumental listing of the bunch. Barely 17 days after its launch, Binance announced the listing of PAX as an alternative to the controversial stablecoin Tether. 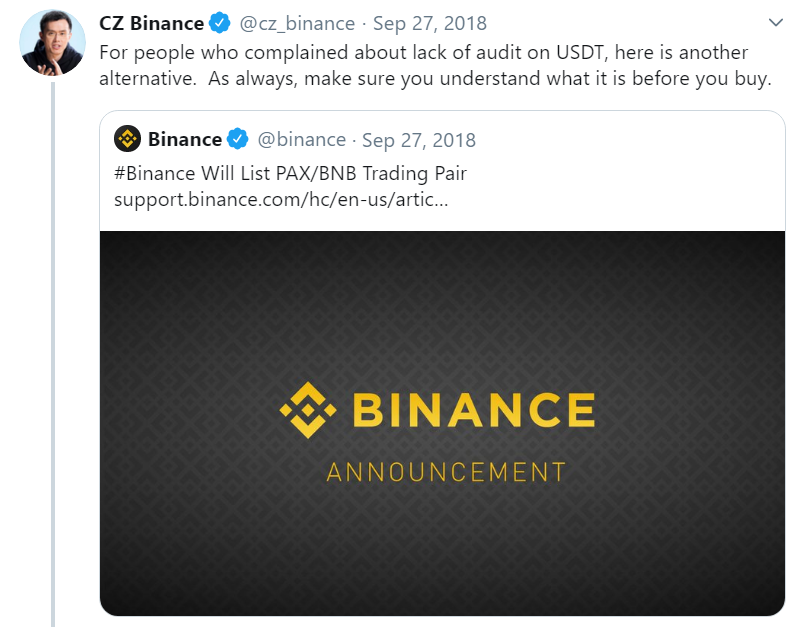 Binance’s Changpeng Zhao announcing the listing of the PAX/BNB pair.

Some days after the announcement, Paxos doubled down and announced that Binance was going to list a PAX/USDT trading pair, which effectively allowed Binance users to trade their Tether for Paxos Standard tokens.

When asked about the main differences between Paxos Standard and other stablecoins in an interview with Fortune’s Balancing the Ledger, Paxos CEO Chad Cascarilla stated that there were a handful of features that distanced Paxos from most other stablecoins. According to Cascarilla, the fact that Paxos Standard is on the Ethereum blockchain (like the DAI stablecoin) makes it easier to use, as there are a lot of other cryptocurrencies that are also sitting on the Ethereum blockchain. In addition to this, Cascarilla also mentioned that all the dollars backing the Paxos Standard tokens are fully audited at the end of each month, and that all Paxos products have to be approved by the NYDFS. Finally, Paxos Standard has no redemption limits and charges no fees, because they profit from accruing interest from holding the collateralized dollars.

The aforementioned relationship between Paxos and Binance would allow Paxos Standard to have additional breakthroughs in 2019. In May, Paxos announced the introduction of instantaneous redemption of PAX on the Binance platform, a noticeable improvement from the initial 1-day and subsequent 4-hour redemption windows that Paxos Standard previously offered. In June, a Paxos portal incorporated into Binance was announced, which allowed users to wire their fiat and receive the corresponding amount of PAX tokens. Thanks to both of these developments, Binance users can redeem their PAX for USD and their USD for PAX instantly, with no fees and no limits. 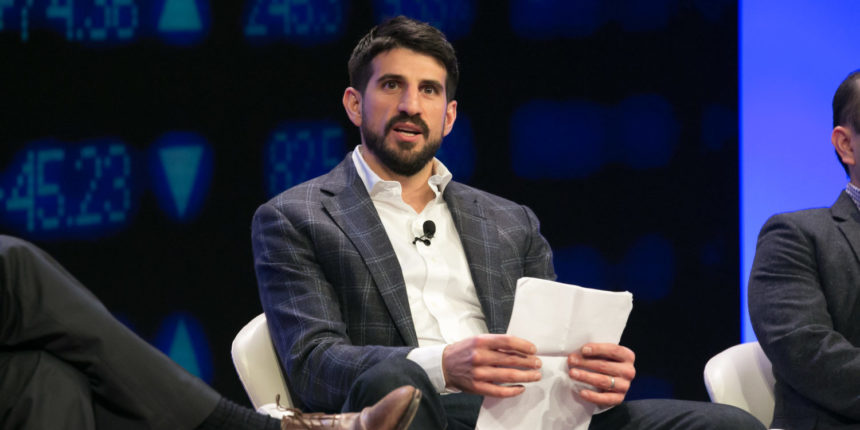 Paxos CEO and co-founder Chad Cascarilla claims that Paxos is different than other stablecoins due to it being an Ethereum-based stablecoin, its fully-regulated and audited status, and the lack of fees and limits during the redemption process.

Apart from all the good, some red flags have been raised amongst community members. In their terms and conditions, a sentence was found that read: “We may freeze, temporarily or permanently, your use of, and access to, PAX or the U.S. dollars backing your PAX, with or without advance notice, if we are required to do so by law, including by court order or other legal processes.” While the sentence was found under the “illegal use of USD stablecoins”, it still alarmed investors, as accounts can be closed without warning.

Approved by the NYDFS on Sep. 5 of this year, PAXG is an asset-backed token pegged to gold built on the Ethereum blockchain. It is the first gold-backed virtual currency in New York State. Each PAXG token equals to one fine troy ounce (t oz) of a 400 oz London Good Delivery gold bar, and its value is directly tied to the real-time market value of the gold stored in Brink’s gold vaults.

The minimum purchase limit for PAXG is 0.01 t oz ($15), which is a lot smaller than what you can purchase in gold through other services (gold ETFs, through the LBMA, etc). The tokens can be instantly redeemed, unlike major gold ETFs or Gold Futures, for LBMA-accredited Good Delivery gold bullion bars, and institutional customers can redeem their PAXG for unallocated Loco London Gold. With PAX Gold, traders get legal ownership of physical gold, whereas with the aforementioned alternatives you get a representation of the precious metal instead. Paxos customers also have the option to redeem their tokens for USD at current gold market prices. PAXG has fees of around 0.03-1% for creating or redeeming, which are based on volume tiers. Nominal Ethereum gas fees apply for on-chain transactions and there are no fees for storage. The PAXG token is available for trading on the itBit exchange and starting Oct. 1, 2019, SALT Lending, provider of crypto-backed loans, will offer it as their latest collateral to secure USD loans.

In his Balancing the Ledger interview, Cascarilla referred to the development of a precious metal-backed token, stating how “tokenizing precious metals can change the way in which a physical asset is able to be moved in a digital way”. He also mentioned some of the problems of gold that could be fixed by developing such a token, namely how to divide it and transport it. As Cascarilla states, the PAXG token intends to bridge those worlds.

Per the NYDFS announcement, Cascarilla stated that by offering PAX Gold, the company is democratizing the “access to a multi-trillion-dollar market” by making it easy to own or trade gold: Paxos customers are now able to have fractional ownership of physical gold bars.

The strong relationship between Paxos and Binance would make the headlines once again on Sep. 4, when it was announced that the companies would jointly develop a stablecoin pegged to the American dollar named Binance USD. Paxos is acting as the USD custodian and issuer of the BUSD token.

What makes this token so important is that, as all other Paxos products, it has approval from the NYDFS. At the Invest: Asia conference on Sep. 12, the CFO of Binance Wei Zhou stated: “launching a stablecoin approved by the NYDFS is a strategic step for Binance to provide on-chain financial services for users across the world.” This could prove to be especially beneficial for Binance’s blooming presence in the United States, since this coincides in date with the announcement of the onboarding phase for the upcoming Binance US exchange.

In the announcement of Binance USD, Binance’s Changpeng Zhao stated: “Paxos is leading the digital trusts space and we are excited to work with them in developing our native stablecoin.”

Binance USD became available on the Paxos platform on Sep. 12, and, according to Paxos co-founder Rich Teo, it will become available on Binance the week of Sep. 16 against trading pairs such as BTC and BNB. 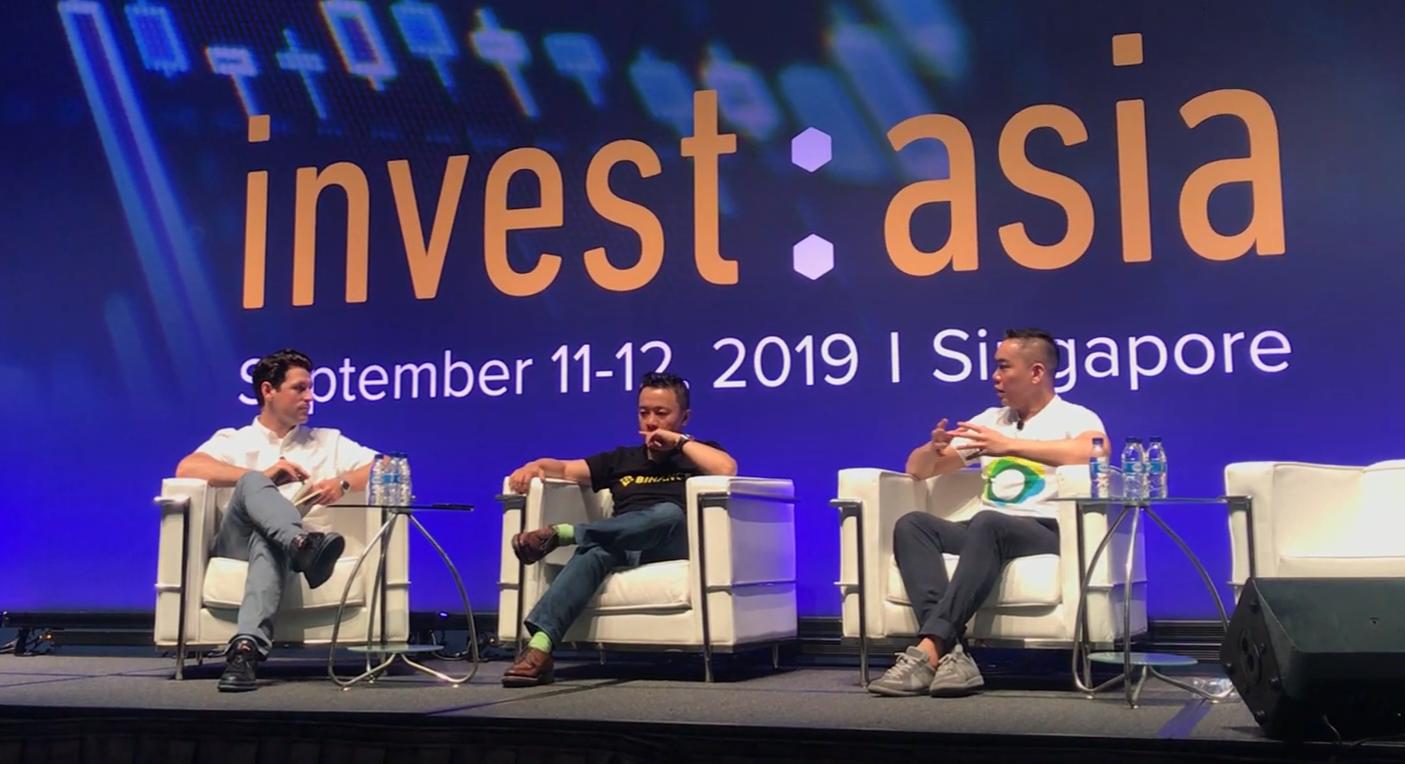 Richmond Teo (pictured on the right), is the CEO for Paxos Asia.

In addition to this, Paxos also offers post-trade services in the form of automated trade confirmations with enterprise-grade oversight. To date, more than 350,000 transactions have been confirmed by Paxos.

Although not the biggest player in the stablecoin market, Paxos Standard has been one of the most reliable stablecoins out there, at least so far. This becomes much more apparent when we take a look at the dominant player, Tether, which has been in the spotlight numerous times in the last months due to the $850M controversy with Bitfinex and the fact that its reserves were only partially backed by cash. However, Tether is still the number one stablecoin by a wide margin, largely in part due to its presence in Asia.

Another company that has a noticeable presence in the Asian market is Binance, which has been constantly making the news due to its support for the Paxos Standard stablecoin and its recent partnership with Paxos to release the Binance USD token. This relationship is helping Binance strengthen their presence and regulatory status in the western market, and it could be used as support for an eventual BitLicense application for the Malta-based exchange in the future. Paxos also heavily benefits from this relationship with Binance because it gives Paxos Standard a platform to be showcased as a regulated alternative to Tether.