The Dubious ICO Track Record of the OpenLibra Presenter

Lucas Geiger took to the main stage of Devcon on Oct. 9 to unveil OpenLibra, a permissionless fork of the Libra stablecoin that will do away with the consortium of corporations that oversee its development. However, his appearance at the conference was met with surprise from members of the crypto community, namely investors in his previous ICO, which failed to deliver products and had seemingly disappeared from the face of the earth.

More specifically, this refers to the ICO conducted by Wireline, a blockchain startup co-founded by Geiger that raised $20M in March 2018.

The most notable case came from Web3Journal founder Andrew Lee on Twitter, who replied to the announcement of OpenLibra by talking about his experience with the Wireline ICO.

Wireline, touted as a P2P network for open source applications, allegedly didn’t deliver on many of the promises that Lucas Geiger or Sizhao Yang, founder and advisor of the project, made to investors. Namely, there were promises about involvement from Omise founder and CEO Jun Hasagawa in the Wireline marketing campaign, and about an investment coming from the Ethereum Community Fund. According to Lee, all of this proved to be false information.

The ICO also promised the distribution of WRL, the ERC-20 token for the project, by Q2 2018. However, to this day, no WRL tokens have been distributed to investors. 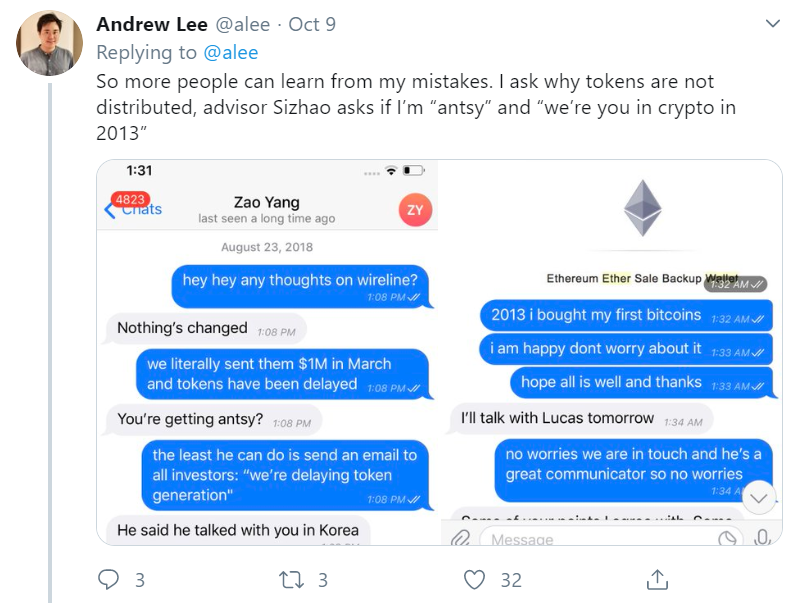 At first, Geiger assured Lee that token distribution would take place in late Q2, but the promises soon turned into silence. Other reports also appeared, highlighting the fact that the Telegram chat for Wireline has been seemingly abandoned by the team. 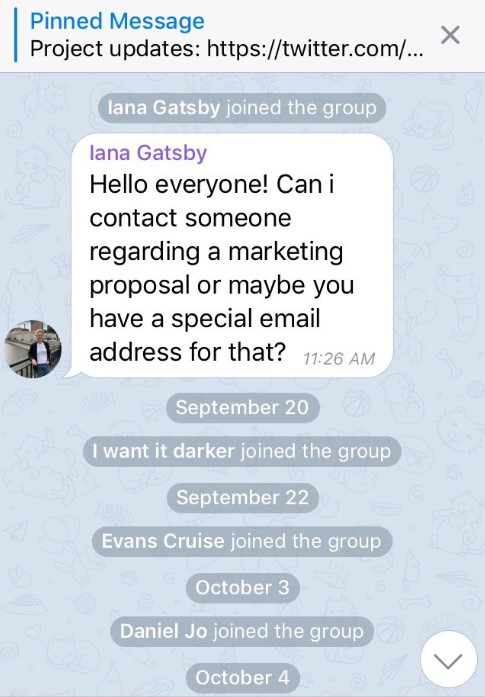 Andrew Lee also stated that other people who were marketed as being involved with OpenLibra contacted him to state that Geiger had used their names without their consent. According to what has been reported, Geiger had mistakenly put a list of potential partners in the OpenLibra website, but he assured that Chainlink was the only mistakenly listed partner.

After the original tweet, Lee stated that he got in touch with Wireline’s new CEO and other co-founder Richard Burdon, who has reportedly been “a lot more understanding”, and is working alongside Lee to find a solution to the issue. Burdon was also present at Devcon, showcasing Wireline’s peer-to-peer collaboration.

According to Lee, several channels of communication have been used to reach Geiger, to no avail. He has also sent evidence related to the case to the SEC. No comments have been made by Lucas Geiger, Sizhao Yang, or Wireline’s official social media accounts.