There’s A Party Goin’ On

Bitcoin continued to surge higher, breaking above the previous resistance level of $5,500 to trade well into the $5,600 zone. Market capitalization is set to top $100bln level for the first time since mid-November of last year when the contentious Bitcoin Cash hard fork resulted in a temporary, albeit very aggressive, liquidity crisis. The upside target for BTC remains in the $6,300-6,500 area. Ethereum has also posted strong gains and remains well on track to make another test on the key $200 level. Interestingly, Ethereum founder Vitalik Buterin posted on Github that ETH will use a higher staking reward metric after the deployment of Ethereum Proof of Stake (PoS). If 1 million ETH is staked, a maximum amount of 181,019 new ETH would be issued annually with a max return rate of 18.1%. 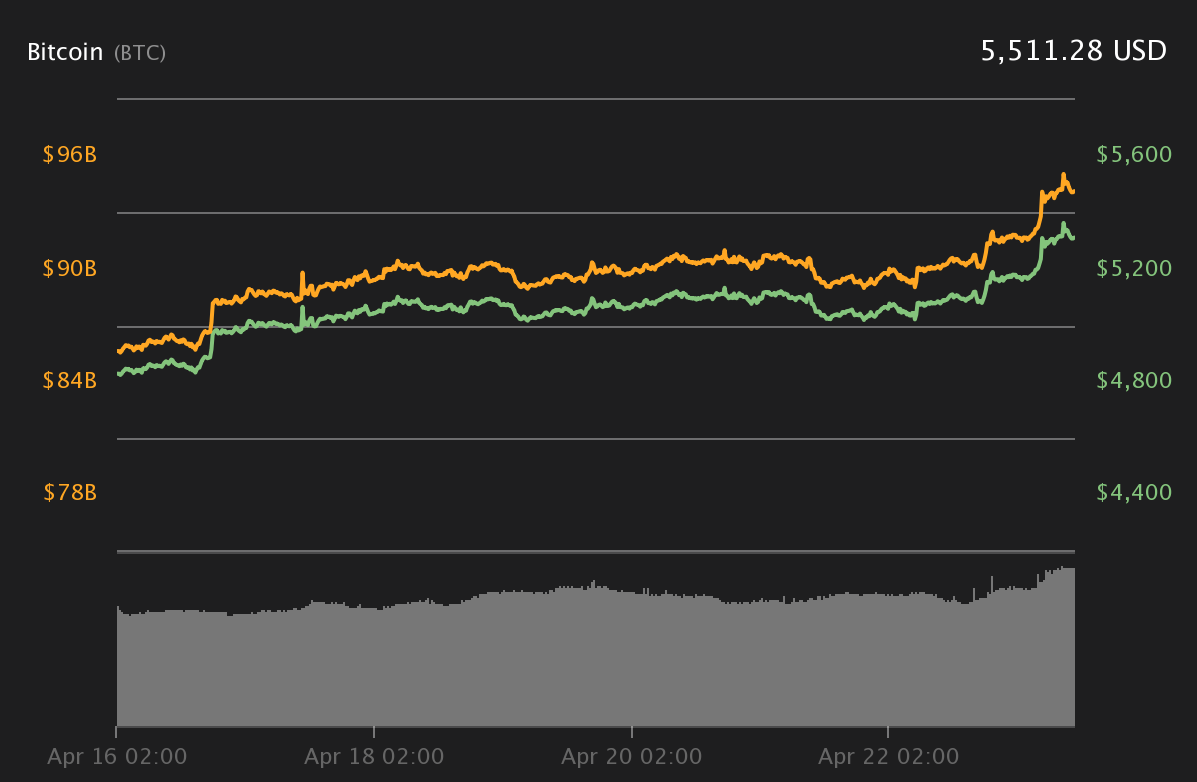 In other news, JPMorgan Chase (JPM) is expanding the use of its blockchain technology across its Interbank Information Network (IIN), which is now used by more than 220 banks around the world, to help reduce the number of global payments that get rejected by errors. The new feature which can instantly verify whether a payment is heading to a valid bank account is expected to go live in the second half of this year and, while the Interbank Information Network (IIN) is currently free to use, press reports have indicated that subscriptions may be introduced over time.

Something to keep an eye on going forward is the trajectory of inflation rates across Emerging Markets. As reported by RioTimes online, the craze for cryptocurrencies has reached an all-time high in South American countries, particularly Brazil. The recorded trading volume in the country has surpassed 100,000 Bitcoins – a new Latin American record. Cryptocurrency exchanges mediated by NegocieCoins and TemBTC contributed the most to this record.

For some context, Brazil's inflation rate hit 0.75% in March, the fourth straight month of increases and the highest for the month since 2015 when it registered 1.32%. The cumulative rate for the past 12 months is 4.58%, exceeding the goal set by the Central Bank of 4.25% (although it is within the limit of tolerance of 1.5 points in either direction). Also of note, the central bank’s weekly FOCUS survey of nearly 100 financial institutions showed the median forecast for 2019 growth fell sharply in the latest week to 1.71% from 1.95% a week before.