After briefly falling below $16,000, Bitcoin has reclaimed that level, but contagion fears and speculations due to Genesis trading failing to raise funds remain in play.

The market sentiment was further affected by a potential CRV short which could affect DeFi leaders CRV and Aave.

While the S&P 500 is holding on to 3,950 as it moves sideways, DXY is meeting resistance. Even though BTC is up above $16,000 for now, volatility can be expected as FOMC minutes are released tomorrow.

Bitcoin is making a move for $16,500 and, ultimately $17,000. This is, however, most likely a dead cat bounce as mentioned yesterday and there is a high chance that we see another lower low around $14,700, which was our initial target. Momentum indicators are extremely oversold on all major time frames but if Bitcoin is unable to break through $16,300, we could go down regardless. 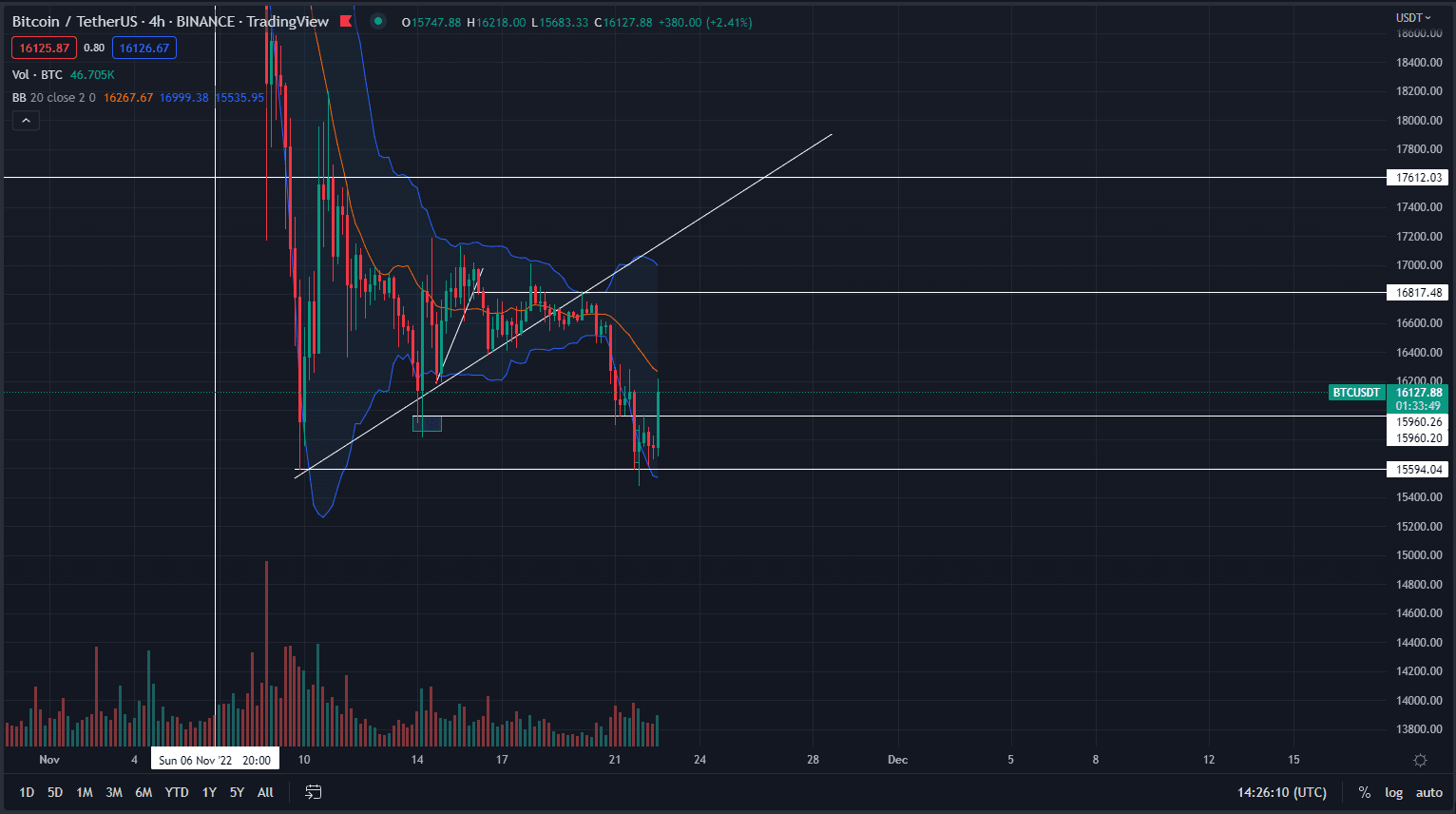 Ethereum met its breakdown target as forecasted earlier. Currently, its undergoing a relief move along with Bitcoin. Ethereum has a cluster of short liquidations stacked up around $1,200 and this move will most likely end around $1,200 - $1,250 as well. 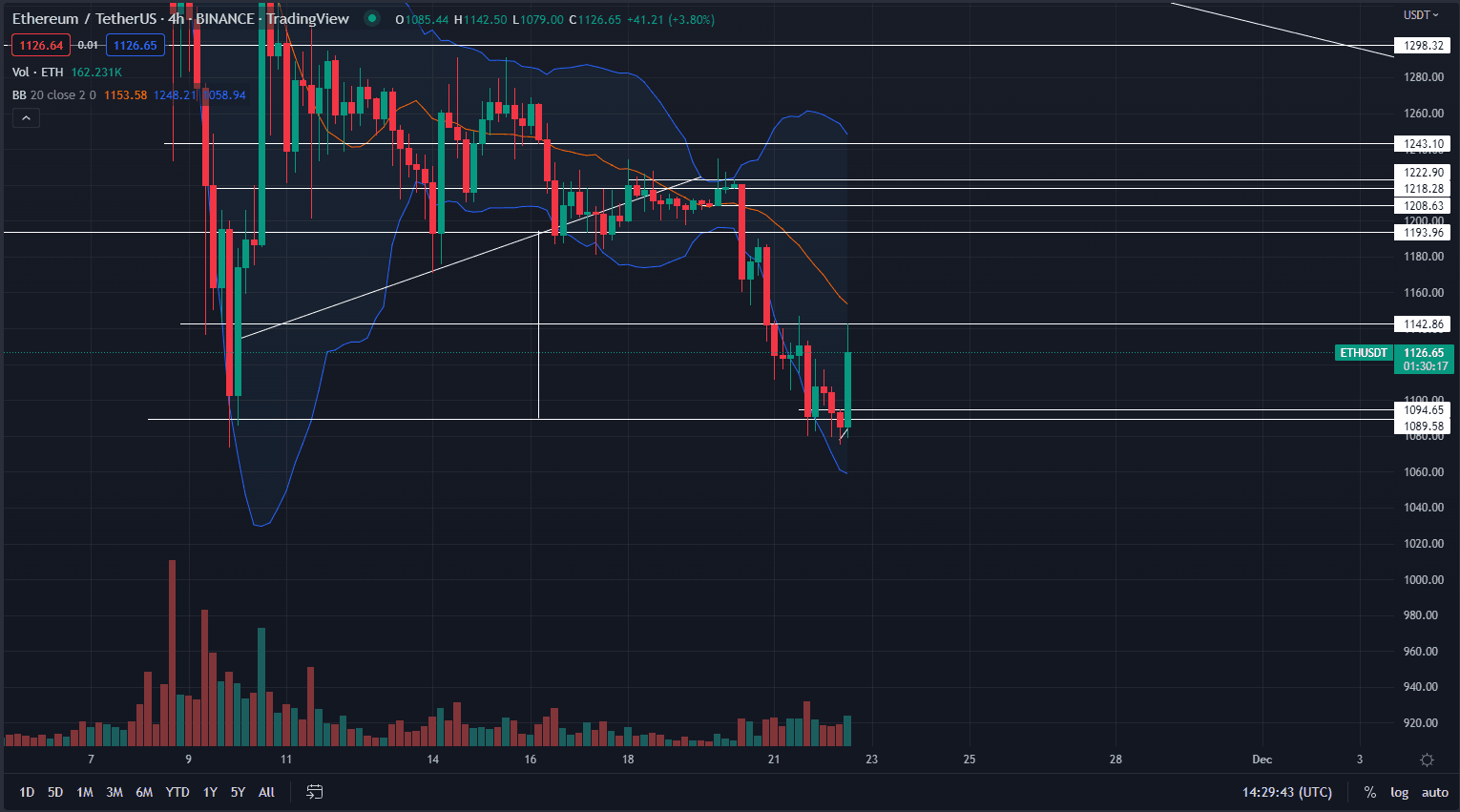 The NFT world continued to see modest gains in trading volume today as the total market cap fell to $11.3B. 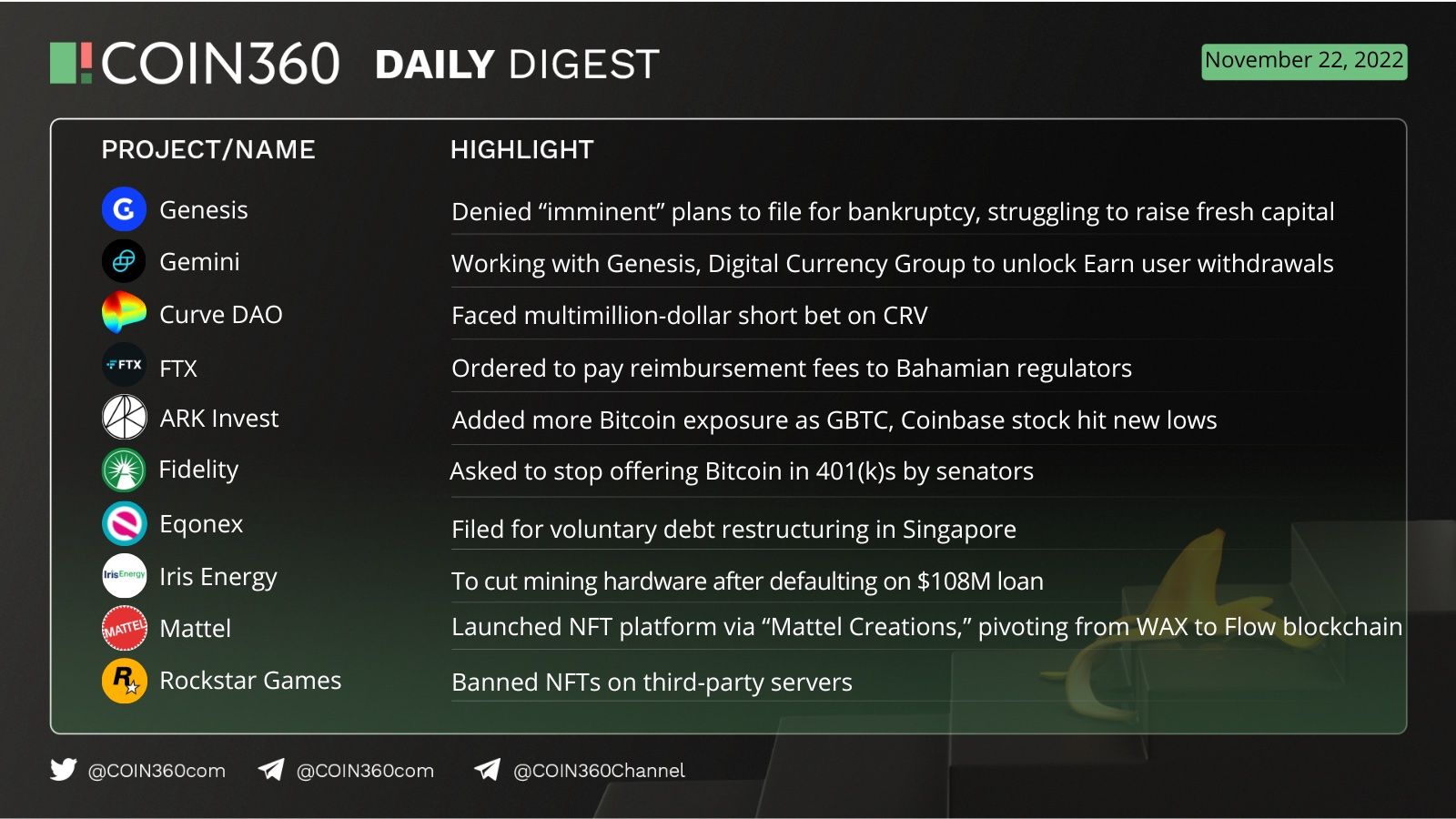