We've been expecting Bitcoin to fill out an imbalance between $17,600 and $17,000 — formed during our retracement from $18,300. However, today's Core PCE has not been able to drive much volatility in the market leader's price, but we may see some action leading into the holiday weekend.

There was a drop to under $16,600 in the early hours of Friday when media broke the news about SBF’s $250M bail before BTC reclaimed $16,800 and stayed there ahead of the Core PCE announcement.

Meanwhile, the S&P 500 is trying to find support. However, lower highs and lower lows are being printed and it remains below our support band, which now acts as resistance at 3,870. DXY also remains in a downtrend without any structural shift.

Bitcoin price followed our analysis from yesterday, with sell-side liquidity being swept in the form of long position stop losses triggered around $16,560. Moving forward, the scenario highlighted below is still valid. As confluence, we can see more liquidations stacked up around $17,600, forming another liquidity zone, but this time short positions will be on the losing side.

Ethereum targeted our exact range from yesterday, between $1,180 - $1,190, and went down as low as $1,182 before bouncing back to $1,238. Such volatility is only present with a significant amount of open interest stacked up and is a nightmare for day traders. We can still expect  $1,250 in today’s session or next week but most of Ethereum’s price action will be determined by Bitcoin in the coming days and weeks.

Bored Ape Yacht Club (+187.95%) is gaining back traction from yesterday’s Trial of Jimmy the Monkey.

Meanwhile, Yaypegs (+149.50%) is the newcomer on the top 10 list with $211,724 in trading volume recorded as the team prepares to start a community proposal on royalties. 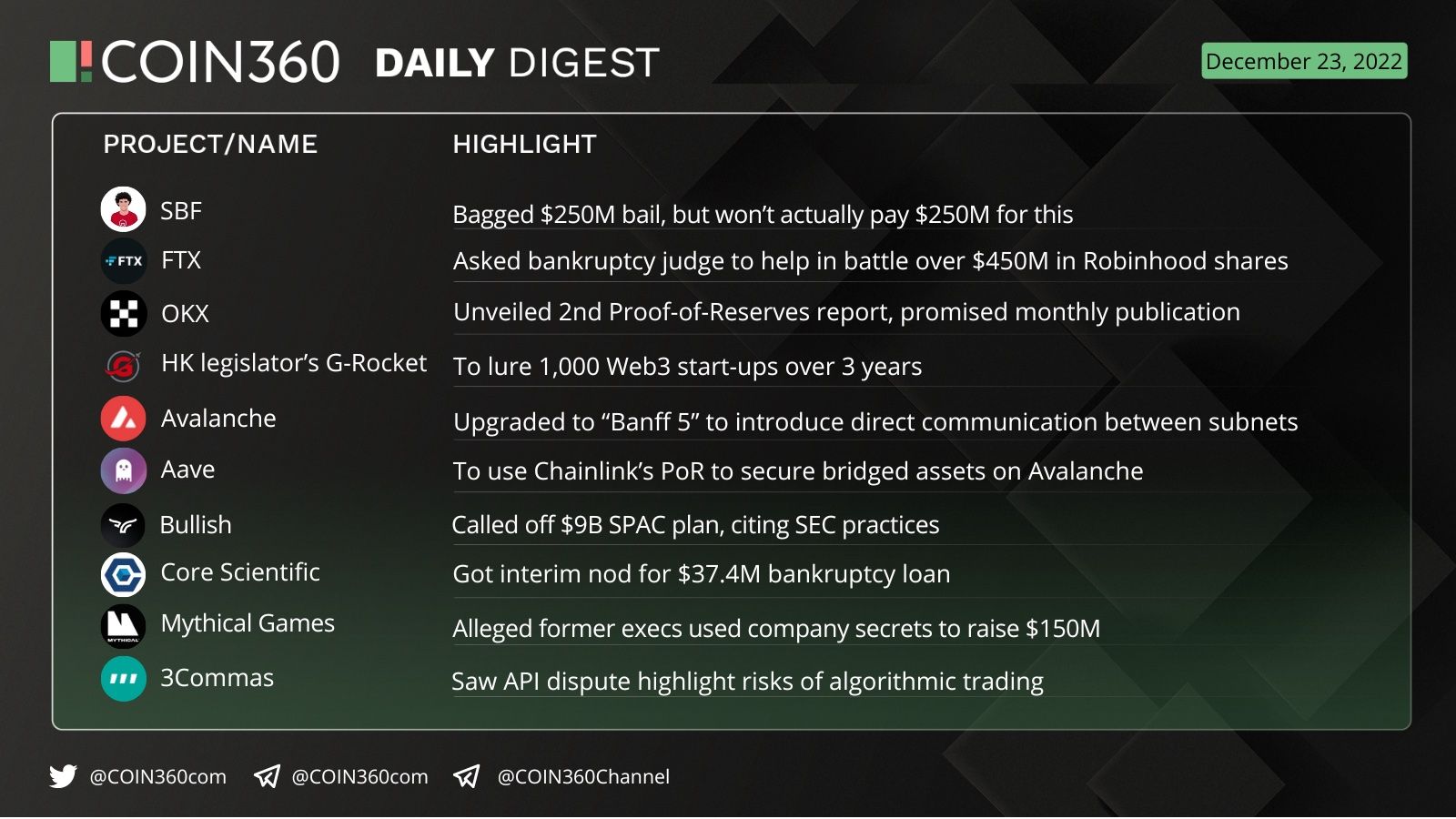