Bitcoin has been in a tight range for almost a week now. Such consolidation ranges typically test the convictions of market participants, some of whom tend to exit positions due to the prevailing uncertainty.

Today, Bitcoin did not react particularly strongly to the initial jobless claims report, which was bearish for the market. Still, we expect volatility following tomorrow's Core PCE index data since it reflects direct inflation levels faced by consumers.

Meanwhile, the S&P 500 is going through a sell-off, and things could escalate as the day progresses. DXY remains stable, with a potential double-bottom formation if we continue to go higher in the coming days.

Bitcoin price is being pushed down and the sell wall placed at $16,900 isn't helping. Since its rejection from $17,000, Bitcoin hasn't been able to rally, even as the holiday season draws near. Currently, we can see some support around $16,500 in the form of buy orders, but often order books change rapidly as prices reach thresholds. It isn't easy to pinpoint a direction at the moment, but a quick dip to $16,500 before fulfilling our previously highlighted range at $17,300 - $17,500 seems likely. 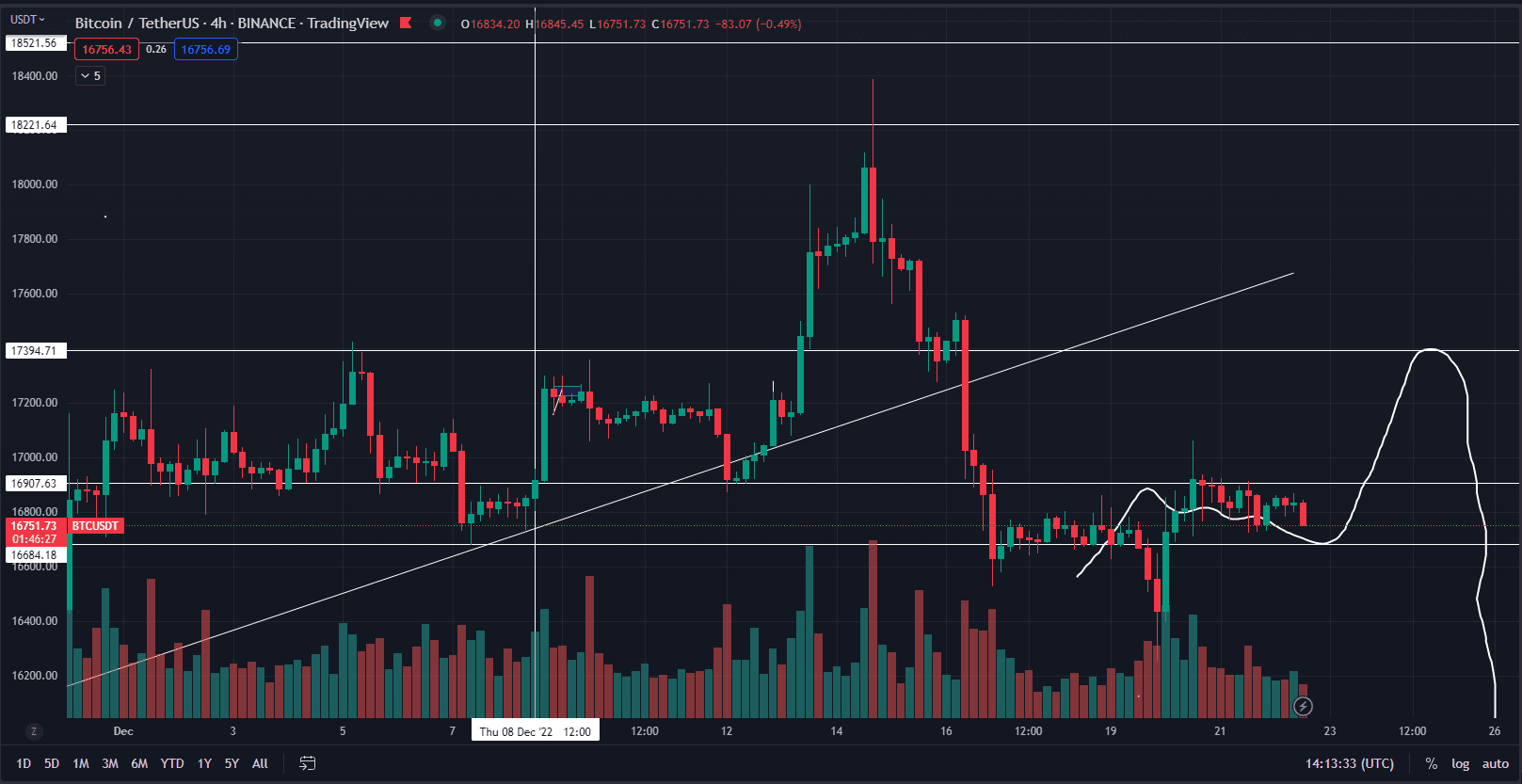 Ethereum has been doing a great job retaining value in comparison to Bitcoin, and still remains above $1,000. The Max pain scenario for the coming days would involve shutting down long positions by triggering their stop losses around $1,180 - $1,190 and then pushing the price up to $1,250 or $1,305. But such price action will need support from macro factors. 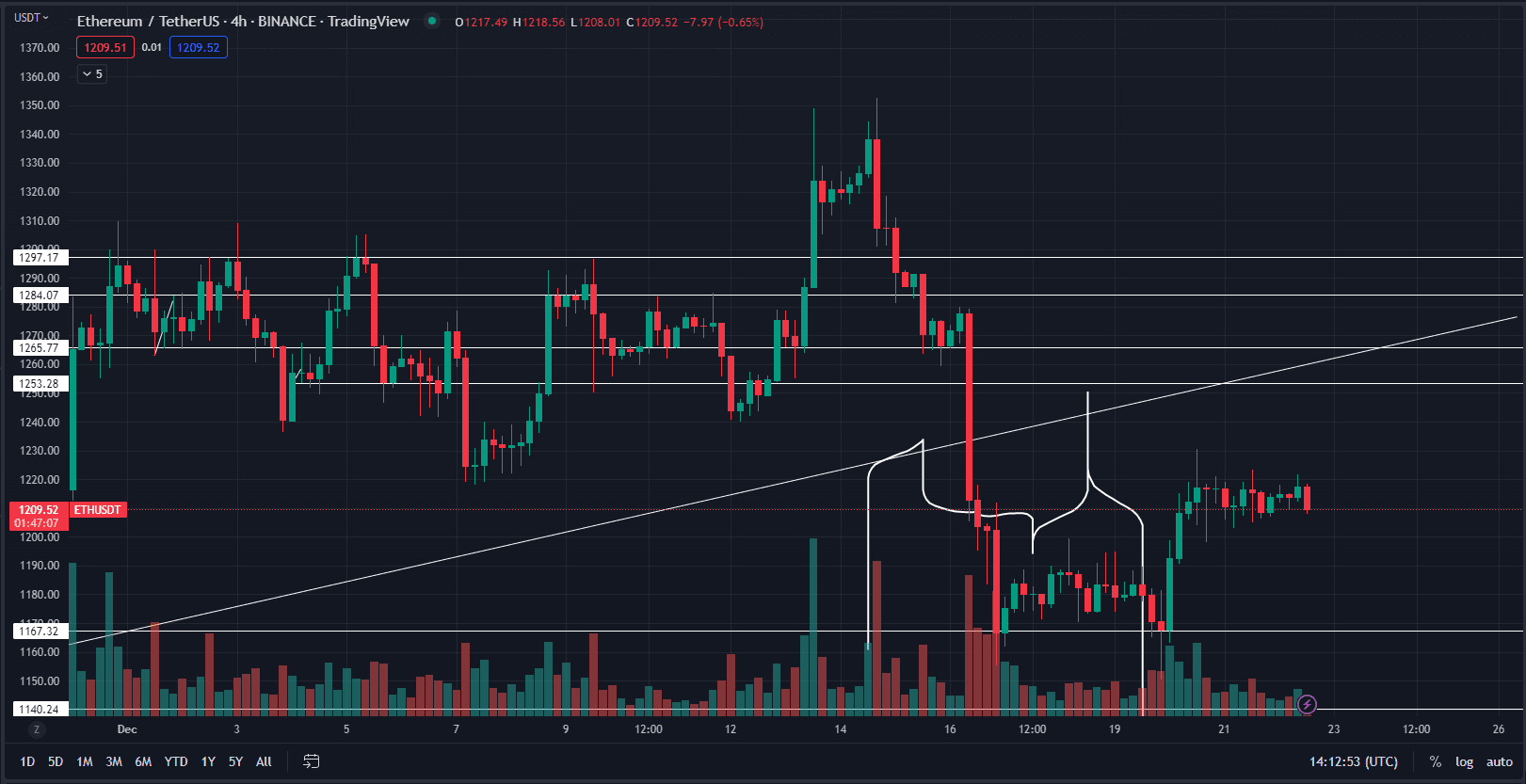 The independent Mutant Hound Collars (+42.02%) collection that adds to the Yuga Labs' BAYC and MAYC ecosystem (but is not officially related to them) has continued to see increased volume even today, with its floor price also rising from around 0.51E yesterday to nearly 0.8E today.

Otherdeed, however, was up 40% today in terms of trading volume. 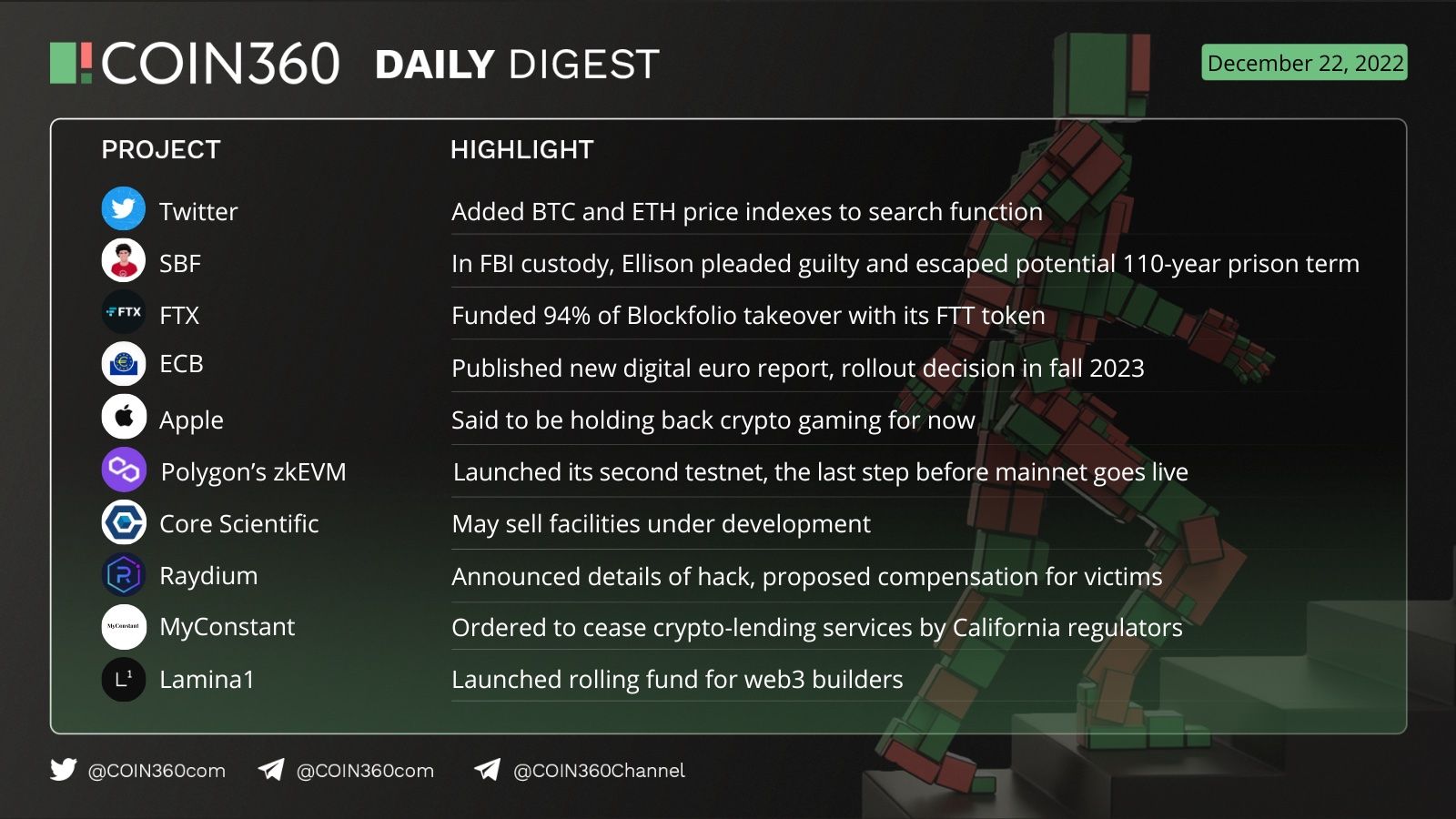