Bitcoin was able to bounce from $16,400 and has continued to test the low time frame resistance at $16,800. While we can see open interest increasing, it remains short-heavy as market participants appear skeptical of any rally.

However, having started the new year in the green, Bitcoin has been able to handle rejections well so far, and as long as it stays above $16,600, we can expect a breakout toward $17,000.

Meanwhile, the S&P 500 broke its bearish structure and made a higher high at 3,904 followed by a pullback toward 3,872. If it holds up and starts to bounce we might be entering a low time frame bullish structure which can take us to 3,952 this week. DXY also bounced but is bleeding, currently down at 104.2.

Bitcoin  has built up decent momentum which is evident from increasing volume as we head higher to test the range top. Currently, at $16,700, it has faced rejections trying to break above $16,800, but there is no major weakness in the price action.

However, since it's a bear market, we can expect another fake out towards the downside, targeting $16,500 to get rid of high-leverage longs, and getting shorts to double down on their positions. Our target for the short term remains the same at $17,400 - $17,600 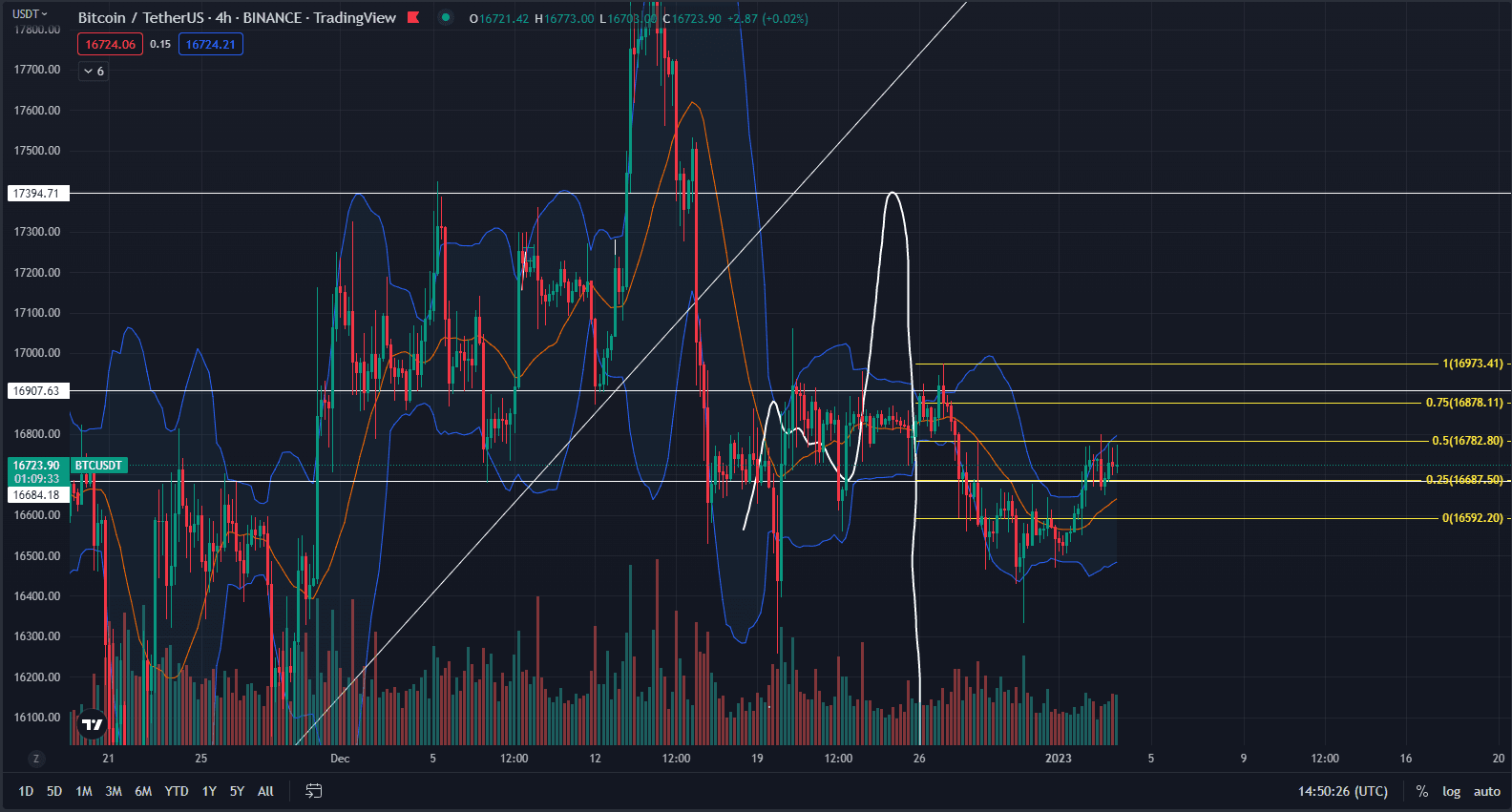 Ethereum has shown good strength against Bitcoin and has been lingering above $1,210 as expected. We could potentially see lower prices in the fakeout but anything below $1,192 would be surprising.

As seen below, volume spiked for Ethereum on its move up and then dropped down significantly during the sideways selling which further strengthens our opinion of seeing higher prices in the short term, such as $1,250 - $1,270. 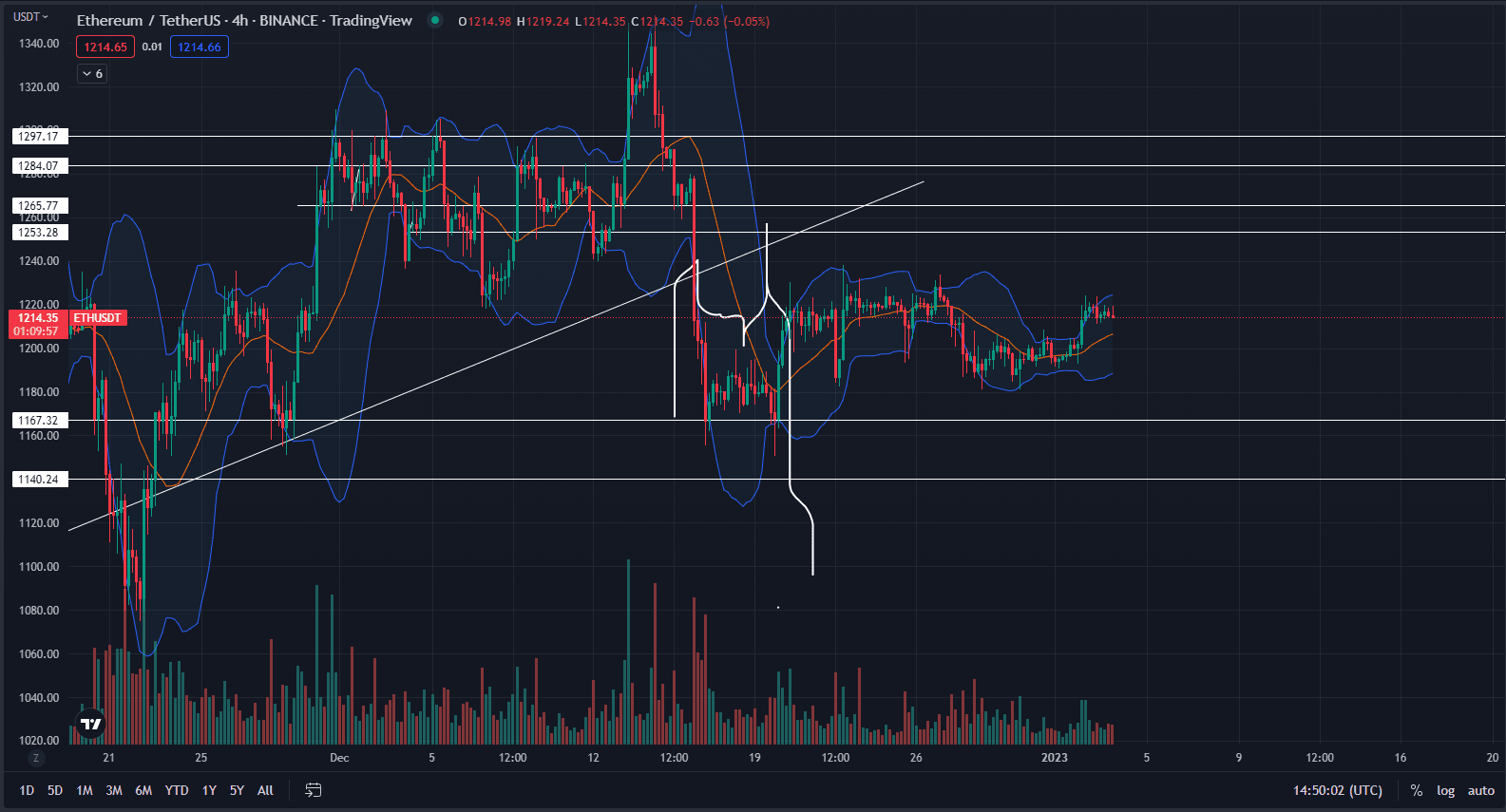 The NFT market is witnessing bigger collections on the decline in terms of trading volumes, making room for smaller projects to shine. 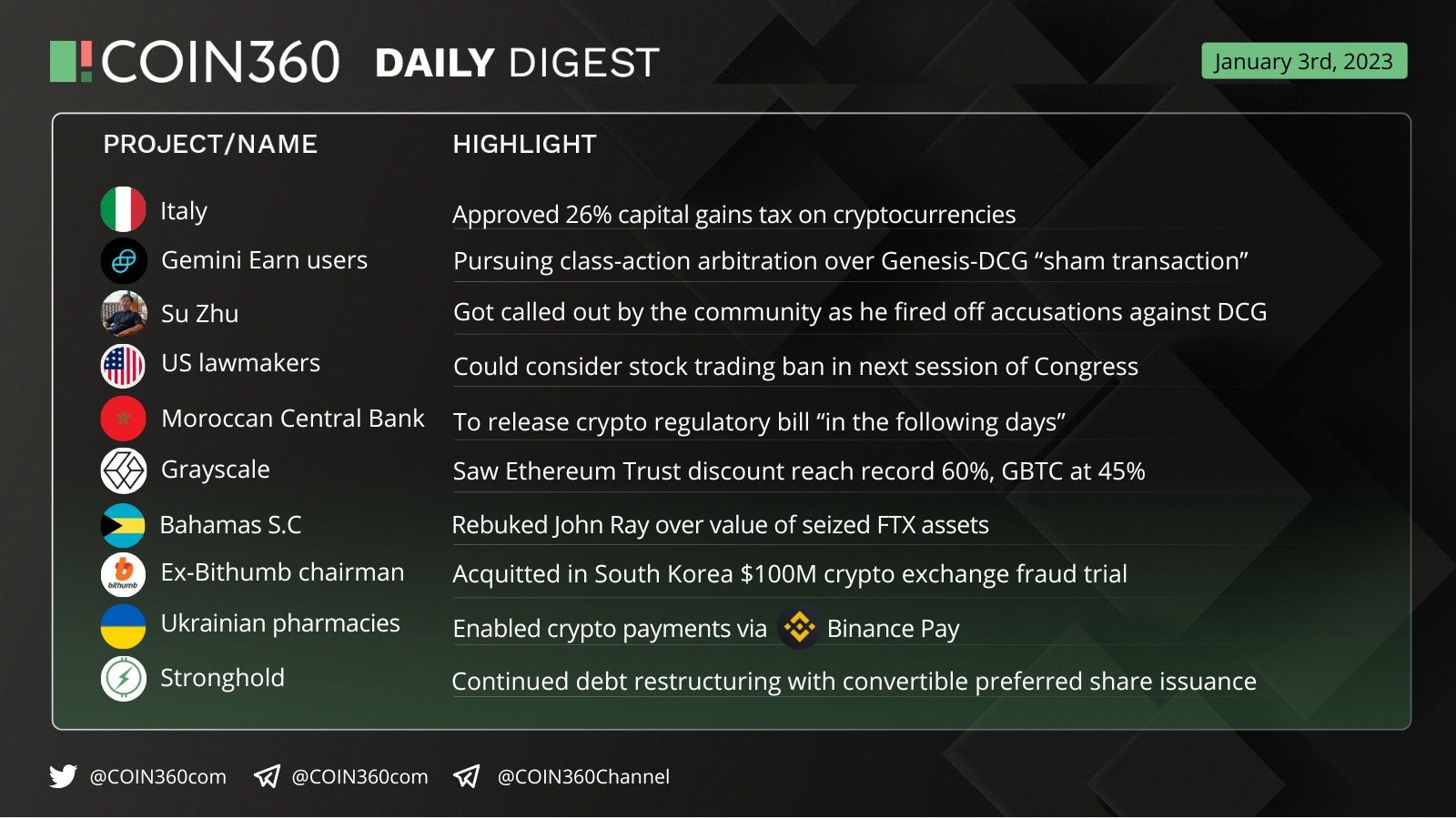