News/Bitcoin price volatility traps shorters at $16,250 before bouncing back to $16,850
2 months ago6 mins read

Bitcoin currently trades at $16,850 and a close on the daily above $16,730 will result in a bullish engulfing candle formation. The market leader's recent dump to $16,250 before this bounce was used to grab sell-side liquidity by initiating stop-loss orders for long positions built in the range over the weekend.

The recent price action can also be linked to the BoJ’s decision to lift the cap on the 10-year Japanese government bond yield to 0.5%. This news drove DXY down while giving some room for the crypto market to rally. In the meantime, analysts have begun to warn market participants against the likelihood of a Fed pivot in 2023 based on what Japan has done.

The S&P 500 continues to weaken and has broken down from its support band of 3,865. Meanwhile, DXY continues to find support at 104.2 without a lot of volatility right now. Core PCE on release on December 23 may bring more volatility to the market.

Bitcoin is attempting to break out of sideways price action, with $16,900 acting as the main resistance. We see some bullish indicators such as our pair of fast and slow-moving averages making a bullish cross, as well as the daily momentum indicators signally seller-exhaustion. On the other hand, we can see decreasing volume as the price increases and could get another move to $16,500 before going up and filling the imbalance at $17,300.

Ethereum didn’t have a lot of long positions being built and hence did not react as aggressively as Bitcoin when it came to grabbing liquidity. This meant that the second-largest cryptocurrency by market cap was able to defend $1,150 before a bounce. ETH also has a bullish cross in the works, along with stacked liquidations at $1,250, which should serve as a magnet going forward. The floor remains the same at $1,150 followed by $1,100.

Wolf Game seemed to be the only project that commanded absolute dominance in volume, though the whole NFT market was green in general.

Since the project shared details about its Woolpaper, the NFT newsfeed started to be filled with thoughts from community members. 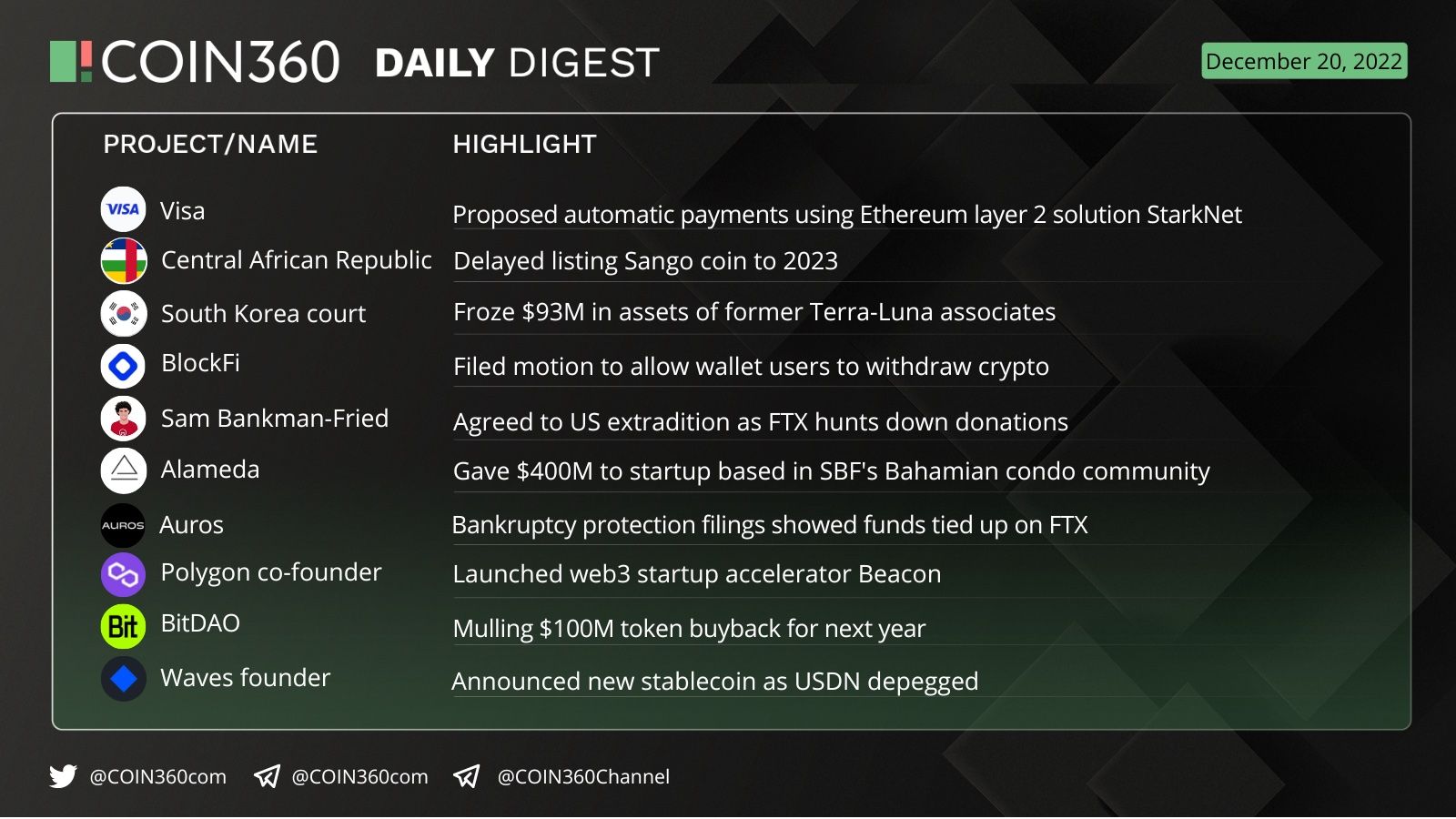