Bitcoin moved 8% up last week but could not break through resistance over the weekend. While we expected Bitcoin to rally higher, the market leader showed little volatility and started the new week in the red, falling from around $16,400 to test the $16,000 support.

Ethereum also faced a lot of sell pressure today, which can be attributed to a whale moving 73,000 ETH to a centralized exchange. Implied volatility is still high for the coming weeks since we have Core PCE on Dec. 1.

Meanwhile, the S&P 500 is starting to top out and could potentially retrace to 3,900 before further developments. DXY is currently at 105.8 and could form a potential double bottom at 104.5.

Bitcoin is forming a range similar to the one seen in September and October. $15,700 is the expected level on the downside, and we should see more attempts at breaking out of this range, touching $17,600. If the price does drop below $16,000, we could see aggressive longs stepping in, at least until the range top is tested. 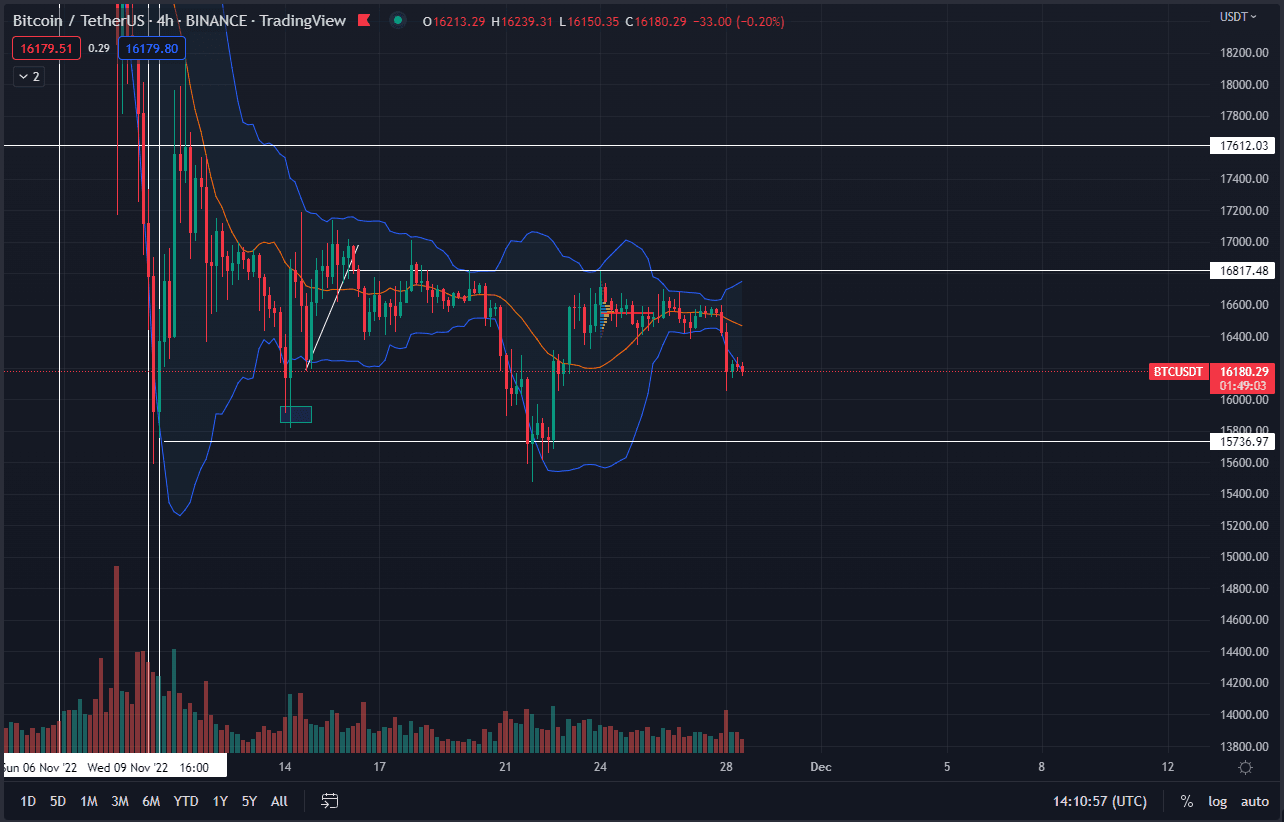 Ethereum topped out at $1,236 and had a 6% drawdown bringing it to our current level of $1,170. We can expect to see some sideways action testing $1,1780, but ultimately it seems more likely that ETH will test $1,100 before a dead-cat bounce. The majority of the 73,000 ETH recently parked at an exchange will most likely be distributed during a bounce rather than a downtrend. 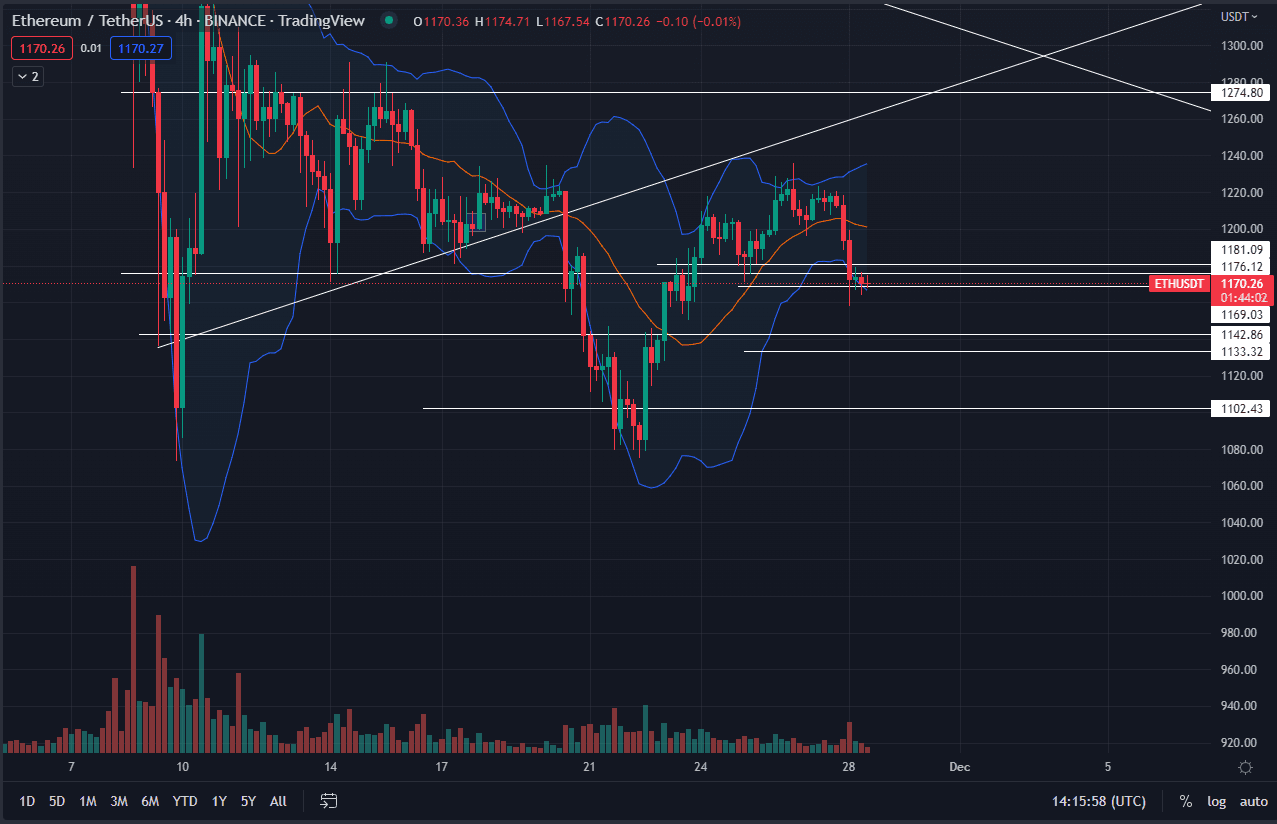 The Heart Project’s Heartboys sold out in 23 minutes, and the team is about to open a portal to claim HEART tokens after the reveal.

Origamasks sold out on Nov. 26 but the community has remained active. 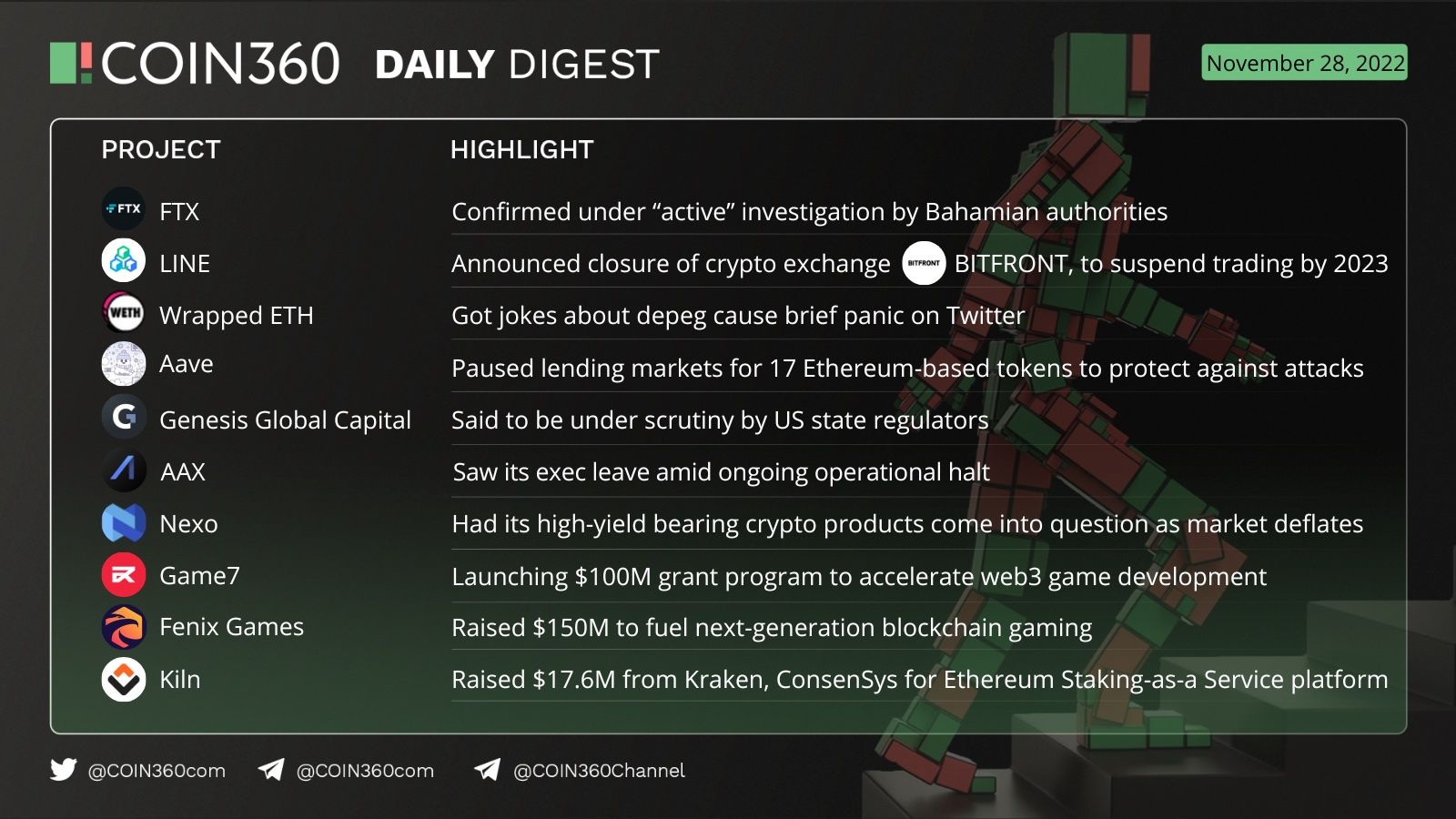