From SBF trying to play down rumors of FTX's insolvency to Alameda Research CEO, Caroline Ellison offering $22/FTT to Binance CEO Changpeng Zhao and Binance finally making a bid to buy FTX — the last 48 hours have been eventful for the crypto space, to say the least.

Unfortunately, we're not out of the waters as it seems. While announcements from both CZ and SBF resulted in a strong bounce for BTC, ETH and other cryptocurrencies, concerns around the extent of FTX's inability to meet withdrawals and potential action from regulators pushed the market down hard. 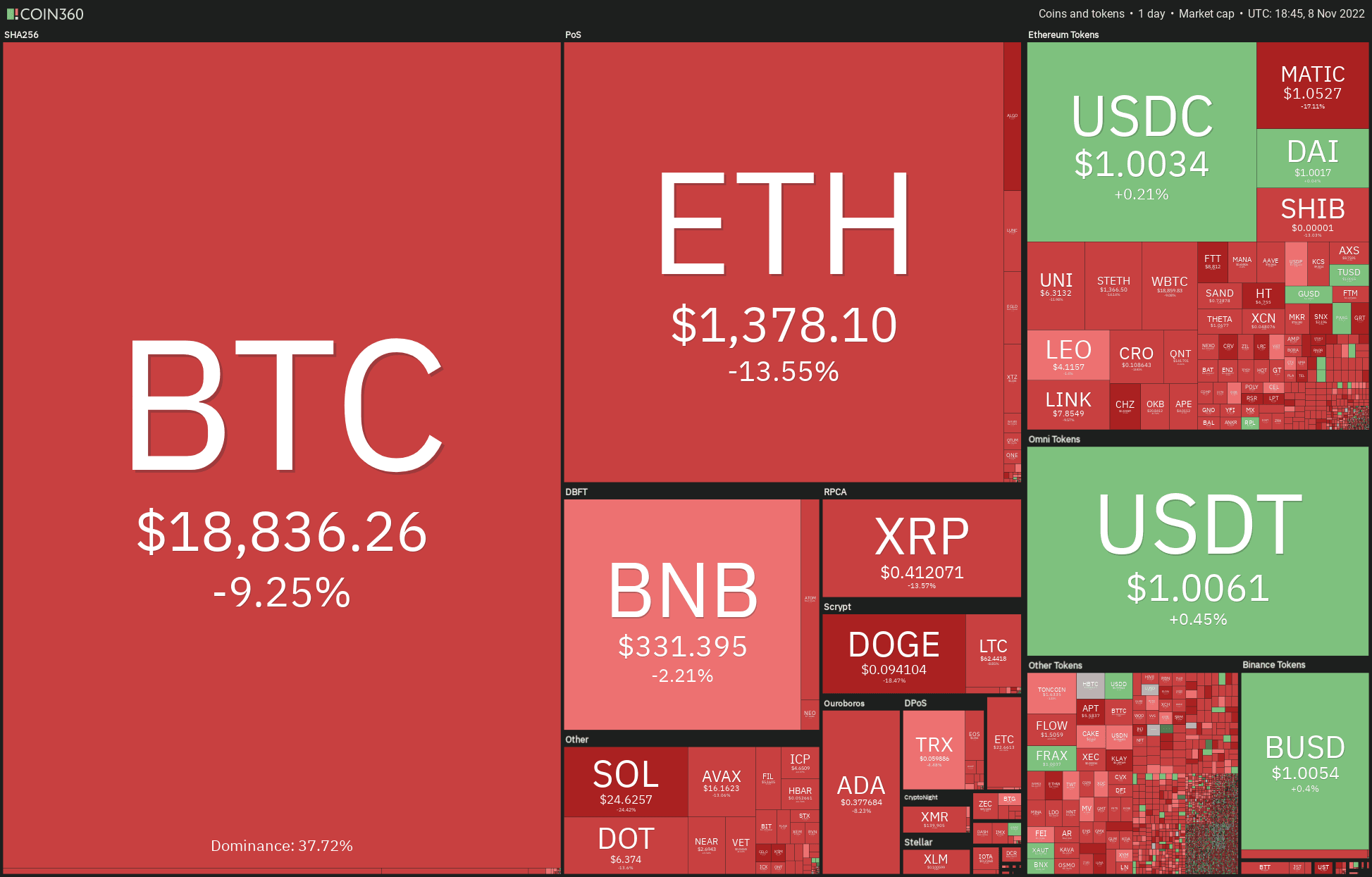 With the way the market is moving today, it may take a while for bulls to recover, especially since the situation around FTX's insolvency and whether or not CZ can bail SBF out is still unclear.

According to Semafor journalist Liz Hoffman, FTX was reportedly seeking funding from Silicon Valley and Wall Street billionaires to cover the bank run on its exchange. This comes as a surprise since SBF stated earlier that FTX's client holdings are not invested anywhere. However, it seems that one of the largest exchanges in the world was seeking around $5-6 billion dollars to cover the liquidity crunch.

Meanwhile, Binance CEO CZ tweeted about his decision to potentially buy FTX after due diligence. However, they have signed a non-binding LOI, which means CZ can pull out of the deal if FTX's woes pan out to be bigger than expected.

What does this mean for crypto?

Like the Luna collapse, this latest development is not good for the space, especially in the eyes of already-skeptical regulators. Even if Binance acquires FTX, there could be anti-trust laws to contend with, and it is as yet unclear is both entities can even move forward with the merger.

Moreover, it appears that FTT's bleeding is continuing unabated (down ~70% for the day) which could make the exchange unattractive for acquisition, especially if the majority of the customers are already out.

If this ends up being another case of retail suffering significant losses, regulators may be prompted to bring stricter rules into effect, further limiting the freedom crypto has enjoyed in the prior years.

Moving forward, market participants will want to see the space rising again once the dust settles in what has been a year of multiple downfalls.