Bitcoin hasn’t moved more than 2% in almost a week. Such low volatility is expected as market participants take a break over holidays. Even if no move follows in today's market session, we can expect volatility near the end of December as jobless claim data will be released.

While ETH had a minor price drop, LUNC became the best winner among the top 100 today as the community is voting on a new proposal that would reverse a decision to transfer 50% of all LUNC burns to a community development pool.

With the ongoing winter storm in the U.S., Bitcoin mining hashrate fell roughly 38% as mining centers were forced to shut down.

Bitcoin has been moving sideways for almost a week. An impulsive move usually follows up such consolidation. It is hard to tell the direction with such low volume over the week but higher prices are still on the board, with $17,300 being probable and $18,500 the best case. On the flip side, we may see a strong liquidity grab towards $16,000 first, as many buy orders are sitting around that price. 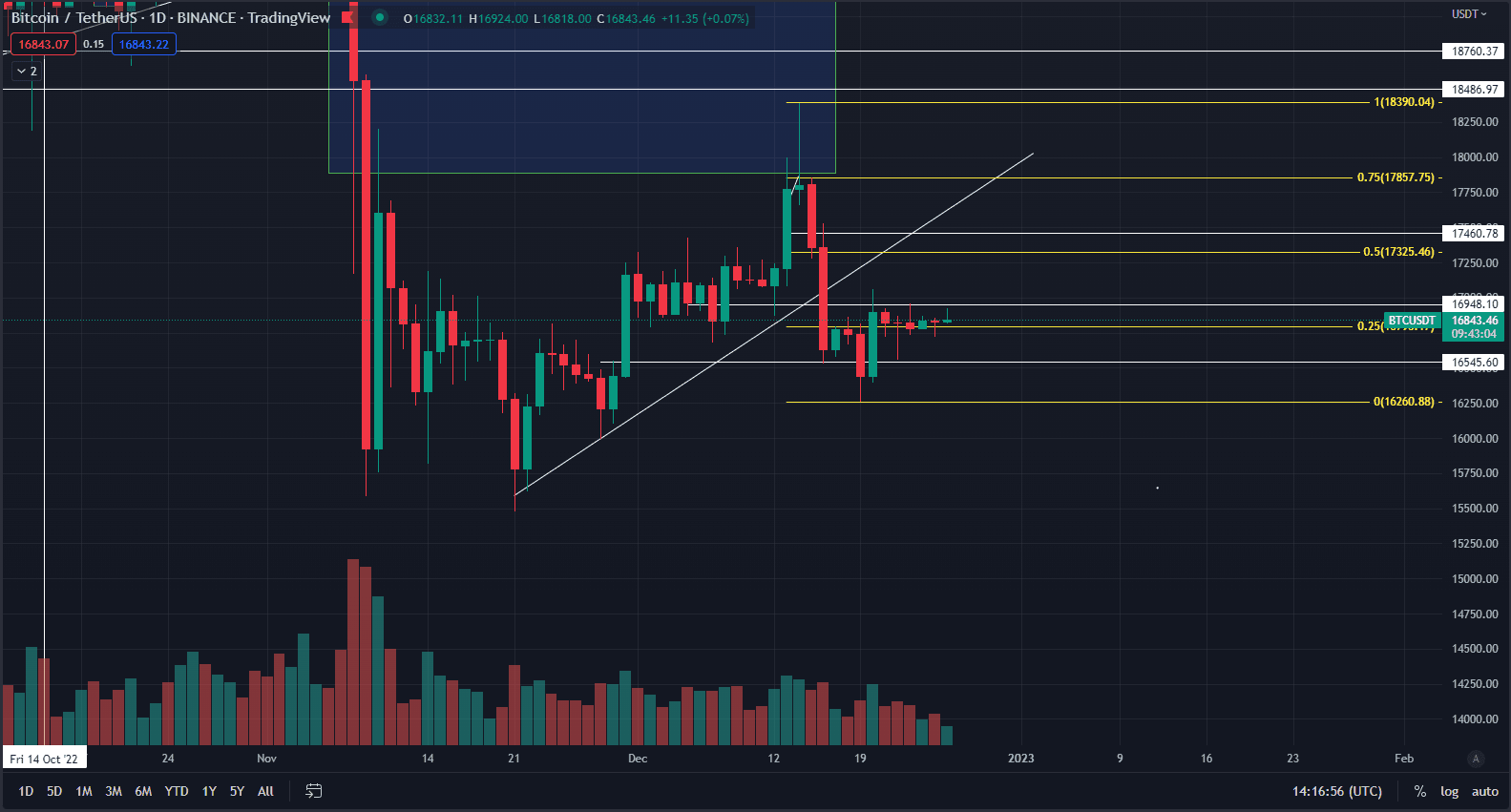 Ethereum has had a similar sideways price action with wicks extending both ways. Such price action typically targets high leverage or tight stop loss traders, and is very hard to day trade with. Ethereum has two points of interest, the first being $1,250, followed by $1,300, which fit perfectly into our premium discount model. If a correction is to occur before we move higher, $1,150 is likely where we see support. 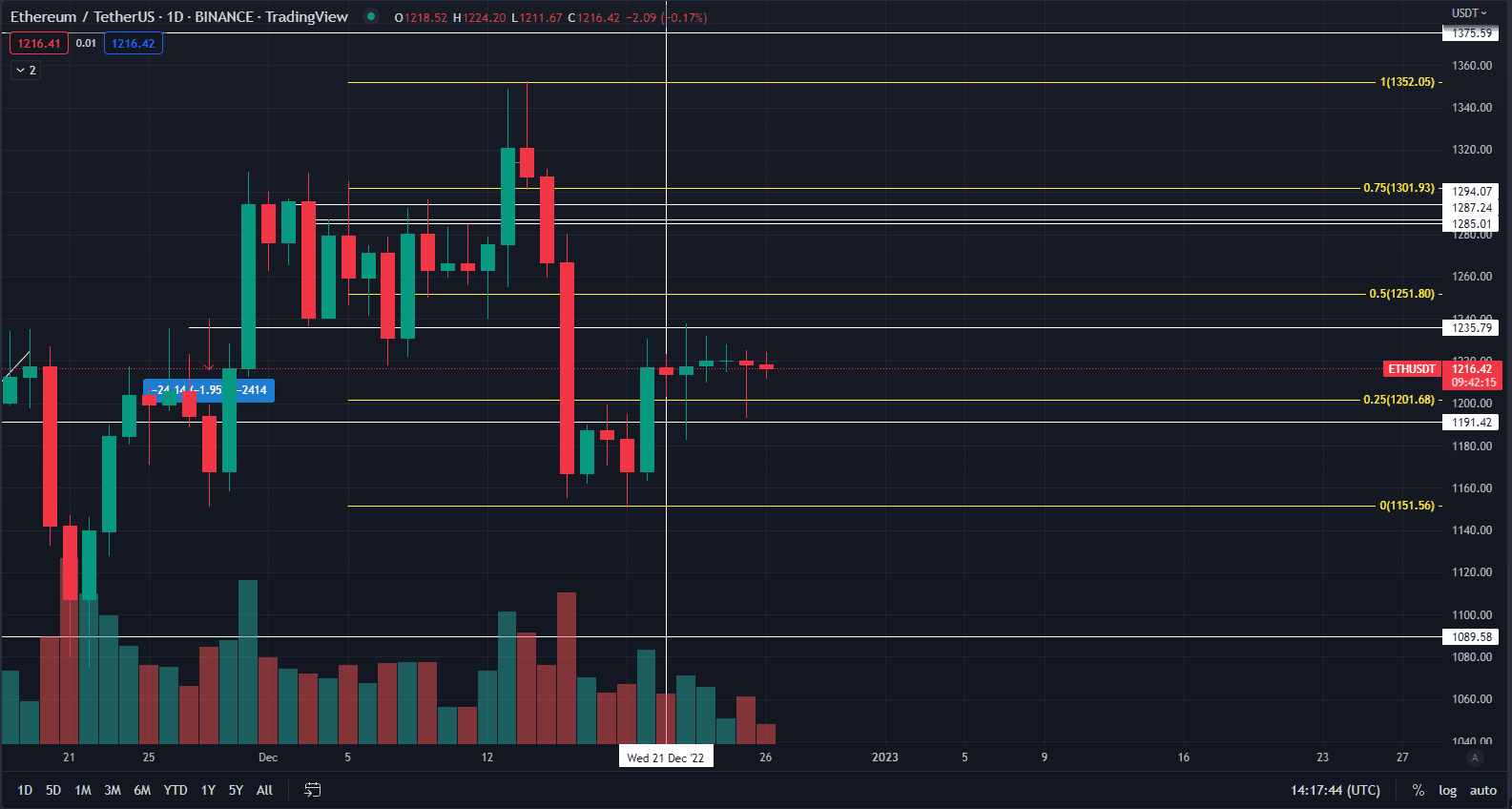 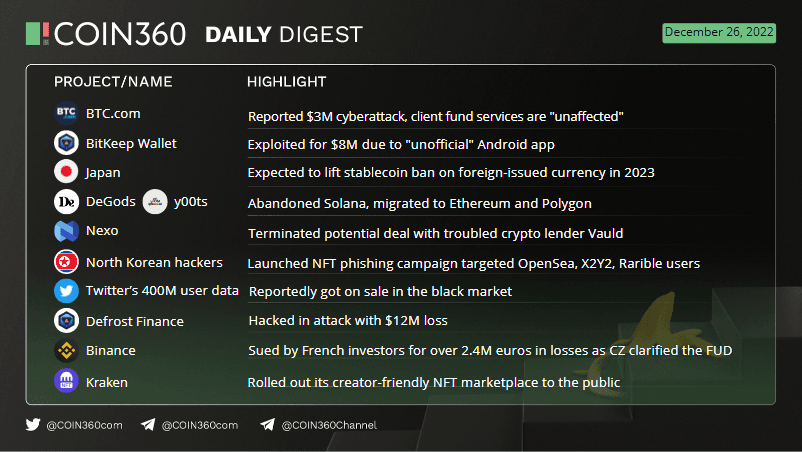