Shopping With Crypto: A Hodler’s Guide

Have you ever thought about spending your cryptocurrency without exchanging it to fiat (and paying commission fees or realizing profit which has to be reported to the tax authorities)? Although mass adoption of cryptocurrencies is showing much slower progress than we all expected back in 2017, you still have different options to spend cryptocurrencies on various platforms online and sometimes even in offline stores.

In this guide, we will go through some of the major stores, services, and institutions—some of which have been pioneers in this area—that have welcomed crypto and its benefits. You want to purchase real-world goods and services for crypto, don’t you? Here are some ideas of where to do it.

In the world of retail, Overstock was a pioneer as it was the very first major retail company to accept payments in Bitcoin. Launched in May, 1999, Overstock started as a business that liquidated stock from failed businesses that were among the myriad of dot-com businesses that started operating in the 90s, selling them at below-wholesale prices. Currently, Overstock still specializes in closeout merchandise but also offers brand new stock. The products that can be purchased for Bitcoins include many categories, majorly specializing in furniture, bedding, and other home décor products but also including clothing items, kids toys, and electronics. 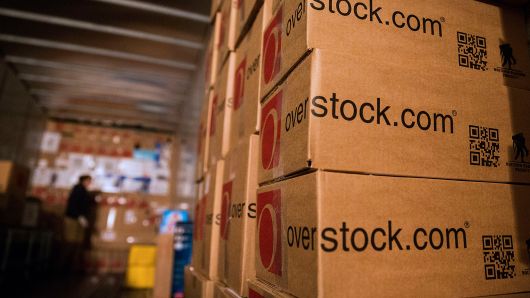 Overstock’s CEO, Patrick Byrne, is a big proponent and advocate for Bitcoin, which led to making Overstock the first large stock company to accept crypto payments with Bitcoin through a partnership with Coinbase. Back in 2014, having businesses adopt crypto payments was a rare sight, let alone a $1.4 billion company (at the time). In regards to this, Byrne himself has been quoted saying “We saved that community about five years in their adoption cycle”. Byrne’s support doesn’t really come as a surprise though, given that he has a turbulent history with Wall Street, and he declares himself a follower of the Austrian school of economics, being heavily opposed to central authorities.

Widely regarded as Switzerland’s largest online retailer and included among the top 350 online retailers in the world, Digitec Galaxus has almost 3 million products that can be bought with crypto, although this is only available for purchases that are above 200 Swiss francs (almost 200 USD at press time). Galaxus offers a wide variety of products among its 2.7 million product catalog, including computers and other electronics, clothing, jewelry, and even sex toys.

A Mar. 19 announcement stated that Digitec would start accepting payments in crypto, including the most famous cryptocurrencies. As per the announcement, Digitec accepts payments in Bitcoin (BTC), Bitcoin Cash (BCH), Bitcoin SV (BSV), Ethereum (ETH), Ripple (XRP), Binance Coin (BNB), Litecoin (LTC), Tron (TRX), NEO (NEO) and OmiseGO (OMG), thanks to a payment method jointly developed with companies Datatrans and Coinify, charging a conversion rate of 1.5%. The company also has a crypto wallet feature in its e-commerce platform, including guides that could help people who are not acquainted with cryptocurrency or don’t know how to purchase goods with it.

Though not available for purchases of items in the Microsoft online store or for gift cards, Microsoft allows you to use Bitcoin and transfer them to your Microsoft account. Bitcoin can be used to purchase games, movies, and apps in both the Windows and Xbox stores. The support for crypto payments has been available since late 2014, but it has been a rocky relationship. Although the company has neither confirmed nor denied the reason behind it, Microsoft stopped accepting payments in Bitcoin around the end of 2017 and the beginning 2018, and it was heavily theorized that it was due to the volatility of Bitcoin that Microsoft decided to stop accepting payments. However, it only took a handful of days for Microsoft to accept crypto payments once again.

Later in 2018, Microsoft announced Bakkt, a new crypto venture in partnership with Starbucks and the ICE. It has been said that this move will likely improve the chances of adoption of cryptocurrencies from major platforms and businesses, so it seems that Microsoft has a much more favorable opinion of crypto than before.

Newegg, founded in 2001, is one of the leading tech-focused e-retailers in the world, shipping to over 50 countries and focusing on consumer electronics, entertainment products, smart home appliances, and gaming products.

It is important to note that Newegg also sells products that are shipped by other retailers, and in those cases, Bitcoin payments are not supported. All Newegg-shipped products from both Newegg.com and Newegg.ca supported payment with Bitcoin, with the caveat that refunds can only be issued in the form of Newegg gift cards.

On Sep. 5, 2018, it was announced that Post Oak Motor Cars would be the first Rolls-Royce, Bentley and Bugatti dealership in America that would accept crypto as one of its payment options. This is a move that allowed people from all around the world to purchase luxury cars through the use of payment processor, BitPay. According to Tilman Fertitta, the hospitality mogul and the owner of Post Oak Motors, Bitcoin sparked the interest of the company because he was interested in offering its premium customers the best payment options that allow them to purchase cars fast. The company accepts Bitcoin and Bitcoin Cash to purchase luxury carriages.

Before Post Oak Motor Cars started offering crypto as a payment option, Japanese car dealership, L’Operaio, was already accepting Bitcoin as one of the possible ways for purchasing cars since March of 2018.

The addition of Bitcoin as a payment option was also motivated by how easy and fast transactions and purchases can be made. By using their crypto wallets on the exchange bitFlyer, users can make purchases of up to 100 million yen (roughly $900,000), and it only involves the scanning of a QR code, a procedure that takes no more than a few seconds.

Samer Halimeh New York, an international diamond and luxury jewelry brand with stores in London, New York, Cannes, and Kuala Lumpur started to accept Bitcoin payments in September 2017. Those who wish to convert Bitcoin to something as splendid and everlasting as diamonds can join the Samer Halimeh NY clients list. By the way, the list already includes world-known celebrities like Elton John, Oprah Winfrey, Naomi Campbell, and Angelina Jolie. Unfortunately, there is no info whether they paid for their diamond rings, earrings and necklaces with Bitcoin or not.

Samer Halimeh, the CEO of the company, claimed that an ever-growing number of clients (mostly VIP customers with over “seven figures” purchases) had been asking him to pay for their goods with Bitcoin. Finally, he decided to implement this payment method and seems quite optimistic about it. “We also believe that in the future, the currency will revolutionize the luxury goods marketplace and the use of this digital currency will make trading and purchases for our clients and contacts easier, cheaper and much faster”, he said. 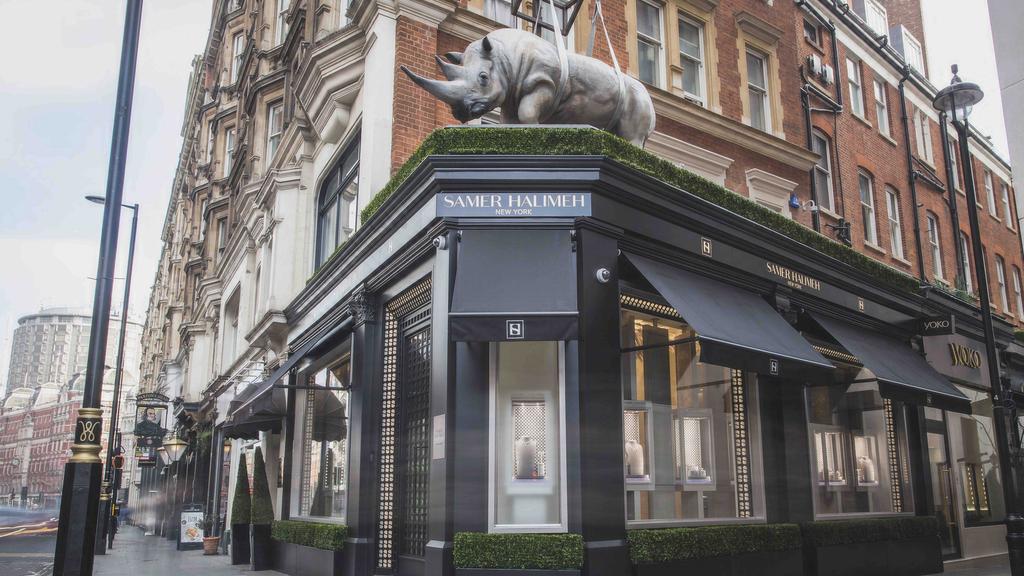 REEDS Jewelers, founded in 1946, claims to be the first fine jeweler to accept Bitcoin payments: they announced this new payment method in June 2014. REEDS Jewelers offers a variety of jewelry and wristwatches of the best quality brands like Rolex, Pandora, Alex and Ani, Mikimoto, Swarovski, and Omega; gold ingots and loose diamonds are also on sale. The full selection of goods is available for purchase with Bitcoin online and in all 65+ retail stores. There are three ways of paying with Bitcoin: scanning a QR code, copying the address or sending Bitcoin directly through your Coinbase account. All return policies and other guarantees apply to orders paid with Bitcoin.

The University of Nicosia in Cyprus

In November 2013, The University of Nicosia—the largest private university in Cyprus with over 11,500 students scattered across 70 countries—became the first accredited educational institution in the world to accept tuition (and other fees) payment in Bitcoin. This option became available after several requests from UNIC’s online students from underbanked countries. In 2014, the university launched a new educational program—Master of Science degree in Digital Currency, and is currently the number one in the world in blockchain and digital currency education. 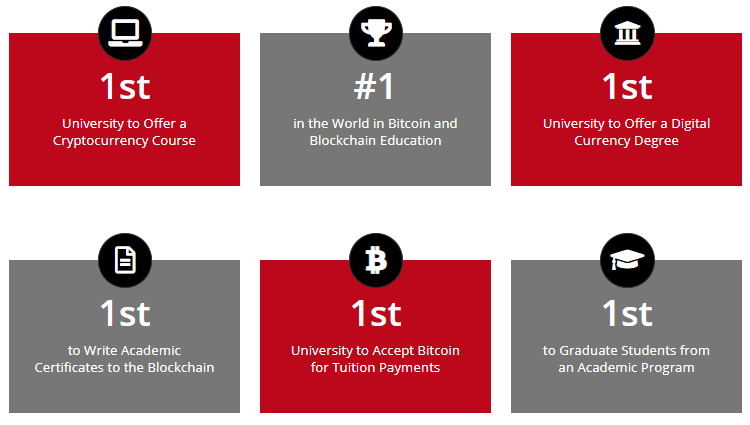 University of Nicosia: hall of fame

In 2014, Cumbria University (one of Britain’s newest universities, located in North West England with more than 8,500 students) allowed students enrolled in any of the two courses that examined the role of complementary currencies to pay for said courses in crypto. The two courses are the Postgraduate Certificate in Sustainable Leadership, and the Certificate of Achievement in Sustainable Exchange. Professor Jem Bendell, from the Institute for Leadership and Sustainability (IFLAS), said: "We believe in learning by doing, and so to help inform our courses on complementary currencies, we are trialing the acceptance of them.”

The UNic and the University of Cumbria are not the only institutions to accept Bitcoin as one of their payment methods, The King’s College, in New York, is another one that included Bitcoin in their payment repertoire, back in 2014. The private Christian liberal arts college partnered with merchant processor Coin.co to process the payments. Switzerland’s Lucerne University of Applied Sciences and Arts also included the cryptocurrency in their options back in 2017. The public university partnered with Bitcoin Suisse AG, who exchanges incoming payments into Swiss francs on a weekly basis.

CheapAir is a travel agency located in Calabasas, California, in the U.S., that launched in 1989. In 2003, cheapair.com launched and in 2013, CheapAir became the first travel agency to accept Bitcoin as payment for flights. In May 2018, in response to customers’ demand, the agency began to accept payments with Litecoin, Bitcoin Cash, and Dash, for both flight and hotel bookings. CheapAir is the only agency in the U.S. that allows you to buy flights with Bitcoin.

More Stamps Global is a travel agency, based in Hungary, which accepts 40 different cryptocurrencies as payment for booking flights, hotels, rental cars, and more services around the world. Patrick Amoah—the founder and CEO of the agency—stated back in August 2018 that part of this move was made in the company’s “search [of] a better travel means” and that they believe that crypto is “a potent weapon to revolutionize the travel and tourism sector”.
Last December, the private More Stamps Global (MSG) token sale took place and the blockchain platform release was announced. The token pre-sale started in early January 2019 and the company’s ICO was held in February 2019.

eGifter is a website and a mobile app which offers gift cards from more than 250 brands. Adidas, Amazon, iTunes, Burger King, Columbia, Domino’s, eBay, Nike, Sony Playstation, TGI Fridays, Uber, and XBOX — this is only one-twentieth of the companies whose gift cards can be purchased with Bitcoin on eGifter. No additional fees are applied, but a BitPay wallet is needed to process the transaction. The service also allows users to earn eGifter Points for every Bitcoin purchase; the points can be used as a payment method for their next purchases.

Gyft is a digital gift card platform available for the web, iOS, or any Android device. It was one of the firsts to accept Bitcoin. The site offers gift cards from more than 200 retailers, some of which include Amazon, Starbucks, Target, Whole Foods, Best Buy, among others. Gyft also offers a service called “Gyft card”, where instead of choosing from a particular store, the receiver of the card can use it in any of the more than 200 retailers. The Gyft card option also works as a way of cashing out your Bitcoin, as you can purchase a Gyft card using Bitcoin at any time, and then keep it in your Gyft Wallet as a balance to use in the future.

Though cryptocurrencies are still not supported by most world-known retailers and service providers, it’s already not a problem to spend your crypto on real-world goods and amenities. You can buy yourself almost anything from pizza to luxury cars, and from smartphones to loose diamonds, and pay with Bitcoin (other cryptocurrencies are not widely supported, but they are also an option sometimes). Moreover, you can book hotels, flights, car rentals, and even pay tuition fees with crypto, and if you want to buy something from well-known brands, gift cards are at your service.

Thanks for reading, and shop well,