Bitcoin has had a 31% rally in the past two weeks, which has brought it up to a price of $21,450. However, we are finally starting to see some consolidation as the previous two daily candles ended in the red.

Looking at the chart, it was a solid move supported by volume and full-body candles, but since the macro conditions have not changed, it is better to treat it as a relief rally and nothing more. Moreover, seeing how the FED feels about these prolonged crypto and stock rallies calls for added caution.

Important macro events this week include the UK and Eurozone CPI releases, which will come on Jan. 18.

Meanwhile, the S&P 500 is sitting on 4,017, a key resistance level for some time. If it can break through toward 4,200 we should see strong bullish sentiment, especially as DXY remains weak at 102.3.

Bitcoin has had an amazing start to the new year with this rally, but looking at the daily chart it is quite clear that the selling pressure which pushed the price down to our range lows was higher compared to current buying pressure.

Moreover, we were oversold on a lot of high time frame indicators before this rally, which now signal “overbought” on the weekly and daily time frames. Lastly, we had a huge dip in open interest as lots of shorts got wrecked around the $20,000 price level. All of this can be used to assume we have already hit the top or are likely very close to it. 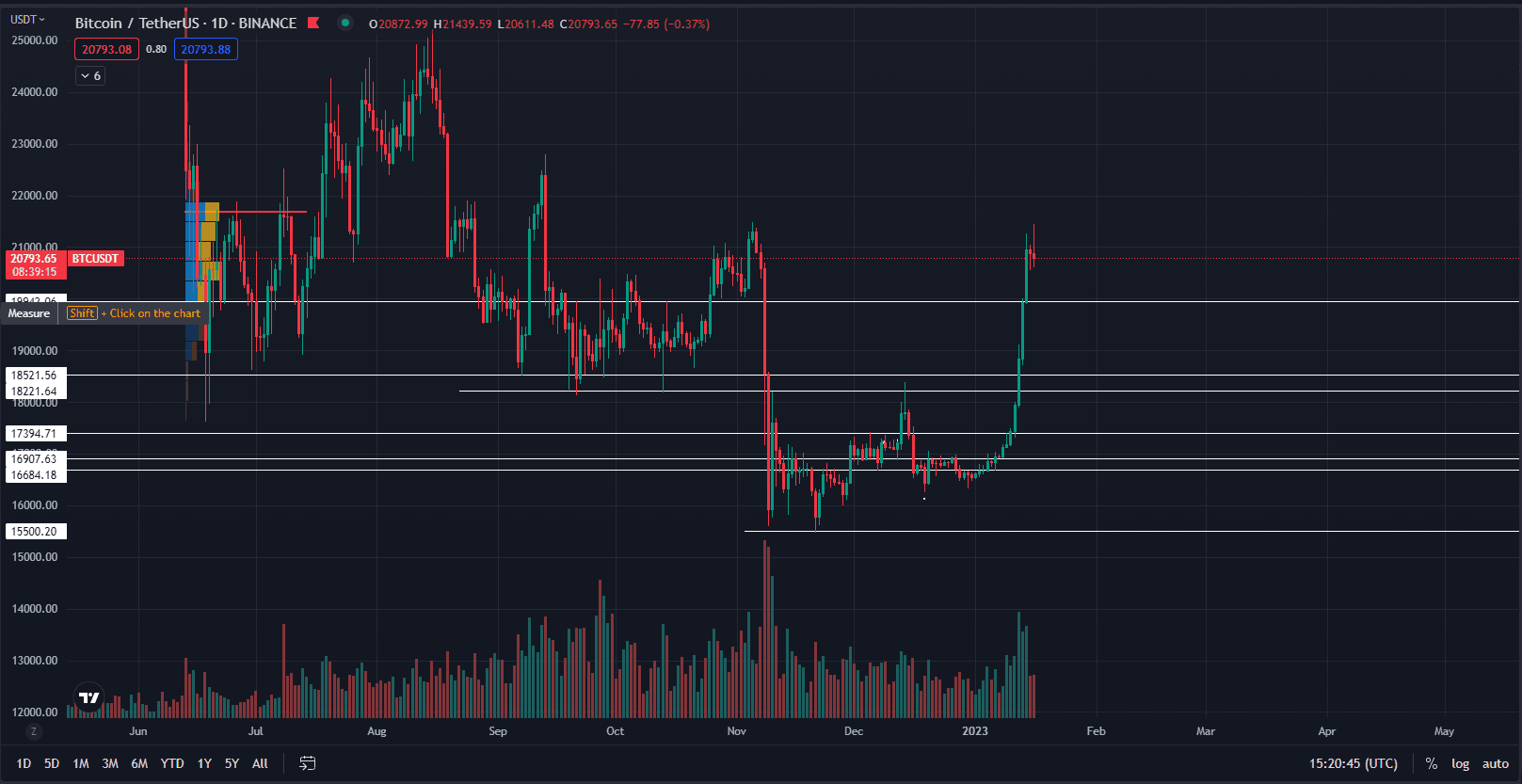 Ethereum has had a 38% move and led many altcoins to surge. This pump was fueled by built up shorts and an imbalance of sellers around $1,550, which has now been filled. We can also see the price consolidate around the same area which further adds to our confidence that the reasons leading to this rally have been fulfilled and the first sign of weakness moving forward will probably serve as a catalyst to bring us back to down to range lows. 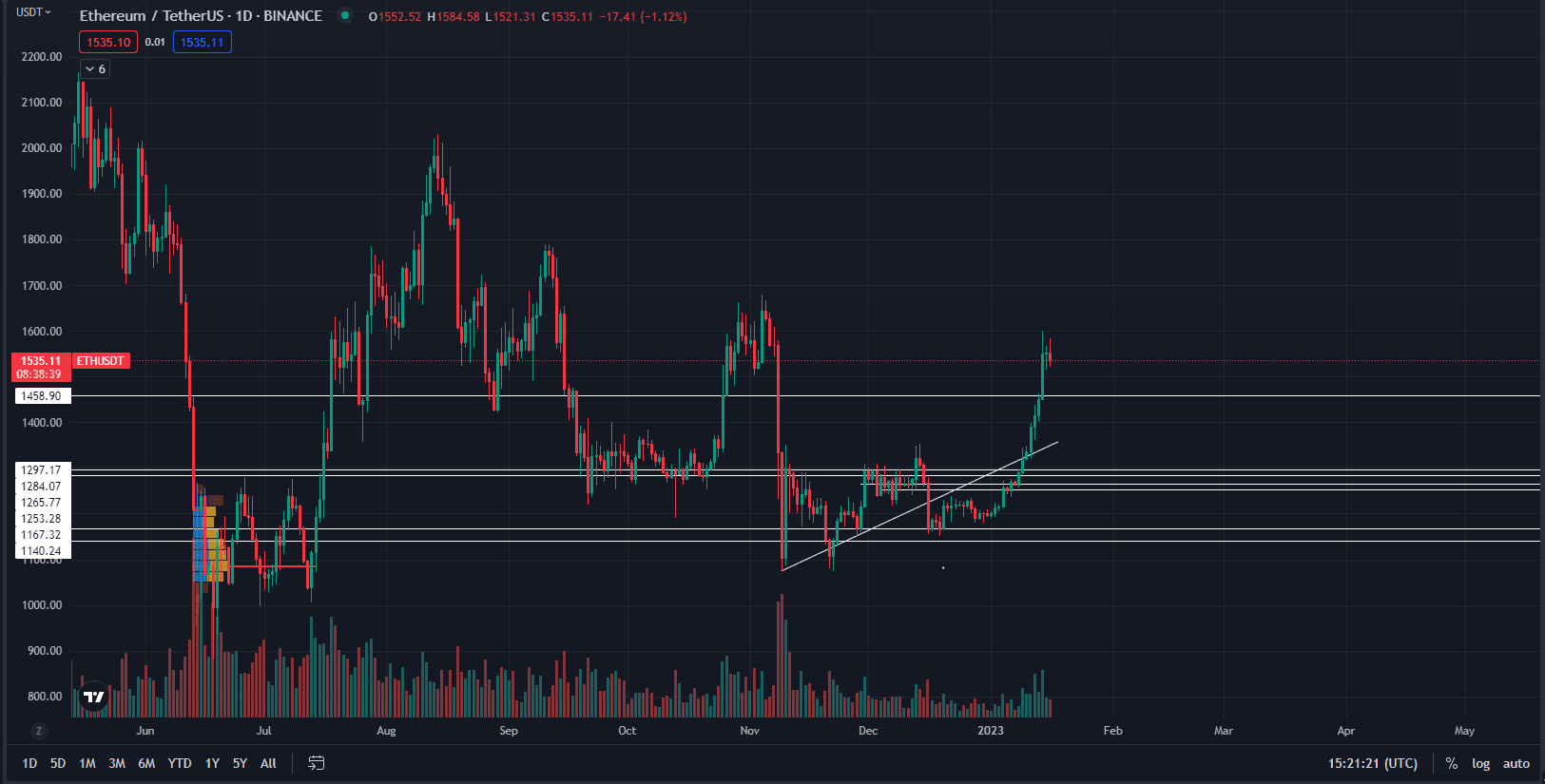 a KID called BEAST (+9,546.97%) was the biggest winner among the top 10 NFT collections by both volume and volume growth.

The team claimed community support, which led to a lot of bot/sniper accounts trying to join, caused their ability to mint to be paused. DegenKnows data also showed a large number of fresh buyers entering the game today, but some smart money traders utilized this opportunity to get out as well. 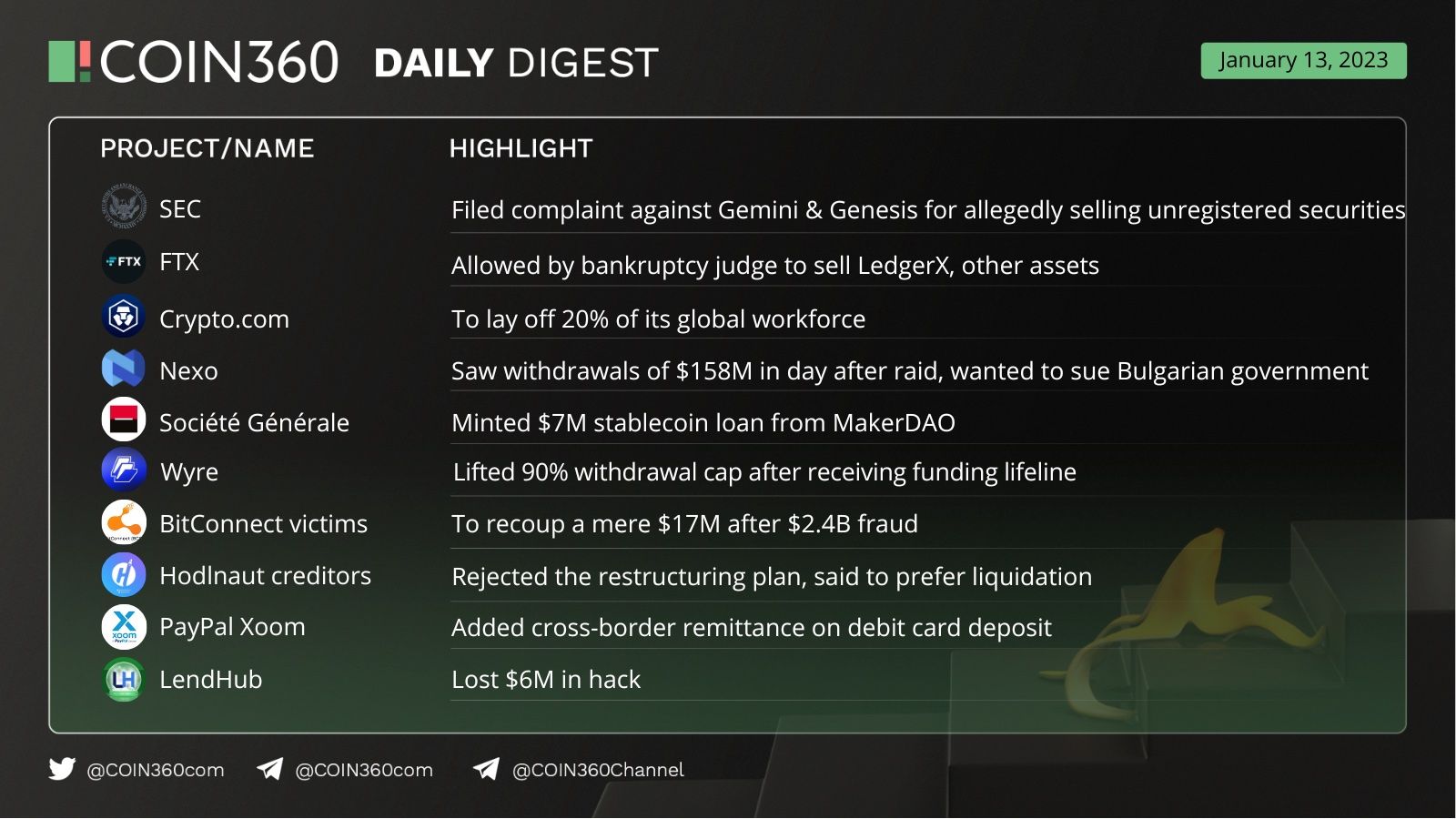