Bitcoin fails to sustain upward momentum as it clings onto $20,500

S&P 500 had its breakout 2 days ago and despite this impressive run from June lows, it's still 5% off of its target. 3870 was the pivot point for the recent crash, and is currently a point of interest for both buyers and sellers. If the index fails to push through, we could see another move down.

Bitcoin price has been relatively volatile lately, but until it breaks out of the current range, it doesn't mean much in the broader scenario. For now, however, holding the range between $20,000 and $20,500 is crucial for bulls.

With equities falling and GDP coming out bullish for DXY, it seems likely that we’ve come to the tail end of this bear market rally. If Bitcoin fails to hold $20,500, bears may start to regain control. 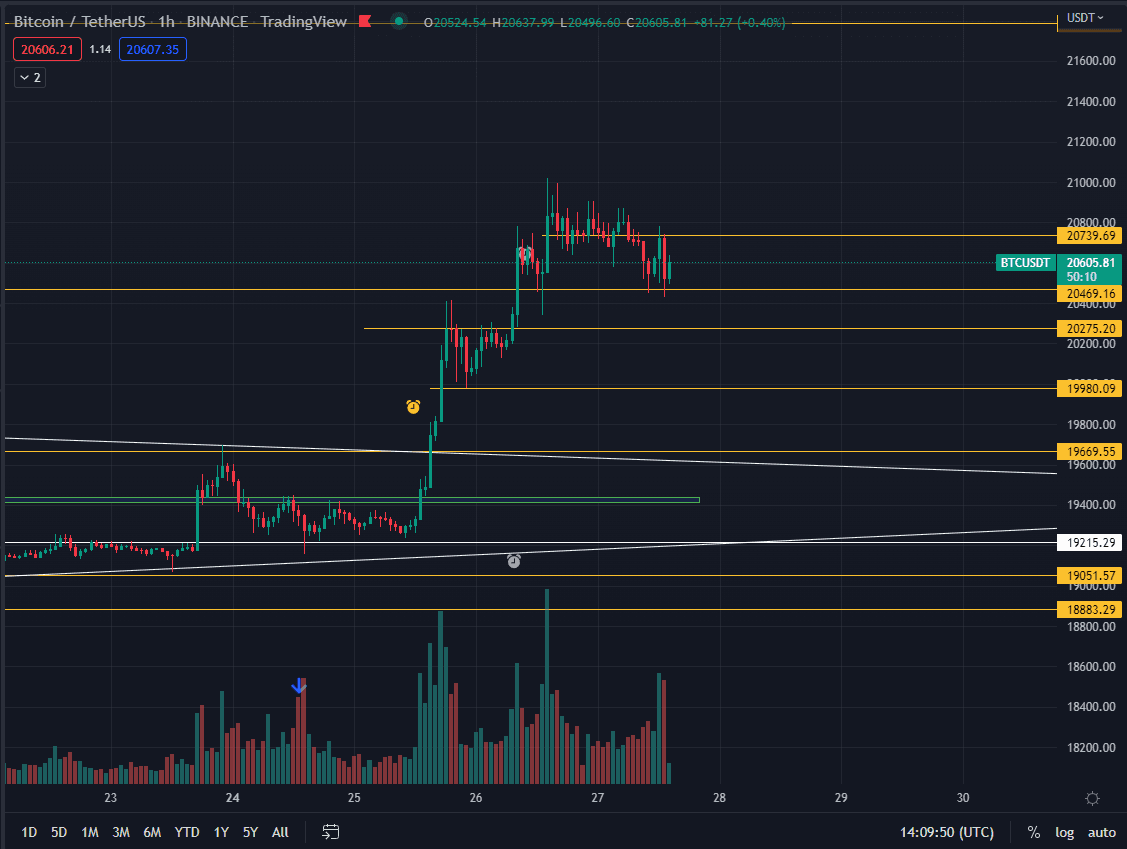 Ethereum has been consolidating in a tight range between $1,580 and $1,540 after reaching its breakout target of $1,595. Looking at ETH/BTC we can see our previous rally started from the same area and ended at our current level. We can also see volume drying up on the ETH/USDT chart — signs implying that a move down for the price of ETH is more likely than a move up. 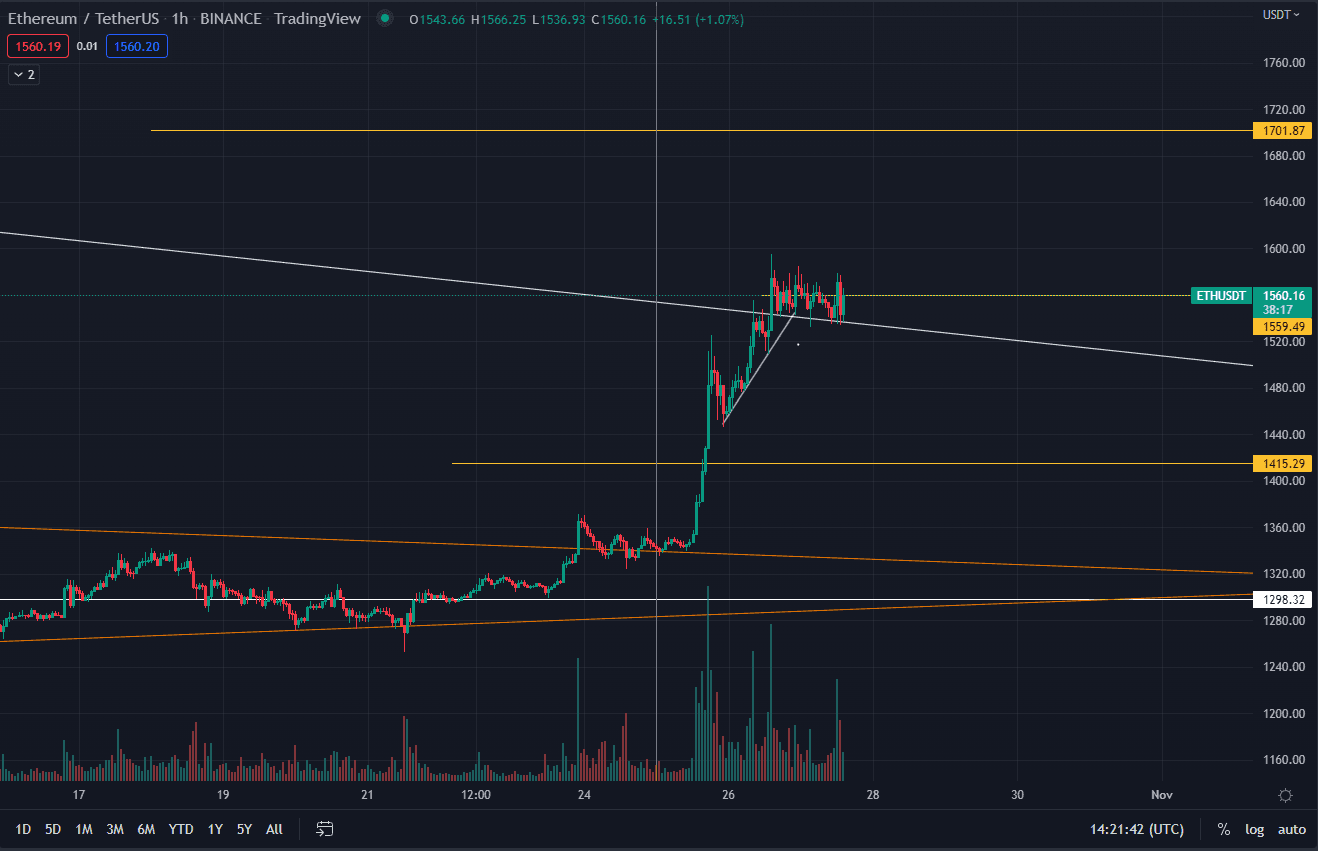 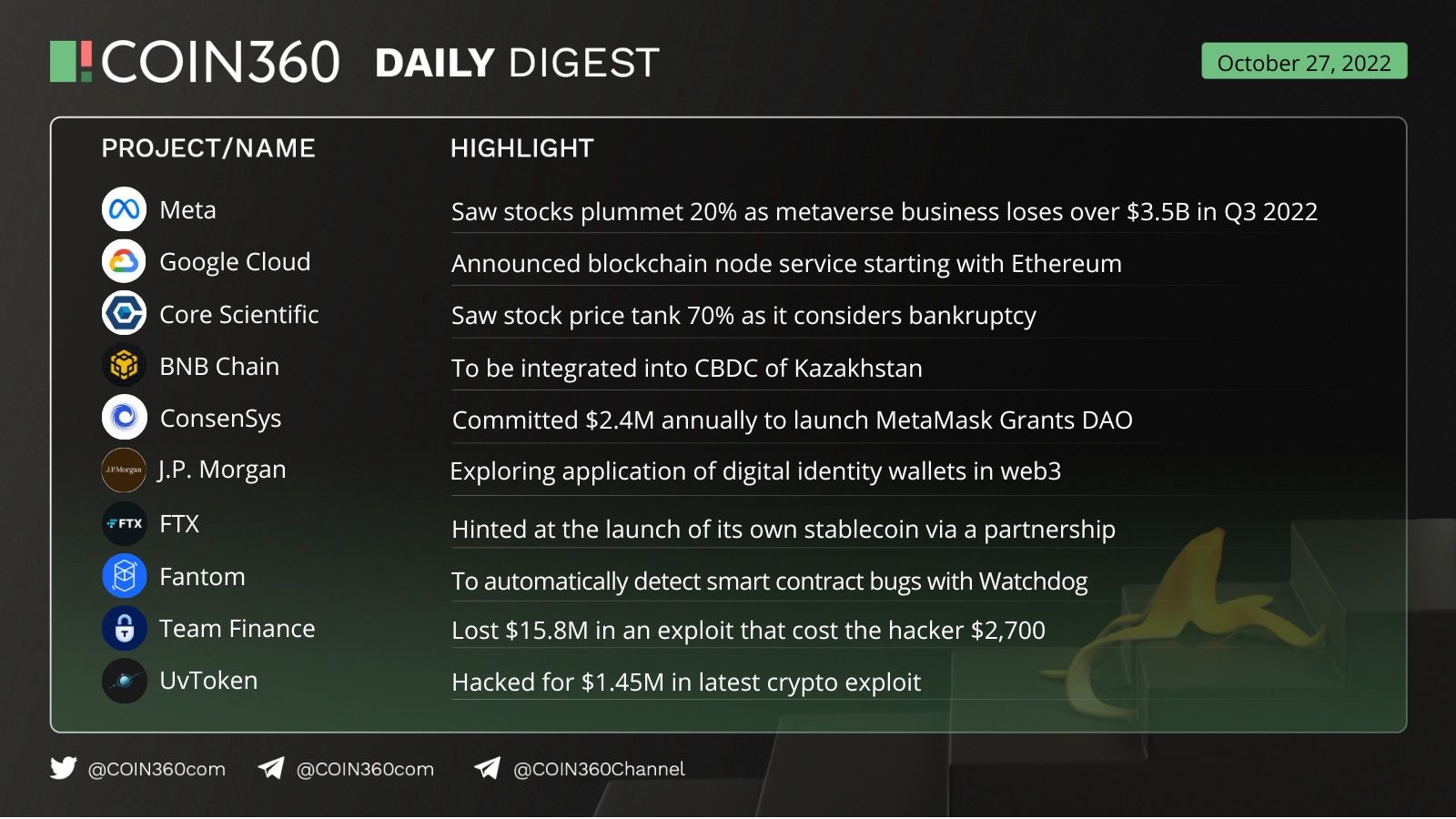