The market leader saw a 0.55% drop in the lat 24 hours. However, the number of known addresses on the Bitcoin blockchain holding 1 BTC or more has hit a new ATH at 950,465, suggesting wider adoption.

Since Bitcoin has been able to maintain $16,500 over the last few days, it is potentially ready for a weekend pump before GDP and Core PCE numbers are released towards the end of this month.

Meanwhile, Binance CEO Changpeng Zhao has reportedly allocated $1 billion to a recovery fund as a fail-safe for the future after what we saw happening with the FTX implosion.

Bitcoin was able to hold above $16,300 and is currently setting up for a potential squeeze. We can also see buy walls coming in to protect $16,300, and if traditional markets open positively, $17,000 will be very likely and the chances of $17,600 over the weekend will be high as more participants open longs. 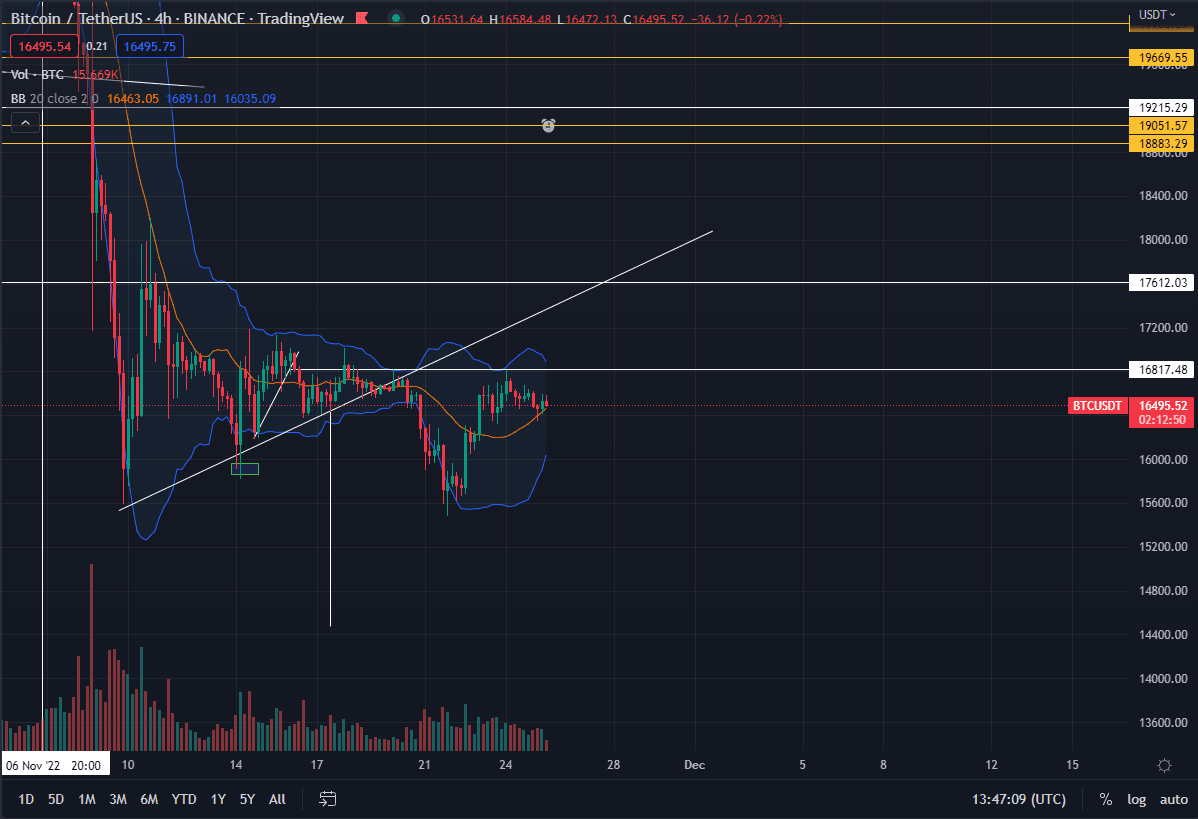 Ethereum has been a bit more volatile over the last few hours but that is not out of the ordinary for an altcoin. It broke below $1,187 which was a key level but moved back up again shortly after. For now, $1,180 is a good level to watch out for and could be the potential area to start a new leg up toward $1,260. 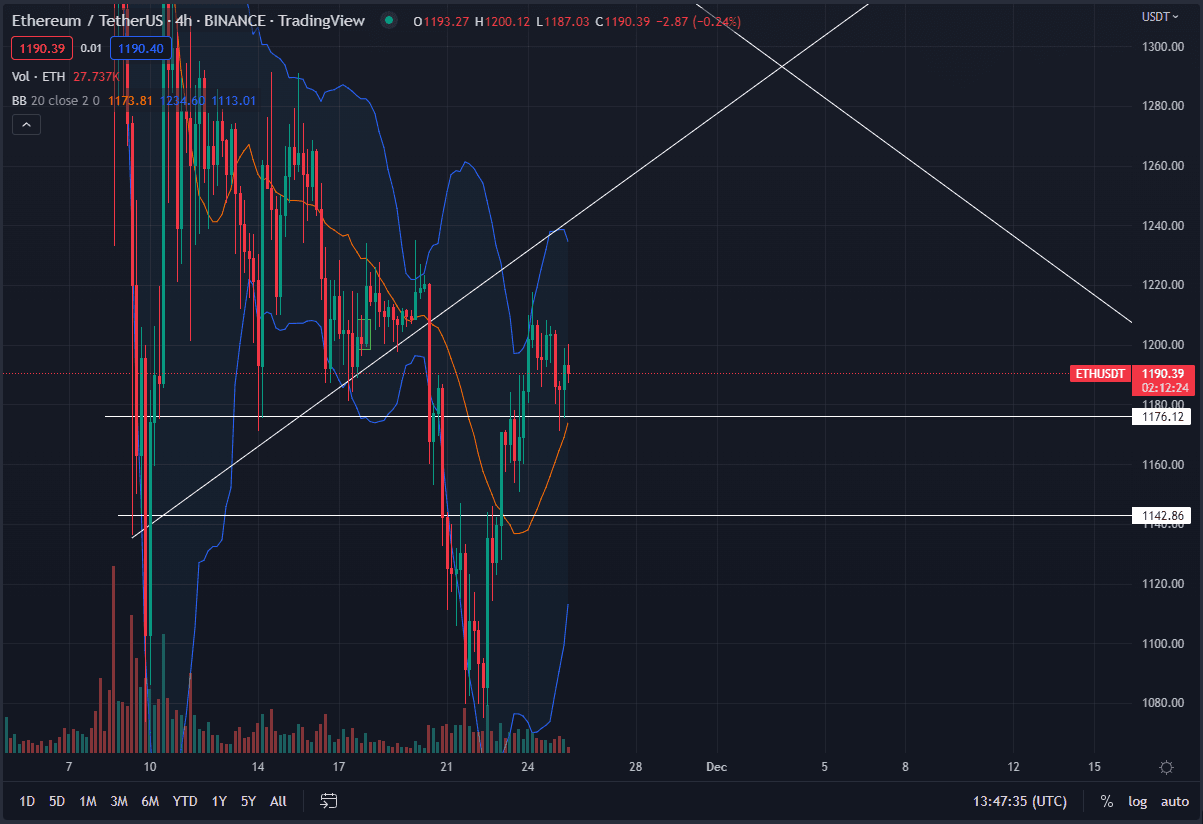 Another day when we saw the red and gray dominate the NFT heatmap, with RKL Rookies (216.12%) being the only one in the top 50 to post a three-digit rise in volume. 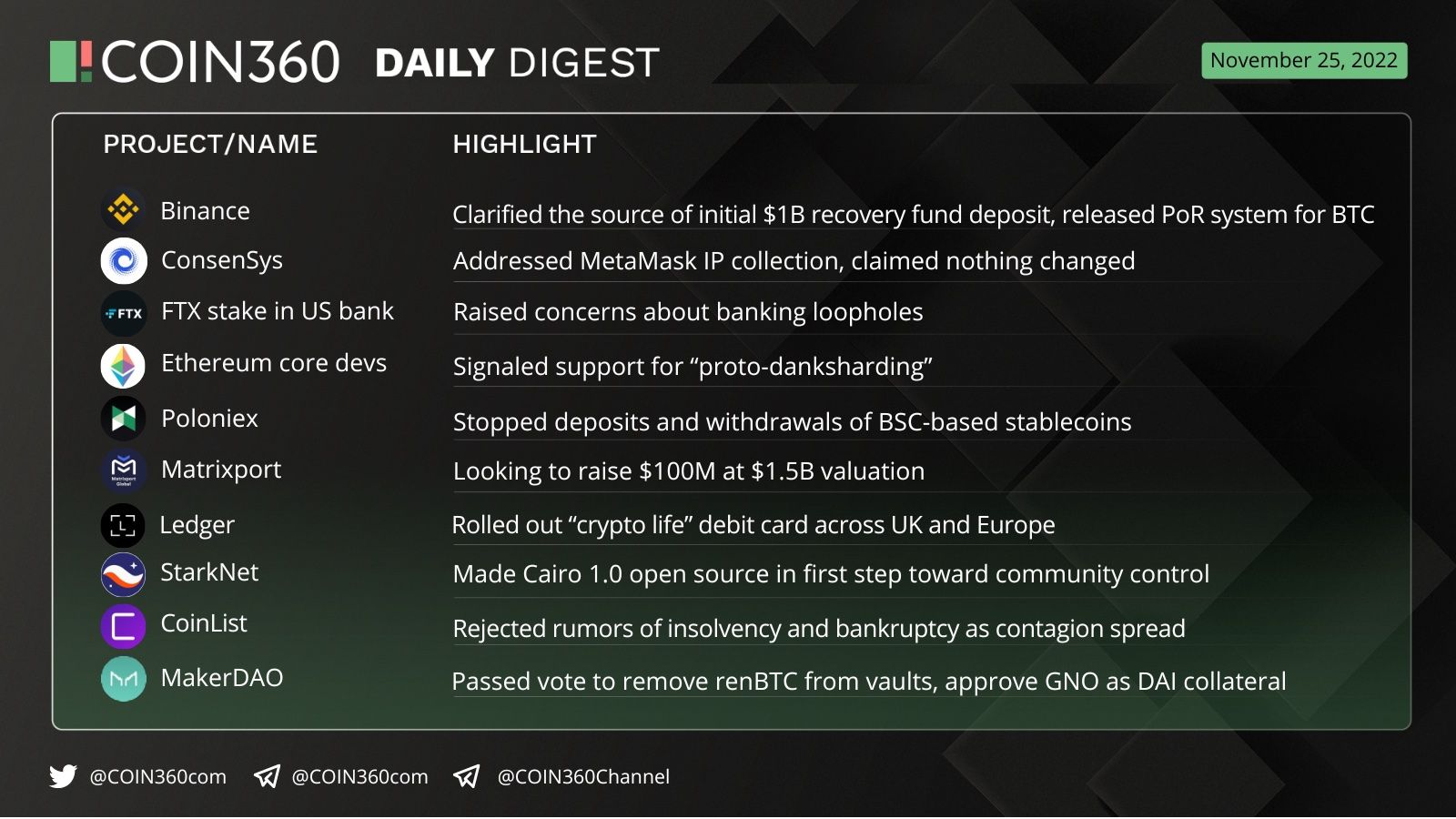