News/Bitcoin rests at $17,000 ahead of Powell speech and CPI release
4 weeks ago6 mins read

Bitcoin rests at $17,000 ahead of Powell speech and CPI release

Bitcoin reached $17,400 yesterday, but was unable to break through. The market leader fell as low as $17,130, and is moving sideways ahead of Fed chairman Powell's speech today. Hints as to the next steps planned by the Fed will be critical in giving the market a direction.

The CPI release on Jan. 12, however, remains, the big catalyst market participants should look toward for volatility, especially as BTC's market depth is not the same as it was pre-FTX.

Meanwhile, the S&P had a rally and broke through our resistance band at 3,950 before going up to 3,975. Increased selling pressure brought it down to 3,900, where it is currently sitting. DXY, on the other hand, continued to slide, coming down to 103.2 right now. This breakdown facilitated the rise in crypto and traditional markets.

Bitcoin's price surge have come to an end with this relief rally as our target for $17,400 has finally been meet. Not much has changed since yesterday, except some sell pressure at the top. However, a lot of last-minute longs were opened before today's speech by Powell and CPI numbers on January 12. While there is a fair value gap on the daily around  $19,800, first we’ll have to breach $18,000 if we continue to move higher.

Ethereum also reached its range top at $1,350 which was followed by a swift rejection last time. So far, we can see some buying pressure as price is still trying to find support around $1,330. Ethereum, however, should also retrace down to $1,250 to grab some buy side liquidity before moving further up. There is a daily FVG present around $1,500 and that is the best case scenario for any bullish rally.

The Memes by 6529 (+644.19%) saw a big increase in daily volume to rank #3 on the leaderboard following the announcement regarding The Meme Labs contract. 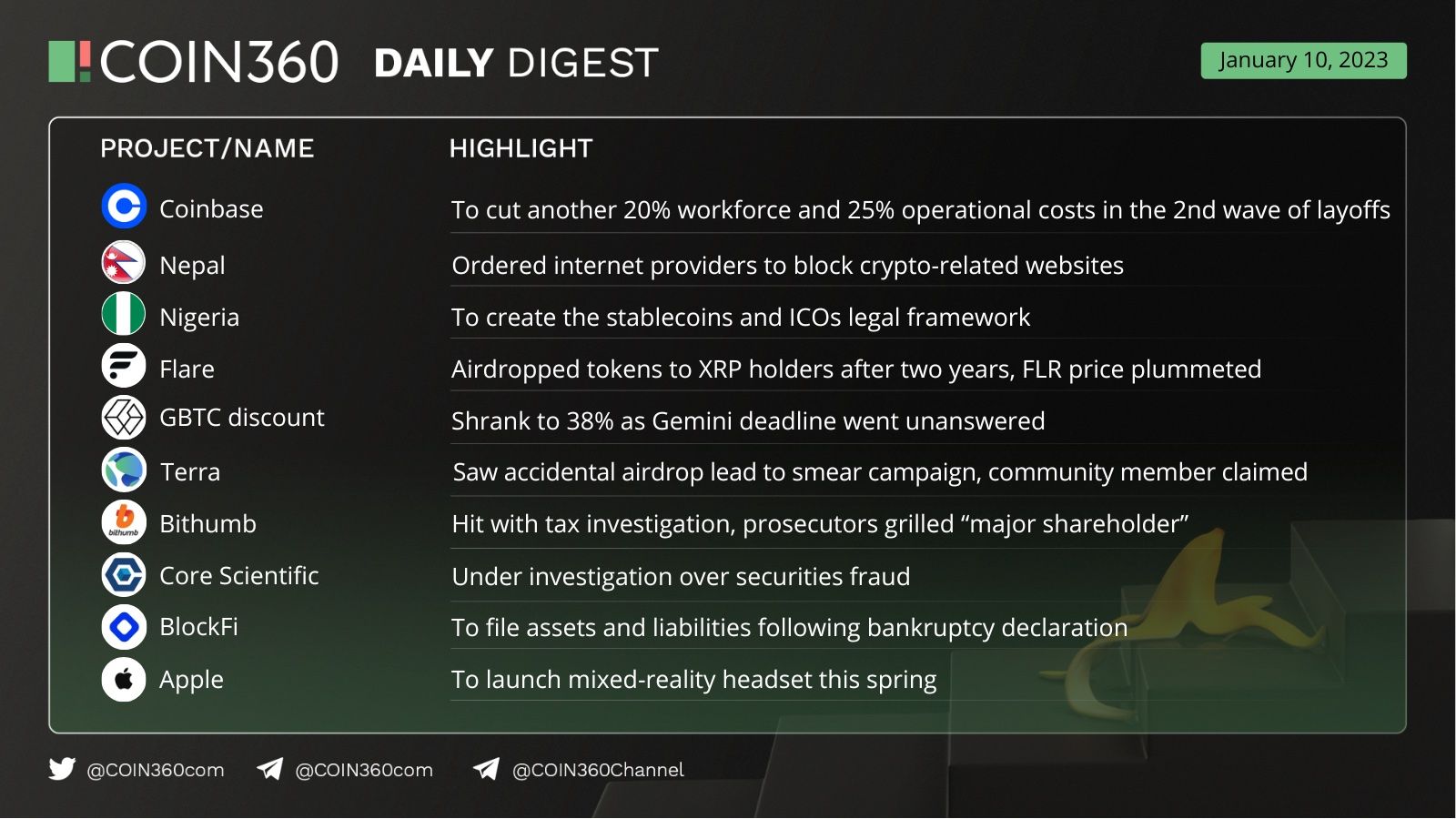