Bitcoin has been trapped in a range highlighted in earlier updates, trading between $19,600 and $18,700. Bulls have been losing ground and facing lower highs, and will need to contest $19,000 today, if we are to see a rally materialize. 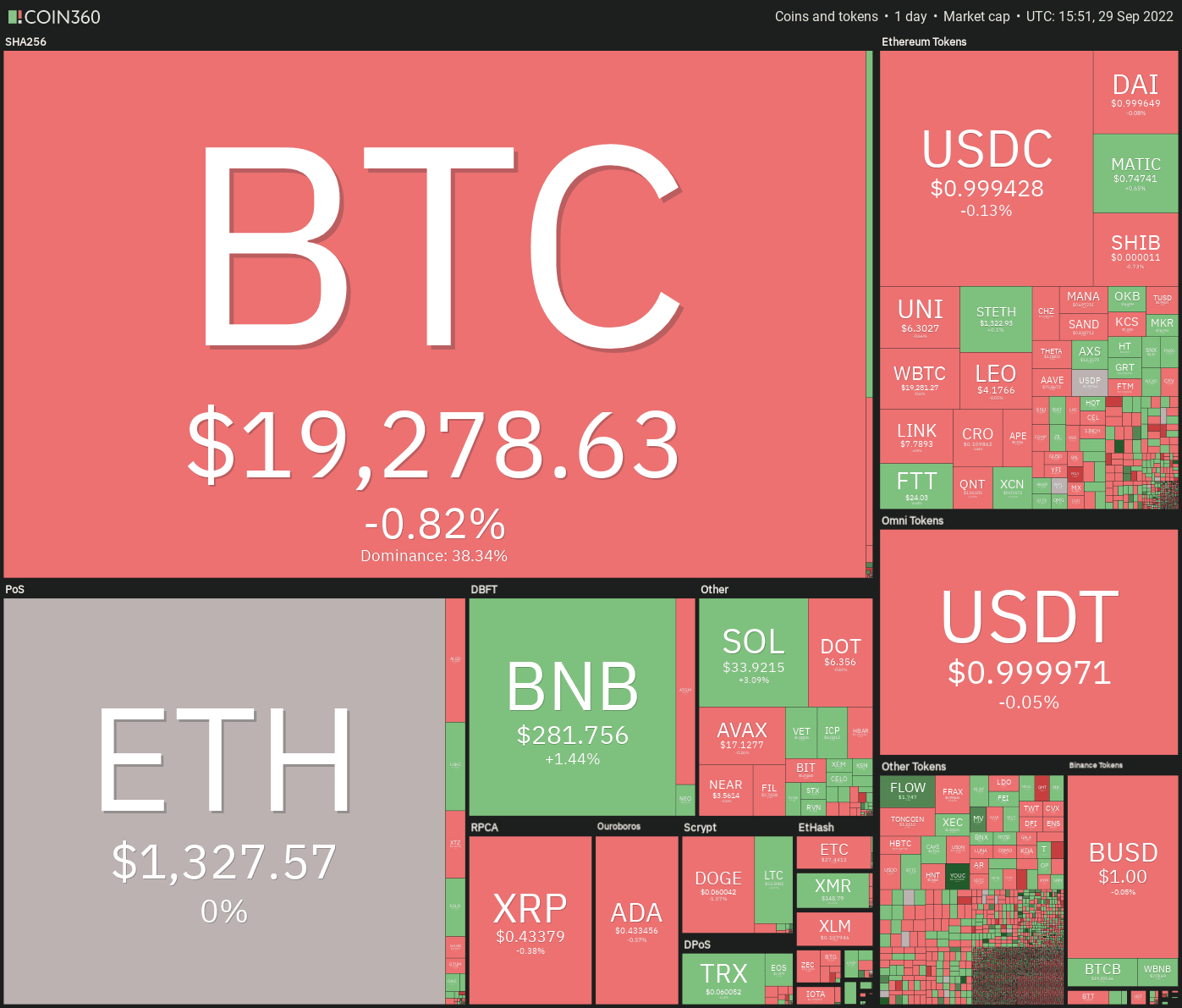 Unfortunately, S&P 500 hasn’t been able to hold 3,671 pre-market today and is currently tumbling down to 3,650. Today's data releases, including PCE and GDP figures indicated that the Fed has more room to raise rates, giving bears room to push harder.

ETH has been following BTC closely, and also fell to $1,290 before finding some relief.

Bitcoin’s recent price action has been brutal to say the leas as the chop has likely to have stopped and liquidated many positions over the last few days.

This week it looked like bulls had finally gotten back some control, but we saw a rejection from $20,300 and it has been downhill ever since. We recently broke an S/R flip area which has triggered a long squeeze and we might be testing $18,200 soon if bulls don’t step up at the trend line at $18,900. 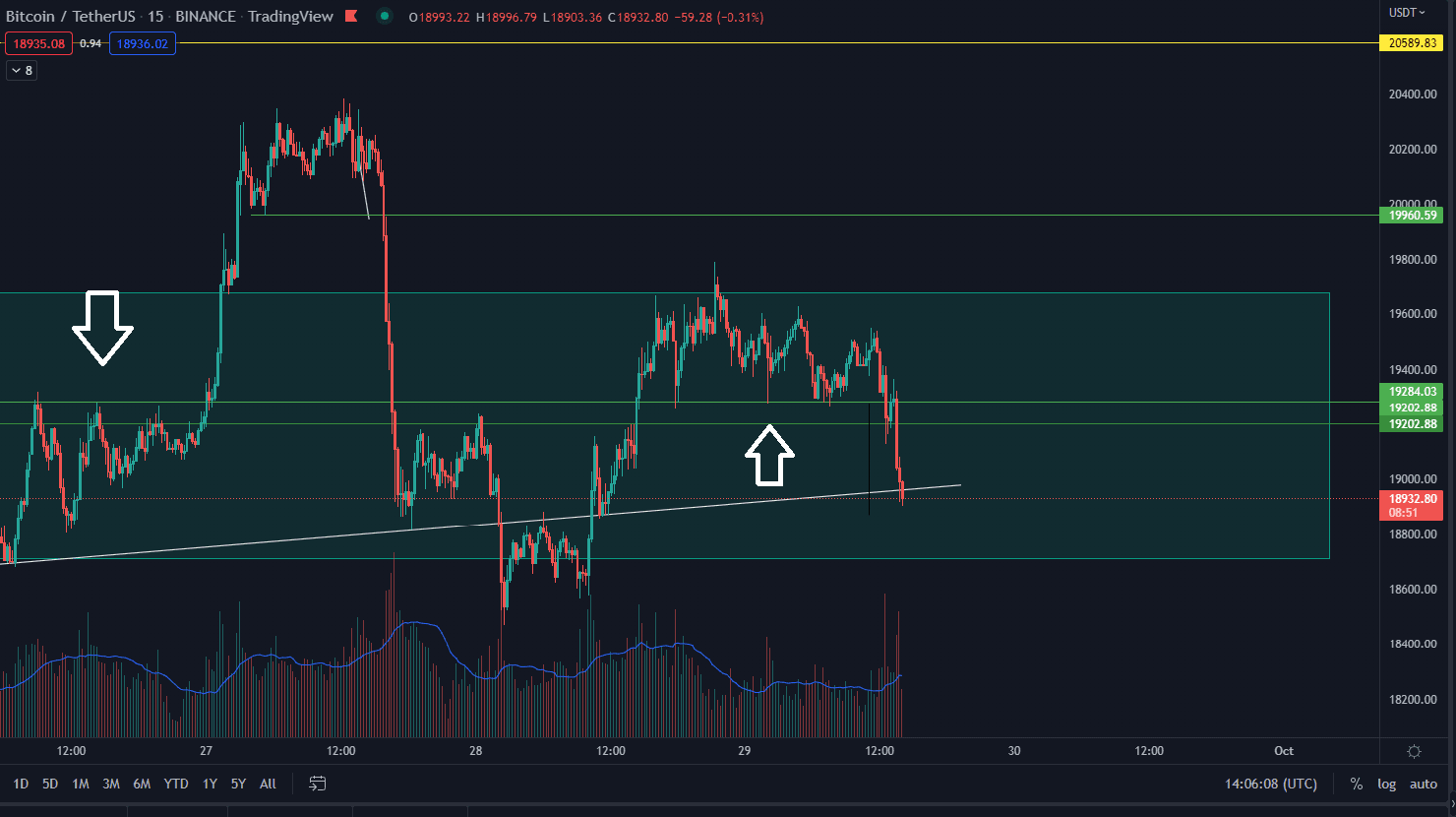 Ethereum has displayed an exaggerated version of Bitcoins price action with its range being even more volatile. We have, however, developed strong support in the $1,260-$1,250 area, which every range trader has used to build up longs to sell towards $1,300.

Soon we’ll find out if the support will once again act as a saving grace for the bulls or be used as a trap to get long liquidity as we head further down towards $1,060 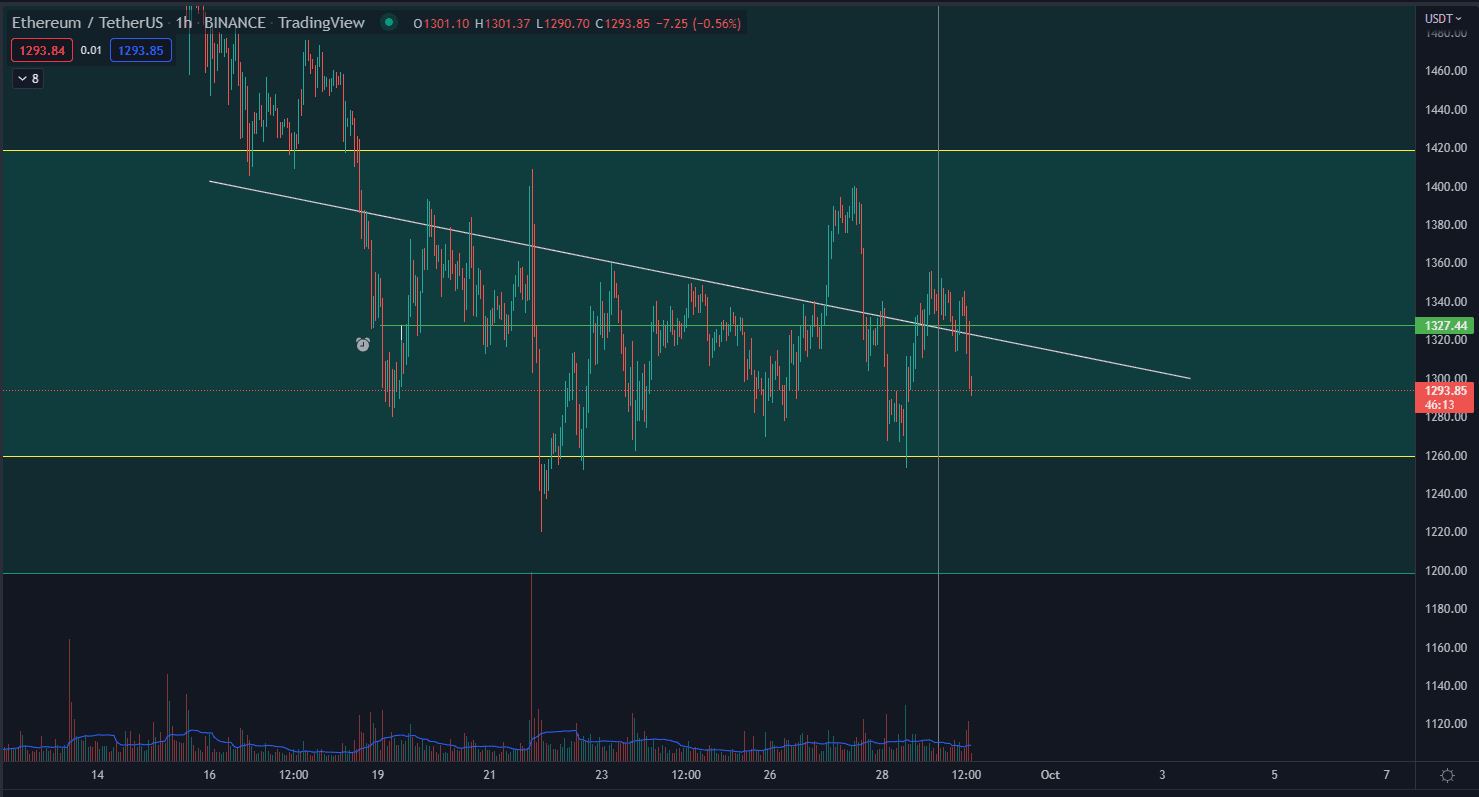 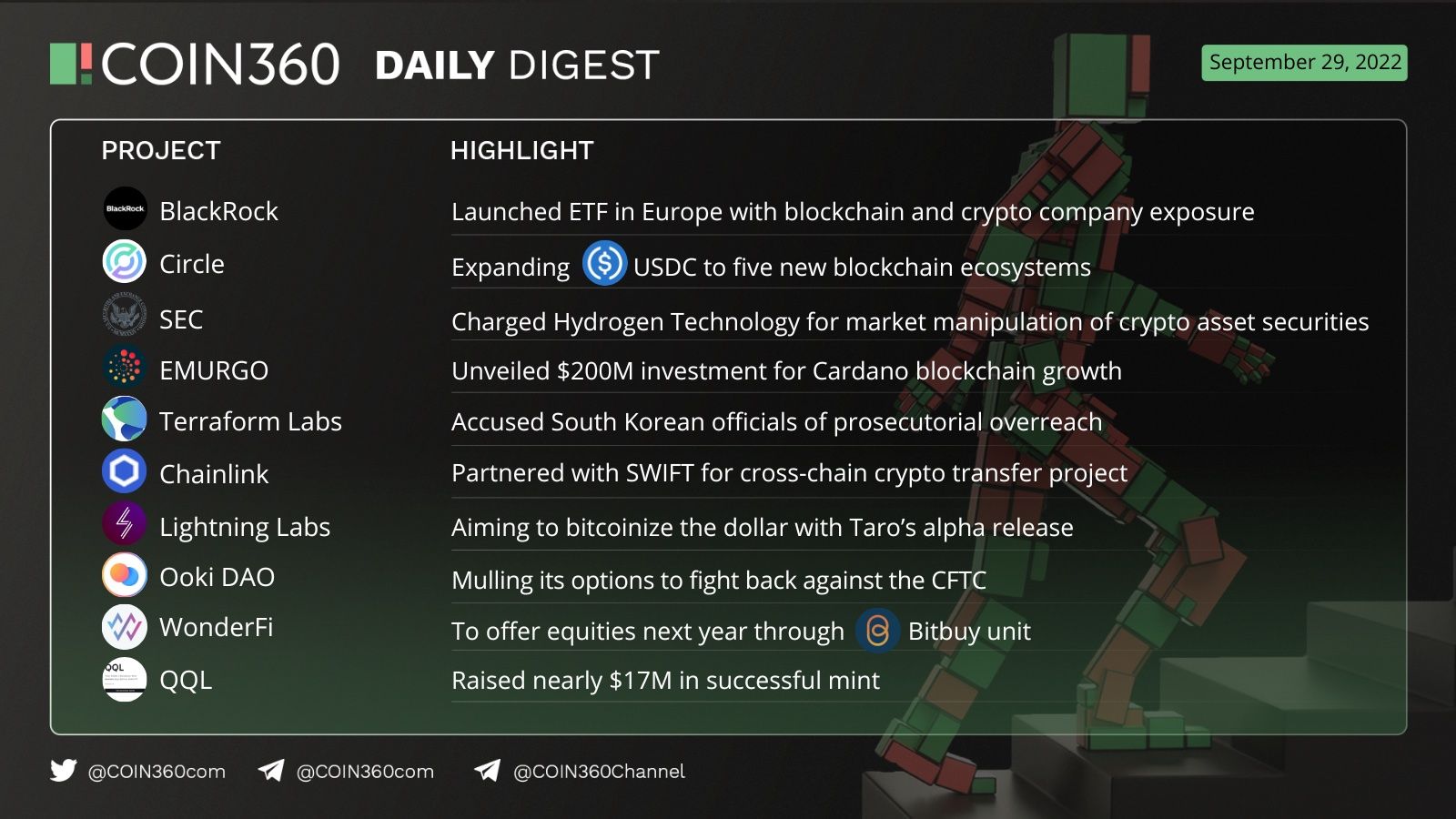